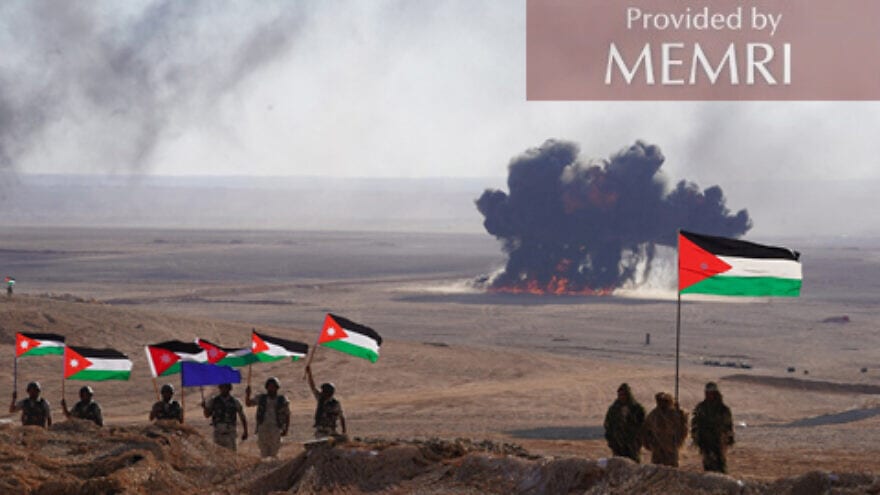 The Jordanian Army conducted a series of military maneuvers this week simulating an attempted invasion of the kingdom, but which also appeared to be a message to Israel.

The maneuvers, which took place on Nov. 25 in the presence of Jordan’s King Abdullah II, were named “Swords of Karameh,” in an apparent reference to Israel’s 1968 military operation against Fatah near the Jordanian village of Karameh, in which the Jordanian Army fought alongside the Palestinian group.

Jordan’s official Petra news agency and the Jordanian media reported that the maneuvers involved large numbers of ground and air vehicles, and were aimed at “destroying the vanguard of the enemy and the bridges that can be used as crossing points” into Jordanian territory.

While the official Jordanian reports did not explicitly mention Israel, the reference to the Battle of Karameh and the fact that the drill focused on an invasion via bridges—that is, bridges over the Jordan River that forms the border between the two countries—strongly implies a connection.

Furthermore, a photo of the maneuvers published in the Jordanian media showed King Abdullah standing with army commanders in front of a model of Jordan’s western border and the Dead Sea area. An article published by a local Jordanian website stated explicitly that the maneuvers simulated a battle with “the occupying entity across the river”—that is, Israel.

In attendance for the maneuvers, in addition to the king, were Jordanian Prime Minister Omar Razzaz, director of the Royal Court, several government ministers and members of the upper and lower houses of the Jordanian parliament. Also present were university heads and students, army veterans and military attachés from several unidentified countries.

The full report is available at the MEMRI website.