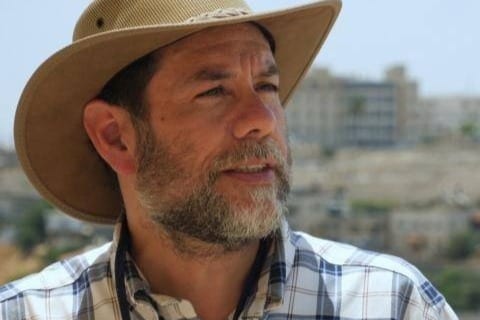 A new project based on a miraculous-but-true story may return the Temple vessels which have been hidden away in plain sight, waiting for the proper time to build the Temple.

Rabbi Harry Moskoff, the award-winning producer of producer and writer of “The ARK Report”, has been searching for Temple artifacts for many years. He bases his search for Temple artifacts on the Jewish sources and traditions of what was done with the vessels before the Second Temple was destroyed.

His current project is based on a remarkable story that began 120 years ago:

About 100 years ago, before World War One, a Jewish farmer was working in his field outside of Jerusalem,” Moskoff told Breaking Israel News. “Suddenly, the ground opened up beneath him and he fell into a deep pit that had been covered with soil. After recovering from the fall, he discovered that the pit contained gold and silver vessels. He knew immediately that these were the holy vessels that had once been used in the Temple service and had been hidden away.”

He covered up the entrance to the pit, drawing a map so he could find the location in the future. He felt the discovery was a burden that he could not carry. He needed to tell someone but he feared that if anyone in Israel knew, the secret might be discovered by the enemies of the Jews.

The farmer traveled to America, which was no small feat, but he was convinced that finding the Temple’s vessels required consulting the greatest Torah sages of the generation. He entrusted the map to Rabbi Yaakov Yosef Herman, one of the leading rabbinic authorities of the time.”

Rabbi Herman questioned the farmer. When he was convinced of the veracity of the account, he sent the map to Rabbi Yisrael Meir (HaKohen) Kagan, a Torah sage known as the Chofetz Chaim. Rabbi Kagan, privy to many secret traditions that had been handed down orally from one scholar to another, determined that the map revealed the true location of the hidden vessels. Rabbi Herman asked Rabbi Kagan what should be done with the hidden treasure.

Rabbi Kagan responded that the time was not right, that the generation was not prepared to make use of the vessels so they must remain hidden. He ordered the map destroyed. The Chofetz Chaim had the ability to influence people’s thoughts and he made the farmer forget the entire story “until the day he died.”

Rabbi Herman passed on the story in detail to two people: his son and Rabbi Chaim Pinchas Scheinberg. One day, more than 30 years ago, the son was learning Torah in Lakewood, New Jersey and he suddenly remembered the story and began to wonder why nothing had been done to find the vessels. He tried to contact the farmer but the farmer had died. The day before he remembered the story.

The son recreated the map based on what his father had told him.

About two years ago, Moskoff was writing his book, The Ark Report. He hired someone well-versed in Torah sources to transcribe interviews included in the book. After listening to the tapes, the transcriber called Moskoff.

“His wife was part of the inner-circle Rabbi Scheinberg entrusted with the story,” Moskoff related. The transcriber connected Moskoff with the person who had been entrusted with the details of the cave’s location. After all the relevant parties consulted with each other, they realized that it had to be divine intervention that brought Moskoff to them.

“I spend a lot of time and energy searching for Temple artifacts,” Moskoff said. “But this simply fell into my lap; the actual map of the location where the farmer saw the Temple’s vessels.”

After such a convoluted chain of transmission, finding the precise location was not so simple or easy. Moskoff has spent the last two years searching for the site, surveying all the possibilities. When he fiound what he believes to be the site, he was surprised to find that it is actually a vacant lot.

Since finding the spot, Moskoff has acquired all the government permits required. He has also received the blessings of several prominent rabbis (and hidden righteous men)  for success in his mission.

“My theory, based on Jewish sources, is that the Temple priests knew beforehand that events were going in a horrible direction and the Temple would be destroyed,” Moskoff said. “The sources indicate that they hid most of the vessels about a year before the Temple was actually destroyed.”

“There were duplicates of all the vessels,” he explained. “If a vessel became ritually impure or broke, they needed to take it out of the Temple to purify or fix it. They needed a replacement to use in the daily service until it was replaced.”

“The Roman stole the vessels from the Temple but the duplicates remained hidden.”

The precise location must remain a secret lest interlopers steal any artifacts still at the site.

“There are artifacts from the Temple that were sold on the black market and ended up in museums all around the world,” Moskoff lamented. “There were ten incense shovels discovered that are now outside of Israel, one in Abu Dhabi, London, and South Korea, though they are usually labeled in a way that does not mention the Temple. Even if they stay in Israel, Temple artifacts are problematic for the left-wing agenda so they probably won’t see the light of day.”

The location is very accessible from the modern city of Jerusalem. It may seem incredible that these treasures could remain hidden for 2,000 years in such a publicly accessible spot but Moskoff sees this as part of the story.

“On one hand, it clearly required a high level of divine intervention to keep the site hidden while construction was going on all around it. The site is completely vacant and has never had heavy construction done on it,” Moskoff said. “On the other hand, this is Jerusalem, one of the most ancient cities in the world. It is difficult to turn over a shovel of dirt in Israel and not discover something ancient. I can’t be too far off.”

Moskoff hopes that the search at the site will return the vessels to the Nation of Israel in order to be used in the prophesied Third Temple. He intends to create a film to document this search.

He has spent the past year verifying that the site is correct. He has also spent the time meditating on his own personal part in the process of returning the Temple vessels. The rabbis and hidden righteous men have urged him to move forward.

Not only is it time, but if we hesitate, we might lose the opportunity,” Moskoff said. “It would be like being sent back out to die in the wilderness.”

Moskoff only has government permission to search the site for two weeks and he needs funding for the project. People can take part in the search by donating at the GoFundMe website.