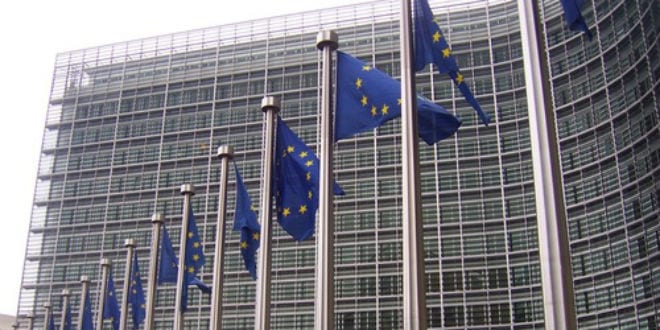 The following quotes are from Jewish citizens of various European countries, gathered during a survey earlier this year on Jewish perceptions of anti-Semitism that was carried out by the European Union.

“Anti-Semitism and racism are like the Wiener Schnitzel. They are part of the Austrian cultural heritage, just as xenophobia and ‘we are different.’ There is nothing to fight against, just suppressing the consequences has to suffice.”

“The way things are now, I experience, for example, that ‘Jew’ is a widespread cuss word in Copenhagen. As a Jew who has grown up in Denmark, I have always avoided showing/telling people I am a Jew.”

“For the past 12 years, anti-Semitism has no longer been a taboo in Germany, and so it occurs more often—verbally and physically, on German streets and in social media.”

“I can’t be discriminated against [here in Poland] if no one knows that I am a Jewish. I answer a direct question about my nationality with a lie.”

“At work and in the media and social media, anti-Semitism [in France] is a daily and unrepressed occurrence.”

There is an air of resignation that hangs over these comments—a sense that hostility towards Jews is something that must be managed, rather than defeated. The Austrian respondent quoted above wittily described anti-Semitism in his country as akin to a schnitzel, an indelible part of that country’s social and cultural fabric that can produce deadly consequences if we are not sufficiently careful. The respondents in Denmark and Poland adopted a similar stance, effectively arguing that the most efficient way of avoiding anti-Semitic harassment was not to admit to being Jewish in the first place.

As difficult as these quotes are to read, they are nonetheless in keeping with the statistical data presented in the E.U. survey of European Jews. A full of 85 percent of respondents across the continent agreed that anti-Semitism was a “problem,” with a plurality describing it as a “big problem.” As the European Union observed in the summary accompanying the report, “hundreds of respondents personally experienced an anti-Semitic physical attack in the 12 months preceding the survey. More than one in four (28%) of all respondents experienced anti-Semitic harassment at least once during that period. Those who wear, carry or display items in public that could identify them as Jewish are subject to more anti-Semitic harassment (37%) than those who do not (21%).”

Another, more recent survey of anti-Semitism by the Anti-Defamation League last week—this time conducted among non-Jews on four continents, including those 12 European nations whose Jewish citizens were polled by the E.U. survey—shows, rather depressingly, that current Jewish anxieties in Europe are grounded upon a more or less accurate reading of their surrounding reality. Consider, for example, the statement in the ADL poll that “much of our lives are being controlled by secret conspiracies arranged by powerful groups.” In France, 52 percent of respondents agreed this to be the case, while in Germany the statement won 37 percent agreement, and in Spain 58 percent agreement. Similarly, the three most common anti-Semitic stereotypes in Europe neatly encapsulate the triangular denunciation of the Jews: They dominate our economy and our financial markets; they are more loyal to the State of Israel than they are to us; they talk endlessly of their suffering during the Nazi Holocaust.

Critically, both the E.U. survey of Jews and the ADL survey of non-Jews underline the distribution of anti-Semitic attitudes on the extremes of left and right, as well as across different religious and ethnic communities. Of the hundreds of Jewish respondents questioned by the European Union who had personally experienced anti-Semitic harassment, 30 percent said the perpetrator was someone with “Muslim extremist” views, 21 percent said they had been targeted by someone with “left-wing” views, and 13 percent by someone with “right-wing” views. According to the ADL survey, anti-Semitism is a greater presence on the left in Belgium and the Netherlands, while in Germany and Austria, anti-Semitism stems principally from the right.

What the ADL survey also showed is that whether the manifestation of anti-Semitism is greater on the left or on the right, the underlying animus—Jewish wealth, Jewish disloyalty, Jewish tribalism—is the same for both. Among European Muslims, the ADL found that acceptance of anti-Semitic stereotypes was substantially higher in these communities—on average almost three times as high—than among the national populations in the six countries examined: Belgium, France, Germany, Italy, Spain and the United Kingdom.

There is other data on anti-Semitism that has been gathered in the last 12 months that only bolsters this grim picture. Jewish communities in Germany, France, the United Kingdom, the Netherlands and Denmark have all reported significant increases in anti-Semitic offenses. At the same time, all of these communities are careful to emphasize that these increases may in fact be bigger than recorded since the majority of victims of anti-Semitism do not report their experiences to either communal bodies or law-enforcement agencies.

All in all, then, 2019 has been a year in which we learned a great deal about how Jews in Europe see anti-Semitism and how non-Jews see it, as well as the scale of the problem and the types of anti-Jewish themes that continue to resonate. We have also learned that even with tougher legal sanctions, there is a limit to what governments are able or willing to do to counter anti-Semitism. The data suggests that it is at the level of what is sometimes called “civil society”—our schools and colleges, our houses of worship, our political associations and especially our social-media platforms—that the real work of combating anti-Semitism remains to be done.