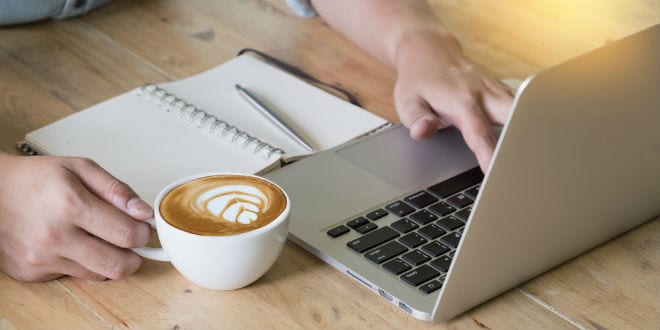 Online shoppers around the world are expected to spend (or waste, if they purchase things they don’t need) many tens – or even hundreds – of billions of dollars on merchandise in November, as Singles Day, Black Friday and Cyber Money sales offer significant discounts.

Alibaba, the Chinese multinational conglomerate specializing in e-commerce, sold $38 billion worth of goods on Singles Day this month, while 86% of Americans alone are expected to spend even more of their hard-earned cash on Black Friday and Cyber Monday. Nearly eight out of 10 US “Baby Boomers” are due to purchase online via pre-Christmas sales, spending an average of $626 each.

While in the past, most cyber shoppers used their laptops or desktop PCs for this, last year a very large percentage of purchases were carried out on smartphone screens.

But researchers at Ben-Gurion University of the Negev in Beersheba warm that in this holiday shopping season, consumers may make better shopping decisions using their PCs rather than smart phones or other mobile devices. “The issue is not actually screen size,” says Prof. Lior Fink, head of the university’s Mobile Behavior Lab and a member of the department of industrial engineering and management, who will present his findings at the International Conference on Information Systems in Munich from December 15 to 18.

According to Adobe Analytics, in 2018, phones accounted for 47% of traffic to online stores and 36% percent of sales. The last Black Friday, in 2018, was the first during which there was more than $2 billion in online US sales via phones. “

Most e-commerce providers use “responsive web design” to adapt the presentation of information to the device used.” Fink explained. “While mobile-friendly presentation improves visibility, it reduces the amount of information and causes consumers to make decisions that are less consistent with their preferences.”

From a pure decision-making perspective, the Ben-Gurion University study shows it is better to simply present the same information irrespective of the device used. Consumers will find the information more difficult to view on mobile devices, but their decisions will be more accurate.

Fink and his master’s student Daniele Papismedov conducted two experiments in the Mobile Behavior Lab focused on choosing a fictitious hotel room among 11 room options. Participants viewed the information either on a PC or on a mobile device. They viewed eight informational features about each room option on the PC display and only three on a mobile display. While all the information was available in both displays, it was more readily available on the PC display.

The assignments to a specific device and to a specific display were independent of each other. The experiments showed that when the same information was presented on both screens right up front, equally accurate decisions were made. As a result, the research showed that participants made decisions that were less accurate and less aligned with their preferences as a consequence of the mobile display but not as a consequence of the mobile device. Whether it is choosing a hotel room, a new dress or a new TV, the researchers believe that shoppers will have a more accurate shopping experience in line with their preferences using a PC rather than a mobile-friendly format.