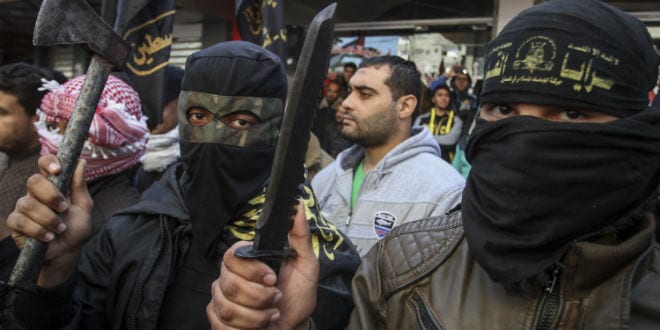 Israel fought a battle in Gaza last week, but not against Hamas. That’s the news. The rest will be commentary.

The battle was between Israel and Palestinian Islamic Jihad (PIJ), a terrorist organization (so designated by the United States, the European Union and others) whose goal is to burn Israel to the ground and establish an Islamic state on its ashes.

PIJ is Hamas’s ally, but also its rival. Estimated to have 6,000 fighters compared to Hamas’s 30,000-man army, it was founded by Palestinians inspired by the 1979 Islamic Revolution in Iran.

Since then, it has been supported and directed by the theocrats in Tehran who regard the annihilation of Israel as a goal that unites Islamists, whether Shi’ites like themselves or Sunnis such as PIJ and Hamas.

Hamas is more tolerant of PIJ than of its Sunni ally/rival, Fatah, the controlling faction in the Palestinian Authority. In 2007, Hamas and Fatah went to war over who would rule Gaza. When the smoke cleared and the blood dried Hamas emerged as the victor, and since then P.A. leader Mahmoud Abbas dares not set foot on Gazan soil.

While Hamas leaders also look to Tehran for backing and are respectful of the ruling mullahs, they do not welcome PIJ escalating the conflict with Israel either on orders from those mullahs or on its own initiative. The conflict last week is the result of PIJ doing exactly that.

In the past, Israel’s policy has been to hold Hamas responsible for any attacks coming from the territory it controls. This time, however, Israel made an exception.

Khaled Abu Toameh, for my money the most knowledgeable journalist covering the Palestinian-Israeli conflict, reported that Israel, via Egypt, communicated to Hamas leaders that so long as they refrained from joining PIJ in this latest round, they would not find themselves in Israel’s crosshairs.

The tension between the two terrorist groups went public Friday, when Mahmoud Zahra, a senior Hamas official, attempted to pay his condolences to the family of Baha Abu al-Ata, a top PIJ commander assassinated three days earlier in a pre-dawn Israeli airstrike.

Israel officials blame Abu al-Ata for numerous rocket and sniper attacks on Israeli cities and towns over many years, including some as recent as this month.

IDF Spokesperson Brig. Gen. Hidai Zilberman told an Israeli news outlet that Abu al-Ata was a “ticking bomb.” Israeli Deputy Defense Minister Avi Dichter (Likud) added: “We had to make sure PIJ would understand that they can’t shoot at Israel whenever they want.”

No military in the world is more surgical than the IDF, but PIJ, like other terrorist groups, uses human shields, which virtually ensures non-combatants will be killed. Israel’s enemies then charge Israelis—not PIJ—with war crimes.

Late last week, Egypt brokered a ceasefire which, as I write, appears to be holding.

What has this most recent battle changed?

First: It seems to me that Israel has reinforced deterrence, a key objective. Its national security professionals have demonstrated that they are hard at work despite the fact that Israel’s politicians, after two elections, remain unable to form a coalition to replace the caretaker government led by Prime Minister Benjamin Netanyahu.

Second: Netanyahu’s long-standing strategy vis-à-vis Hamas—sometimes called “mowing the lawn”—has again proven itself the least bad option. More hawkish Israelis have called for defeating Hamas once and for all, but if such decisive action led to either PIJ taking over Gaza or Israel having to assume responsibility for the territory, the victory would be Pyrrhic.

Hamas remains Israel’s sworn enemy. But its restraint in this instance suggests that its leaders see an informal truce as being in their interest. How long that might last is hard to say. They will not want to give even the appearance of having lost their jihadi zeal.

Why do they now want what the Israelis call “quiet for quiet”? Probably just to rearm for the next round of violence. Is it possible that Hamas wants to spend some time and resources alleviating the poverty and squalor that have deepened in Gaza over due to years of conflict? I’ll believe it when I see it.

One more outcome: Tehran’s imperialist ambitions have suffered a setback. Israel has dealt Iran’s most obedient proxy in Gaza a serious blow. This comes at a difficult moment for the theocrats. In Lebanon, even the Shi’ite community is protesting the economic corruption and mismanagement of a political elite headed by Hezbollah, the theocrats’ satrap. In Iraq, demonstrations continue and are being directed specifically against Iran’s presence and power.

And inside Iran over recent days, protests have been growing—both in number and violence—in reaction to the economic hardships imposed by a regime obsessed with revolutionary empire-building. Among the chants: “No to Gaza, no to Lebanon, my life is for Iran!” and “Oil money is gone! Spent on Palestine!”

Come to think of it, that too is news, not just commentary.