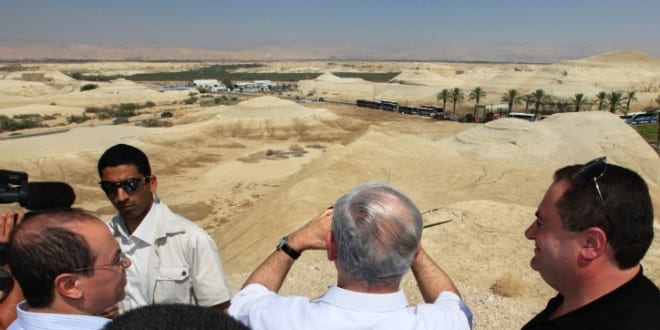 While much of the world screamed at the Trump administration’s announcement that international law does indeed grant Israel the right to Judea and Samaria, Israeli Prime Minister Benjamin Netanyahu took the opportunity to move forward towards redemption.

U.S. Opens the Door and Netanyahu Jumps Right In

As per a campaign promise made before the September 17 election, Netanyahu announced on Tuesday approved a bill that would annex the Jordan Valley. The initiative for the bill actually came from Sharren Haskell (Likud) who, in light of Secretary of State Mike Pompeo’s announcement, requested that the bill be exempted from the mandatory six-week waiting period and be fast-tracked with a Knesset vote held next week. The move would include about 20 percent of Judea and Samaria into Israel.

“There is no reason this important decision shouldn’t pass in the Knesset plenum with a majority of 80 MKs,” Haskell told Makor Rishon.

The vote should go through with ease since Benny Gantz, head of the left-wing Blue and White party, announced two weeks ago that he supported annexing the Jordan Valley and the area adjacent to the Dead Sea. The left-wing party responded to Netanyahu’s campaign promise by saying,  “[We are] happy Netanyahu is adopting the Blue and White policy platform.” Gantz is currently in negotiations to form a coalition government. Since he may have to join forces with the Arab parties, he may revise his platform regarding the annexation of the Jordan Valley.

Rabbi Yehudah Glick, a Temple Mount activist and former Likud Member of Knesset, described the annexation of the Jordan Valley as the beginning of redemption.

“The Jordan Valley, in particular, Jericho, was where the Jews first came into Israel,” Rabbi Glick told Breaking Israel News. “That was the beginning of the first redemption. It was where we first became a free nation. “This announcement is more than a political agenda. Just like the Jews who first crossed the Jordan River after the Exodus from Egypt, this is an announcement to the world that we are home.

“It is perfectly appropriate that this is where we announce that we have well-and-truly come back home. Now, we are not only living where we were forced to go by the United Nations but this is us going by free choice, choosing to manifest the covenant with God that includes the Jordan Valley. Like Abraham, we are saying, ‘Hineni’ (Here I am).”

Some time afterward, Hashem put Avraham to the test. He said to him, “Avraham,” and he answered, “Here I am.” Genesis 22:1

“We are here, and we are ready to settle the entire land,” Rabbi Glick said. “The process we are seeing in the last two years is the world finally accepting Jerusalem in all that it means for the Jews and the other nations.”

History of the Jordan Valley

Though conquering territory in a defensive war is recognized as valid by international law, UN Resolution 242 allowed for the fate of some parts of Judea and Samaria to be determined by bilateral negotiations between Israel and the Palestinians. These negotiations were manifested in the Oslo Accords in 1993 but the Palestinian Authority announced in August that they entirely rejected the Accords.

In 1994, Israel and Jordan signed agreements establishing the border between the two countries as being demarcated by the Jordan River. In this agreement, Jordan effectively relinquished any claim they might have had over the region.