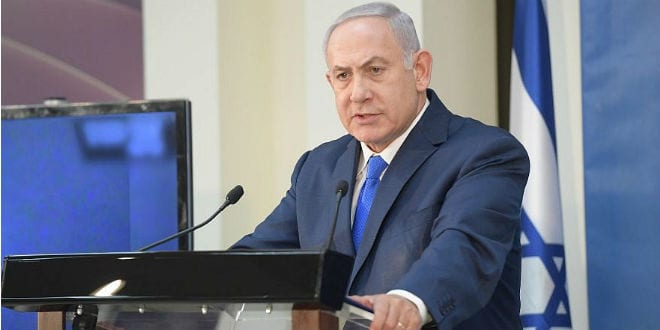 The Trump administration once again shocked the world by standing strong with their greatest ally, Israel, by declaring that Jews living in Judea and Samaria are not in contravention of international law. On Monday, the U.S. State Department revised a 41-year-old opinion that had dominated foreign policy.

“After carefully studying all sides of the legal debate… the establishment of Israeli civilian settlements in the West Bank is not, per se, inconsistent with international law,” Pompeo said at a press conference. Pompeo noted that this reset the foreign policy to a position held by President Ronald Reagan’s in 1981 who held that the settlements were not “inherently illegal.”

“Calling the establishment of civilian settlements inconsistent with international law has not advanced the cause of peace,” Pompeo said on Monday. “The hard truth is that there will never be a judicial resolution to the conflict, and arguments about who is right and who is wrong as a matter of international law will not bring peace.”

Pompeo said the US government is “expressing no view on the legal status of any individual settlement” or “addressing or prejudging the ultimate status of the West Bank.”

"The Trump administration is reversing the Obama administration's approach towards Israeli settlements," Pompeo announces. The U.S. will no longer view them as inconsistent with international law https://t.co/gywPb6ga1W pic.twitter.com/Z2lxbDTKpI

This announcement stands in stark contrast to the Obama administration which referred to Jews living in Judea and Samaria as “the greatest obstacle to peace.” One of the last acts of the administration was withholding the veto against a UN resolution declaring these settlements as a “flagrant violation” of international law.

Somebody needed to say a simple truth, and President Trump did this, just as he did with the recognition of the Golan Heights and the moving of the US embassy to Jerusalem

On Tuesday, Netanyahu visited the town of Alon Shvut in Gush Etzion in the hills of Judea, meeting with local leaders. Netanyahu warned them that any of the achievements made during his administration would disappear if he did not remain in office.

“Use everything at your disposal to ensure that I stay as prime minister,” Netanyahu said. “All of America’s declarations will be meaningless if I’m not prime minister.”

Netanyahu noted that his opponent, Benny Gantz, was currently working to form a coalition that would include Arab parties.

“We’re on the brink of a minority government, and I’m not hearing anything from you. Great things are happing in the background, but we are in danger of losing everything.”

Netanyahu has vowed to annex some, if not all, of Judea and Samaria. This is consistent with UN Resolution 242 passed in 1967 which expressly stated that the fate of some, though not all of the territory, conquered in the 1967 Six-Day War would be subject to negotiations between Israel and the Palestinians.