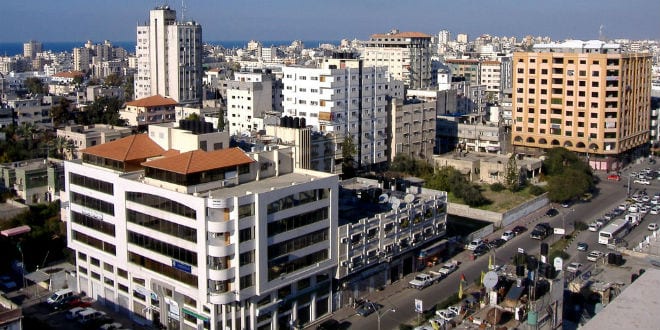 “The ultimate test of this agreement will be a test of blood. If it becomes clear that [the Palestinians] cannot overcome terror, this will be a temporary accord and…we will have no choice but to abrogate it. And if there is no choice, the IDF will return to the places it is about to leave in the upcoming months.” — Yossi Beilin on the Oslo Accords

“Everything is reversible.” — Yitzhak Rabin on the Oslo Accords

One is Israel’s remarkable expertise and aptitude at the techno-tactical level that enabled such precise intelligence-gathering and minimal collateral damage in the deadly accurate strike against the arch-terrorist.

The other is Israel’s blatant ineptitude, indeed imbecility, on the strategic level that has made the need for such impressive displays of techno-tactical genius to be employed so frequently and necessarily in the first place.

Indeed, in the last three decades, Israel has surged from success to success in virtually every field of human endeavor except in what might turn out to be the most vital: securing its long-term survival as the nation-state of the Jewish people.

Perversely, despite manifesting extraordinary ability in developing the country beyond recognition in terms of its standard of living, its economic output, its national infrastructure, its cultural contribution and its diplomatic outreach, it has lurched from strategic blunder to debacle with alarming regularity. Ill-considered territorial concessions exposed Israel to predictable (and predicted) dangers, which have gravely undermined its strategic robustness.

After all, as I have been at pains to underscore on previous occasions, warnings of the perils entailed in relinquishing territory to Arab control were disdainfully dismissed as “right-wing scaremongering.”

But even for many of the skeptics and opponents of the misguided approach that aimed at mollifying brutal tyrannical regimes with an ill-advised concoction of territorial withdrawal and political appeasement, today’s grim realities have outstripped their gravest fears.

The very notion that a second-tier terror organization could paralyze almost half the country, at will, for days on end would have seemed inconceivable when the dogma of “land for peace” and its corollary of Palestinian self-government first began to dominate Israeli strategic thinking, particularly with regard to Gaza.

For while it might be a matter of speculation as to what dangers Israel might have had to face had it avoided the withdrawal from, and evacuation of, Gaza, there can be no argument as to severity of the dangers it is presently facing, having evacuated and withdrawn from it.

There is a direct line of causal links between the decision to withdraw the Israel Defense Forces from territory in Gaza and to permit the deployment of armed terrorist militias in the hapless coastal enclave—first in 1994 with the triumphant arrival of PLO chief Yasser Arafat and then in 2005 with Israel’s evacuation of the entire Strip, which have led to the current turmoil.

By providing the forces of Judeophobic terror a territorial base on which to develop the means to assault the Jewish state from the skies, on the ground, beneath the ground and from the sea, Israel has been forced to invest enormous efforts to devise solutions for problems that should have never arisen in the first place.

Without the IDF deployed throughout the Strip—a deployment facilitated in large measure by the presence of thriving Israeli communities there—the Gazan terror groups were free to pursue the production, procurement and stockpiling of weapons, and to develop military infrastructure previously unimagined.

The latest round of rocket fire against Israel has once again renewed the debate on what solution there is for Gaza, if any.

By chance, this was precisely the topic I focused on in last week’s column, just a few days before Tuesday’s violence erupted.

In it, I pointed out that virtually all conceivable policy alternatives have been tried unsuccessfully, except for the one that actually address the root of the problem.

This has been studiously avoided by pundits and policymakers alike and only raised in conversation in derisive tones, lest it be (mis)taken as a proposal worthy of serious consideration.

At the very foundation of the Gaza problem is the ill-founded notion that it could be solved by foisting self-government on the Gazan Arabs. It has been the foolhardy attempt to implement this notion, despite desperate warnings of the consequences, which has led to three decades of trauma and tragedy for Jew and Arab alike. Pig-headed persistence with the same policy rationale will invariably reproduce the results of the past with increasing costs and intensity.

The negotiated transfer of self-governance to Gaza failed, leading to an even more bizarre attempt to confer self-governance unilaterally, which has precipitated the current situation of continuous and increasingly lethal Judeocidal violence.

This perennial failure to resolve the hostility has endured despite massive international support that made Gaza one of the highest per capita recipients of foreign aid on the face of the globe, only to have the bulk of it channeled into efforts to produce the means to assault Israel or to pad the pockets of well-placed cronies of the regime.

Some have suggested demilitarization of Gaza, apparently oblivious of the fact that Gaza is already supposed to be demilitarized under the Oslo Accords. They give little clue as to why future demilitarization is likely to be any more effective than in the past, or by whom it will be enforced and how such enforcement is to be effected.

Others have suggested that Hamas should be left to rule Gaza, but should be weakened so as to reduce its ability to harass Israel. This, of course, begs the question of how a “weakened” Hamas (never mind a demilitarized one) could contend with more even radical and extreme adversaries, such as the ascendant PIJ, especially with the backing of Iran.

To arrive at an effective policy formula, Israel must abandon the flawed assumptions that have underlain previous endeavors and confront the unpalatable realities head on.

An implacable enemy, not a potential peace partner

As I have repeatedly urged in the past, there are at least two widely held and wildly misleading assumptions that must be discarded.

First, after a quarter-century and more of gut-wrenching Israeli concessions and obsequious good will gestures, Israel must come to the conclusion that the Palestinian Arabs in general—and the Gazan Arabs in particular—can no longer be assumed to be prospective peace partners, but the implacable enemies they themselves declare to be.

Secondly, it’s time to discard the assumption that the Palestinian Arabs in general—and Gazan Arabs, in particular—are hapless victims of their despotic leadership. Quite the opposite! The public at large is the very crucible in which that leadership was formed and from which it emerged.

Thus, barring some dramatic metamorphosis that will radically transform the Gazan public into something it has not been for many decades and shows little sign of becoming in any foreseeable future, if a new leadership emerged from the same public, it is highly unlikely to emerge with characteristics that are significantly different from its predecessor.

Indeed, Israel would do well to desist from the self-delusion that some Palestinian Arab will pull its “chestnuts out of the fire” for it and somehow disprove what is becoming increasingly undeniable: that for Israel to leave Gaza and expect the Gazans to manage their affairs peaceably and productively was a gigantic mistake.

The 30-year experiment has failed, disastrously and definitively. It is well past the time to abandon it.

Attempts to create calm are, in many ways, counterproductive. For during periods of calm, instead of devoting energy and effort to the development of their society and economy, Hamas and its more radical offshoots/affiliates have focused on enhancing armaments and military infrastructures for the next round of aggression against the hated “Zionist entity.”

And, as the Gazan terror groups—whether Hamas or some more extreme successor, hone their abilities and enhance their arsenals—life for the Jewish population in the south will become increasingly more harrowing and hazardous. With their families continually exposed to escalating dangers, their livelihood regularly disrupted, the quality of life constantly degraded, less stressful places of abode further north will become increasingly appealing.

As time goes on, a danger of depopulation of the Negev by the Jews could become a very tangible prospect, and soon, the Israeli leadership will have to contend with the grim possibility that there will either be Arabs in Gaza or Jews in the Negev, but that in the long run, there will not be both.

Indeed, during the last round of fighting, there have been increasing calls from residents for more forceful responses and increasing expressions of impatience at their absence. The Israeli leadership will do well to heed these calls.

At the risk of being repetitive …

Given the proven failure of negotiated and unilateral attempts to resolve the Gaza problem, given that beneficent economic aid has proven ineffective, demilitarization unenforceable and weakening of Hamas likely to install an even more recalcitrant regime, we are left with the following logical chain:

* The only way Israel can ensure who rules and does not rule Gaza is for Israel to rule it itself.

* The only way for Israel to do this without “ruling over another people” is to relocate the “other people” outside the territory it is obliged to administer.

* The only way to effect such relocation of the “other people” without forcible kinetic expulsion is by economic inducements—i.e., by means of a comprehensive system of enticing material incentives to leave and daunting disincentives to stay.

This, of course, will entail Israel retaking—and keeping—control of Gaza with all the cost and sacrifice that this will unavoidably imply. But the blame for the blood and treasure that will be expended on that endeavor must rest entirely on those who urged Israel to leave the Strip in the doomed quest for peace in exchange for land.