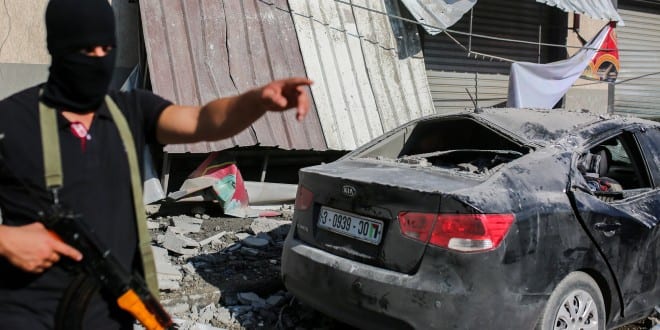 The assassination of Palestinian Islamic Jihad commander Baha Abu al-Ata by Israel on Tuesday dealt the Iranian-backed terrorist group a serious moral and operational blow, and there is no doubt whatsoever that the fact Abu al-Ata no longer walks this earth will prevent numerous terrorist attacks.

It is hard to overestimate Abu al-Ata’s importance. He was a prominent PIJ commander in the Gaza Strip, the one responsible for the production of weapons—especially missiles—with assistance from the terrorist group’s Iranian patrons. Over the past year, he personally ordered the execution of a series of terrorist attacks against Israeli civilians and soldiers with the aim of dragging Israel into a conflict in the Gaza Strip, from which, he hoped, PIJ would benefit.

While Abu al-Ata’s elimination triggered a serious flare-up on the Israel-Gaza border, the decisions on its extent and duration fall to Hamas—Gaza’s rulers—who have so far remained mum. Though it is clear its leadership is not heartbroken over Abu al-Ata’s elimination. Still, the war on terror is decided on points rather than by knockout, and in this round Israel scored a significant number.

Al-Ata will soon be succeeded by another bloodthirsty terrorist, but there is no doubt that this Israeli operation has dented the self-confidence and arrogance of those who think they are invincible. They, too, now know their day will come.

Still, Gaza-based PIJ officials answer to their leaders in Damascus, who are themselves Iranian pawns. PIJ is the only Sunni terrorist organization that has long been subject to the rule of the Shi’ite ayatollahs in Iran. It depends on Tehran for its funding and weapons, and therefore must obey its dictates.

PIJ has recently transferred its operational headquarters to Damascus, from where the orders to carry out terrorist attacks in Israel are given. This has made it more difficult for Israel to target the group’s operatives, but the Israeli military has still demonstrated a formidable operational and intelligence-gathering capability that will undoubtedly deter jihadists and their Iranian handlers.

That Israel has made a significant achievement in the war on terror is clearly evidenced by the fact that Hamas has not rushed to join PIJ’s assault on Israel. Any future ceasefire will be based on Israel’s ability to generate deterrence through counter-terrorism operations the likes of which we saw on Tuesday.