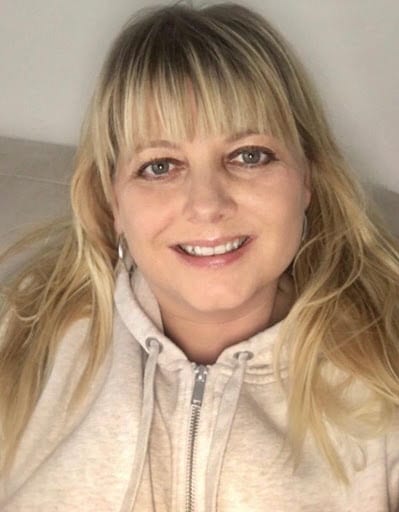 Jerusalem Jane’s Roots
Growing up in the small town of Thisted in northwest Denmark, Jane Kiel could not have imagined that one day, God would weave the strands of her life together in such a way that she would become known as Jerusalem Jane.

Kiel traces her love for Israel to her “most amazing grandparents. I know for a fact that every night before they went to bed, they prayed for each of their children and grandchildren and for Israel.

“It has always been a part of my life and has given me the foundation of everything I believe in and what I stand for. It’s the main factor for why I’m in Israel today. My personal faith in God has followed me my whole life. All of this is what brought me here to Israel.”

Her awareness of media bias against Israel began when she was a teenager, watching anti-Israel news in Denmark. “I could see immediately that these [biased news reports] collided with what I was taught in church and what I learned from the Bible.”

Her first trip to Israel in 1999 was life-changing. “I remember when the plane touched down for the first time and I was thinking, ‘I made it!’ My whole life, I had heard about Israel, the good side from my church and my family and the lies in the media. There were tears running down my face. ‘I’m here! I’m here!’”

At the end of her first trip to Israel, she was changed. She said, “I don’t want to leave. When can I go back? Something just changes inside your heart. I’m never going to be the same again. You leave a little piece of your heart in Israel and that piece keeps bringing people back.”

Standing For Israel In Denmark
Her first experience publicly advocating for Israel was when former PLO leader Yassar Arafat was scheduled to address the Danish Parliament in May 2001. Kiel and her mother rode a train for six hours across Denmark to protest Arafat’s state visit.

“We stood in the courtyard in front of the Danish Parliament when they were expecting Yassar Arafat with two huge Israeli flags,” she recalled. The mother and daughter duo attracted a lot of attention from police officers and passers by.

“We went to the intersection with these huge flags and across the street came a young handsome, handsome man in a suit. He was right in my face and he asked me, ‘Why are you holding my flag?’ My mother told him that we just wanted to show that we stand with Israel.” Overcome with emotion, the young Jewish man thanked Kiel and her mother and cried. “Every other time I see my flag, they are burning it and saying death to Jews,” he told them.

Kiel recalls that as Arafat’s motorcade approached, “The sky turned black. The atmosphere shifted and turned evil. Mom and I are standing with our flags and rain came pouring down. The atmosphere was so evil and we literally felt this in the sky over Copenhagen.”

This experience, including an unpleasant encounter with a local anti-Israel TV correspondent, convinced Kiel that, “It’s a spiritual war. We really saw the evil that day. It just opened my eyes that there is so much more going on when it comes to Israel.”

Years later, while house sitting in Israel, Kiel met a Jewish woman from England. Realizing that Kiel was the woman she had seen on the BBC report of Arafat’s visit to the Danish Parliament, she said, “You made us cry that someone in Denmark was standing for Israel.”

Meeting The Mother Of A Terror Victim
Another deeply impactful experience happened on one of her trips to Israel when the tour group “met a mother whose daughter was blown to pieces by terrorists. I took her hand and said, ‘Thank you for being bold enough to share your story.’”

The Christian tourists were all crying, but the terror victim’s mother was not. She later told Kiel she was “all cried out.” Meeting that brave mother, coupled with the experience of protesting Arafat’s visit to the Danish Parliament sealed her fate.

In an isolated seat on a tour bus, Kiel had a spiritual encounter that would change her life forever. “I went and sat in the back of the bus. I was crying. I felt a quiet voice saying, ‘One day I will bring you back to Israel.’ God was speaking to me about Israel, and because I was just myself, I could come here.”

Meanwhile, Back In Denmark

In 2009, Kiel, who is unmarried, was working in a kindergarten and facing numerous health challenges. She was drawn to ask, “God, what’s next for me? What am I supposed to do with my life?”

Shortly thereafter, her answer came in the form of one small incident after another. A woman from her church told her, “I think you’re going to Israel,” and, without knowing about Kiel’s spiritual encounter on the bus in Israel, asked her, “What did God tell you that hasn’t come true?”

On another day, she met two visitors asking for directions in her small town and both were Israelis. These small encounters convinced Kiel it was time to act.

“I knew God had something for me in Israel. I had no idea what, but I was going to find out. I sold all my stuff. People thought I was crazy. I bought a plane ticket. I came here not knowing anything. I just stepped out in faith. I was on a tourist visa, learning my way around Jerusalem.”

Going back and forth on a 3-month tourist visa, Kiel prayed for a year to be shown her mission. In 2011, after Arafat went to the UN asking them to recognize Palestine, Kiel started speaking out.

She opened a Facebook page and called it Israel, One Nation. Today, that page has over 164,000 followers, but in the beginning, she started simply sharing Scriptures and showing photos of Israel. “Facebook was new at the time, but I saw what was happening in Israel and I saw how the media was telling it. I started to become more active, sharing my opinion and my views.”

Eventually, she got a smartphone and started making videos. “People told me that they feel they have a touch of Israel because of my little videos.”

Kiel’s identity as Jerusalem Jane came four years ago, when she met Tom Trento, Executive Director of The United West, an organization that fights Islamic extremism. Trento and his team started referring to her as Jerusalem Jane and the identity stuck. “I thought it was crazy but they kept using it and people started writing to me as Jerusalem Jane. I did not choose [the appellation]. It was given to me from good, loving Americans.”

The small town Danish girl Jane Kiel has completed her transformation to Jerusalem Jane. She lives in Israel full-time on a journalist visa, staunchly guarding her independent voice. She is active on Facebook, Instagram and Twitter, where she is the only unbiased news source some Chistians have access to.

Her independent voice comes at a price. “I live by donations from people who say, ‘You are a blessing to the Jewish people. We want to bless you financially because we need you.’ It’s a challenge. So many times money came the day my rent was due. But I don’t have shackles from someone else. I can be independent and speak the truth and no one is going to edit what I said.”

Jane’s Words Of Inspiration
Jerusalem Jane has a message for Christians worldwide. “Christians, wake up! We’re living in serious times. You cannot think that what’s happening in Israel doesn’t matter. Israel is under fire. If the Christians don’t wake up and pray for Israel every Sunday, who will?”

She encourages Christians to follow her to get accurate news, because nothing is further from the truth than what the mainstream media report about Israel.

“God called me to do this. What is important is that you’re true to what God has called you to do.

I don’t have any big equipment. I do the best I can do. I’m doing what I absolutely believe God created me to do.

“When I speak to Christians who have no desire to come to Israel, I tell them that there are some things in life you can’t understand until you experience it. When Christians come, they say, ‘God is tangible here in a way that He is not in my home country.’ That is not strange because this is His home on earth.

“I wake up in Jerusalem every morning. How blessed am I? How privileged am I? I’m sitting here, being able to stand for the truth.

“I hope with all my heart and soul that this is my home until my dying breath. There is no place like this place; it’s like a planet of its own. It’s a blessing,” she concluded.