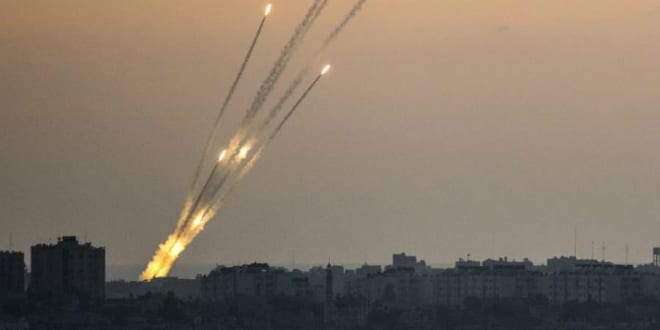 The Israeli missile that blasted through senior Islamic Jihad terrorist Baha Abu al-Ata’s Gaza bedroom window at 4 a.m. on Tuesday morning may have killed the man and his wife, but it also sent a broader message to Hamas and Iran.

While officials insisted this was a “one-off” operation and Israel does not intend to return to a campaign of targeted assassinations, it also demonstrates to Hamas that Israel is still perfectly capable of obtaining detailed intelligence and carrying out a precision strike. It also sends a message to Iran that Israel will not tolerate the rogue regime’s proxies attacking it.

Moshe Maoz, a research fellow at the Hebrew University’s Harry S. Truman Institute, told JNS: “This was going to happen sooner or later.”

He hesitated to conjecture whether or not this operation was connected to the installation of the new Minister of Defense Naftali Bennett, who officially took office immediately after the operation, and who, according to Maoz, seeks a tougher military approach to the Palestinian terror groups in Gaza.

Maoz also questioned whether the operation was intended to influence the ongoing government negotiations currently taking place in Israel to form a proper coalition.

According to Israel’s defense establishment, the Islamic Jihad commander was responsible for the majority of the attacks emanating from Gaza in the past year, and regardless of the political situation, Israel was left with no choice but to eliminate him at this point.

Maoz questioned the options Israel has. “What is the solution here? To occupy the Gaza Strip? The price will be high on both sides, and then Israel will need to deal with 2 million Palestinians,” he posed.

He noted that in the last decade, Israel “pounded” Gaza with airstrikes but nothing came of it, and many years of negotiations have not yielded the calm that Israel desires. Equally notable was the criticism that came from both political circles and the general Israeli public near the border.

According to Maoz, Israel needs to be “more creative” in finding a solution to the Gaza problem.

Efraim Inbar, president of the Jerusalem Institute for Strategy and Security, told JNS that Hamas and Islamic Jihad must have known that their indiscriminate targeting of innocent civilians would “exact a high price from Israel.”

He said he does not believe that a full-scale ground invasion of Gaza now is the right solution, and he advocates “mowing the lawn” as the right approach, by which Israel occasionally carries out operations to prevent the terror groups there from becoming too powerful or capable.

However, Inbar acknowledged that “at some time, a full-scale ground incursion will be inevitable.”

For now, he said, Israel needs to “find the right targets—the ones that are most painful.”

While former Israel Defense Forces’ chief of staff and the leader of Israel’s Blue and White Party Benny Gantz had said in the past that he would “pound Gaza” and wipe out the Hamas leadership if elected, Inbar noted that “it is easy to speak when you are not in government.”

The prime minister always has “a different perspective,” noted Inbar.

Gantz supported the targeted killing, tweeting, “The campaign against terror is continuous and requires moments when difficult decisions must be made. The political leadership and the IDF made the correct decision tonight for the sake of the security of Israeli civilians and residents of the south.”

“Blue and White will back every correct action for the sake of Israel’s security and will put the security of residents above politics,” he wrote. “Every terrorist who endangers our security should know that he deserves to die.”

Unlike Maoz, who said he believes that it is possible to negotiate with Hamas and come to an understanding with the terror group that would result in some form of peace, Inbar emphasized that Hamas and Islamic Jihad “want to kill all of us. There is no solution. Islamic Jihad and Hamas just want to destroy the Jewish state.”