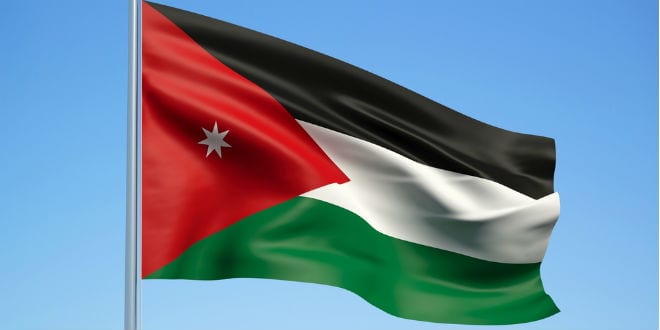 Some misguided Jews on the political right, have promoted for the last forty years, the idea that, “Jordan is Palestine.” Jordan isn’t Palestine, its part of the promised Land of Israel. And, peace with Arab states that occupy parts of the Jewish people’s inheritance, is a lie from the start.

The Arabs don’t want peace, because they are thieves and squatters, always worried the owners will come home, and demand their ouster. What better way to assuage their guilt than to claim its theirs.

And, “Jewish” leaders that offer peace, make peace, and give them the impression that the Jewish people can trade off some of its patrimony for a worthless piece of paper, do them a disservice.

Israeli politicians that behave that way are “enablers,” allowing the religion-drunk Muslims who conquered the Jewish people’s land in the 7th century, and later, the 19th century Arab squatters, to continue living in their delusion.

But the God of Israel, His promises to the patriarchs and matriarch of the Jews, continued on through the words of the prophets of old, and their recent fulfillment; seen by all today, in spectacular living technicolor, by their decedents, Jews, Israelis, successfully rebuilding their national life in their ancient homeland, Israel, proves them all wrong.

It should be a wake-up call to all those still deluding themselves.

Co-dependent Israeli politicians, such as Prime Minister Netanyahu, who recently took part in a Knesset meeting, that marked the 25th anniversary of Israel’s “peace treaty” with the Kingdom of Jordan, need a 12-step program.

During the gathering, Netanyahu claimed that there’s a direct link between a resolution to the Israel-Palestinian conflict, and the larger conflict between Israel and the Arab world. “If we are able to achieve normalization with the Arab world, then the conflict with the Palestinians will be solved,” peace could be achieved, Netanyahu said.

But who wants peace with thieves and squatters, dare I say, Arab settlers.

Netanyahu discussed the state of Israeli-Jordanian relations. He noted recent denunciations of Israel by Jordanian leaders, including King Abdullah, and the termination of Israel’s twenty-five year lease over border areas of the Arava and Naharayim.

Abdullah quickly flew there to participate in a Jordanian flag raising ceremony, to stake their claim.

Let’s remember that the illegitimate Hashemite dynasty, set up by the British, to help the Arabs steal 75% of the Palestine Mandate from the Jews, are living in Eastern Eretz Yisrael.

“We are helping the Jordanian king, both overtly and covertly,” Netanyahu said, refering to security cooperation against ISIS and the homegrown Muslim Brotherhood. Yet, “…they also claim that we’re undermining the foundations of the Al Aqsa Mosque [on the Temple Mount], and that can set off the Middle East,” he continued.

Netanyahu isn’t in complete denial yet, “The agitation in Jordan, which isn’t really related to us, and the Islamization there and in Egypt are very powerful forces.” So, Netanyahu recognizes that under the surface of a false “peace,” between regimes, tensions are mounting and Islamists are percolating.

PS: The hatred never went away, just by signing some paper.

He then said that despite the peace treaties with Egypt and Jordan, Israel “never really achieved reconciliation with Jordan or Egypt, because of the Palestinian issue.” That’s his take on it.

Its because Egypt, Jordan and the rest of the Arab/Islamic world, want the Jewish people to give a Kosher stamp of approval, to the Arab/Islamic theft and occupation of parts of the Land of Israel, and formally give it away to the so-called Palestinians.

About the failure to achieve a final status agreement with the Palestinian Authority, (and for the life of me I can’t understand why this should trouble Netanyahu); he said the Palestinian Arab population was internally divided, and hostile towards Israel.

“Why isn’t there peace with the Palestinians? I look at Abu Mazen [Mahmoud Abbas] and ask: ‘What about you?’ They aren’t ready to accept us. Half of the [Palestinian] people back Hamas and want to annihilate us, and the other half don’t want to fight with the first half, while itself suffering from internal conflicts.”

Seems the only thing saving Israelis, from another prime minister giving away part of their ancient homeland to Arab settlers and the occupying authority, is its not safe… they hate us!

Israel needs real Jewish leaders who will stand up and tell the Arabs, the Muslim world and everyone else, the God of Israel brought us back to our homeland, He’s fulfilling his promises, and the thieves should leave and go home.

Jordan isn’t Palestine, or a Hashemite kingdom, it’s part of the Land of Israel.

Give it back to the Jewish people now!