Sanhedrin in Final Warning to Iran: Choose Path of King Cyrus Or Die Like Haman

Home » Sanhedrin in Final Warning to Iran: Choose Path of King Cyrus Or Die Like Haman 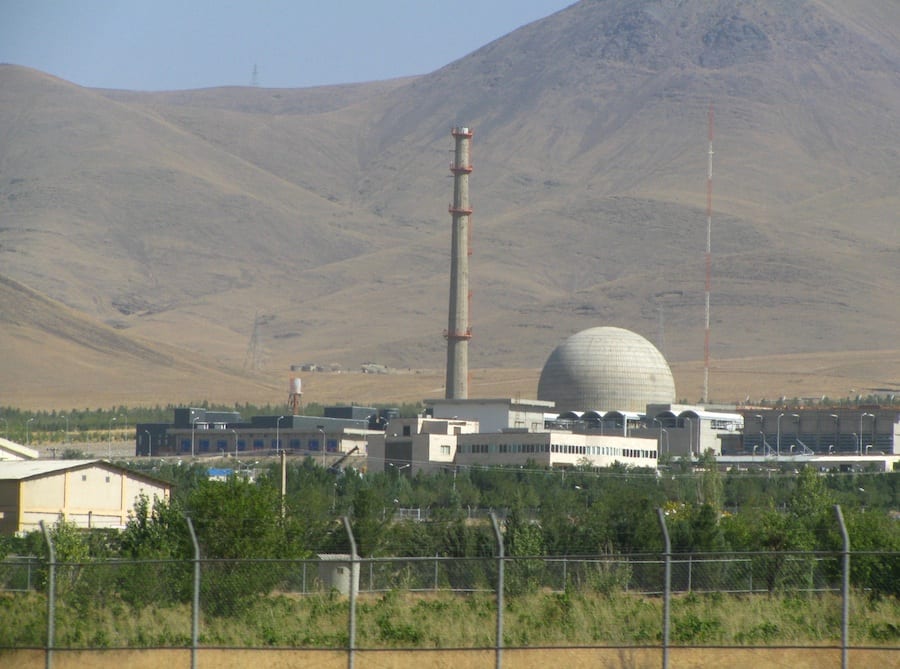 After much deliberation, the Sanhedrin has issued a declaration calling on Iran to cast off the false-mantle of ‘Iran’ and return to their Biblically-correct identity as the Persian Empire. If they do not, another, possibly President Trump, will take the role of the “anointed king” designated to lead the effort to build the Temple and unite the nations.

Iran is ramping up its nuclear program, alarming both the U.S. and Israel, the main targets of Iranian ire. This came to a head last week when Iran blocked and then detained at least one International Atomic Energy Agency (IAEA) inspector from viewing its nuclear site at the Natanz uranium enrichment site.

This suspicion was verified when Iran’s President Hassan Rouhani announced that the Fordow uranium enrichment plant will restart production using 1,044 centrifuges.  A day earlier, the head of Iran’s nuclear program, Ali Akbar Salehi, announced that enrichment had been substantially accelerated by the activation of 60 of the banned extra-fast centrifuges. Salehi went so far as to thank “the enemy” (editor: it is believed he meant the U.S.) for their advances in the development of nuclear weapons.

“We must thank the enemy for bringing about this opportunity to show the might of the Islamic Republic of Iran, especially in the nuclear industry,” he said in an interview last week at the Natanz nuclear enrichment facility.

Salehi announced that two months ago, Iran was producing one pound of uranium daily. Today, he stated, it makes 11 pounds of refined uranium each day. In July, Iran surpassed both the limits on quantity and purity of enriched uranium set by the treaty.

Alarmed by these developments, the Sanhedrin sat in judgment and issued an ultimatum to the Iranian government:

Pursuant to the danger of an attack by Iran and pursuing a program that will ultimately result in the development of nuclear weapons with the intent to harm the State of Israel and its allies around the entire world:

Iran’s hostility towards Israel is similar to the hatred of the evil Haman which contradicts the rule set by Persian kings from the founding days of the Persian Empire to the time of Sheikh Riza Pahlavi,  last heir apparent to the Persian Empire who was deposed in 1974. The current Iranian regime has no purpose other than hatred of the world. Iran will, therefore, be wiped off the face of the earth if it does not immediately respond to this call to cancel all its war plans. This must be done to the satisfaction of Israel, the nations of the region, and all the other world powers affected by this program of aggression.

Iran’s actions are in stark contrast to the great King Cyrus of Persia who ended seventy years of exile that began with the destruction of the First Temple. King Cyrus commanded the Jews exiled in Babylonia to return to Eretz Yisrael and rebuild the temple. King Cyrus aided in the restoration of the Temple by providing the tools to restore the temple and begin the Temple service. Cyrus is the “Anointed King” that is mentioned in the prophecies of Isaiah one hundred and fifty years before his reign.

Thus said Hashem to Cyrus, His anointed one— Whose right hand He has grasped, Treading down nations before him, Ungirding the loins of kings, Opening doors before him And letting no gate stay shut: Isaiah 45:1

Cyrus is the king anointed by God for this role and is an example to the world for respecting every faith and every language.

Iran is acting in direct opposition to how a king of Persia should act, as was exemplified by Cyrus who acted to return the Jews to Israel and return the service to the Temple in Jerusalem. It is for this reason that Cyrus, a Persian king, was honored in the Bible as the anointed king, anointed to perform this function, serving as an example for the entire world and all the nations as one who honors all faiths that act as pathways to God and every nation as a manifestation of the nations that came from Noah.

The Persian and Medes and all who make up the people of Iran will do well to return and choose their path to the God of Israel, to retain their historical role as was done by the first kings of Persia and to promote the establishment of the Temple of Israel on Mount Moriah for the peace of the entire whole world in a manner that will include all nations. In doing so, the nation of Persia will once again be glorified and receive blessing and grace and mercy from the God of Israel, the Creator of the world.

Trump as “The Anointed King”

Rabbi Hillel Weiss, the spokesman for the Sanhedrin, emphasized that Iran stands at a historic crossroads.

“Though they may appear to be entirely evil, the basis of Iran is the Persian Empire,” Rabbi Weiss told Breaking Israel News. “The roots of their identity as a nation lies with Cyrus as a power of good in the world. Unfortunately, this power can be hijacked, as we saw in the reign of Ahasuerus when Haman, a foreign influence, nearly succeeded in imposing his will on the Persian King.”

“The Sanhedrin is calling on the Persian people to cast off this foreign influence of the Ayatollahs that has turned them away from their history and national identity and set them against Israel.”

Rabbi Weiss explained that part of the blame lies with the United Nations which, as its name implies, was intended to create a single world order that erased the Biblical concept of nations, a concept that was initiated by Noah and reinforced when the nations came to the Temple in Jerusalem every Sukkoth. Rabbi Weiss emphasized that a forum for the nations to come together was necessary and, as such, was Biblically mandated.

“But the UN took this holy vessel and abused it, mutilating it so that it served their purpose,” Rabbi Weiss said.

Obama Initiated the War of Gog and Magog

“He utilized the UN as his own personal weapon to bring about new world order and to battle Israel and Jerusalem which stood as the greatest threat to this new world order,” Rabbi Weiss said. “He almost succeeded in erasing the borders of his own country. The Iran deal was intended to strengthen Iran while repressing the true Persian identity of that nation. Obama sat back while Assad used chemical weapons against his own people.”

“The role of Cyrus as the anointed king was for a specific role and not as a personal designation. There needs to be a central figure that unites the 70 nations. In his time, it was Cyrus. ,” Rabbi Weiss said, noting that the Sanhedrin had compared President Trump to the Persian king. “This could be Trump but he also stands at a crossroads. He has begun well but he must not turn his back on the main vessel for uniting the nations which is Jerusalem.”

“He is also threatened by the Iranians. If he does not stand up to them, they will remove him. The people in America should not think that the shadow of the War of Gog and Magog does not threaten them. They will certainly be included in it, as the prophecy stated so clearly that it will include all the nations.”

“This international war, the War of Gog and Magog, already began four years ago and very few people noticed. 300,000 people died in Syria. The Kurds are threatened with genocide and Christians are being targeted as a nation in the Middle East. Obama initiated the Iranian program to allow them to become the biggest threat in the world.”

As the head of the Sanhedrin’s Noahide Court, Rabbi Yoel Schwartz is leading a deliberation into whether a Noahide sacrifice could offset some of the harsh judgment included in the War of Gog and Magog. Such a sacrifice was offered last month, one week before the Jewish New Year on the day that Jewish Tradition believes the world was created. The Sanhedrin court is considering the benefits of such a sacrifice brought on the 27th of Cheshvan, the anniversary of the day that Noah exited the ark and brought a sacrifice to God.

“If the world unites in an act that contains the acknowledgment of the God of the Bible, then this strengthens our connection with God who sustains the world,” Rabbi Schwartz said.

Jews are forbidden from bringing a sacrifice anywhere outside of the Temple Mount. Since this is currently forbidden by the Israeli government, this sacrifice renewing the covenant of Noah can only be brought by non-Jews.

This law is described by Rabbi Moshe ben Maimon, known as Maimonides and by the acronym Rambam who was the foremost Torah authority of the 12th century.  In his Mishneh Torah (Maaseh Hakorbanot 19:16) the Rambam wrote:

Gentiles are permitted to offer burnt offerings to God in all places, provided they sacrifice them on a raised structure that they build. It is forbidden to help them [offer these sacrifices] or act as agents for them, for we are forbidden to sacrifice outside [the Temple Courtyard]. It is permitted to instruct them and teach them how to sacrifice to the Almighty, blessed be He.

The altar must be built exclusively by non-Jews who observe the Noahide laws and the same is true of the sacrifice itself. Other than instructing the non-Jews, Jews are forbidden from taking part in the sacrifice.

Breaking Israel News will publish updates informing the public of the Sanhedrin’s decision.

Minting a Coin to Establish the Kingdom of God

The Sanhedrin is planning to mint a coin as part of the effort to establish 70 nations in opposition to one world order. Though this may seem like a symbolic act, the Sanhedrin believes it will have a great impact on the situation.

“Governments mint coins as a way of establishing their rule,” Rabbi Weiss said. “There have been many attempts to establish a universal monetary system. If successful, this will be a disaster.”

The Sanhedrin coin bears a clear message on its face: Cyrus is My Anointed King (Isaiah 45): Seventy Nations.

#Iran has installed 15 types of advanced centrifuges to enrich uranium at its Natanz Enrichment Facilities. pic.twitter.com/YWAOrMj7PU