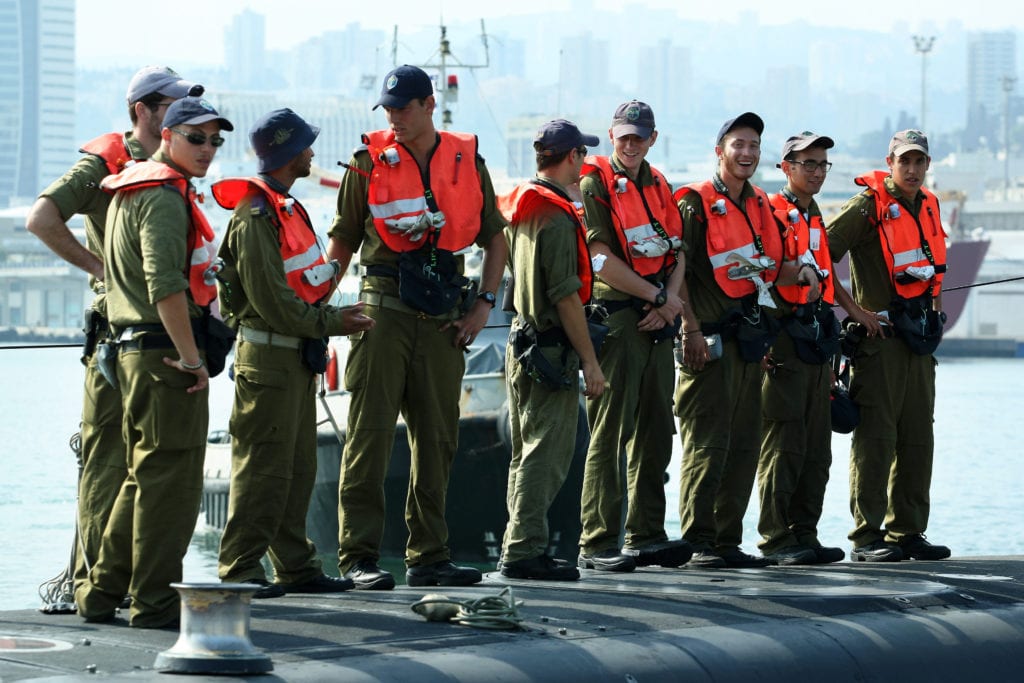 NATO has recognized the Israeli Navy as a key medical-assistance partner in the Mediterranean following a drill held last month practicing emergency evacuations of personnel.

During the drill, dubbed “Crystal Sea 2020” and held on Oct. 31, NATO vessels from the United Kingdom, Greece, Romania and Bulgaria simulated medical emergencies at sea with the Israeli Navy.

“It was an example of partnership between the Israeli Navy and NATO. This is the second joint exercise of its kind between NATO maritime forces and the IDF,” said Capt. Yuval Ayalon, who heads the Planning and Organization Department in the Navy.

“Among the capabilities we established is a surgery room on one of our major ships,” Ayalon stated, speaking to journalists by conference call. “We in the Israeli Navy and IDF [Israel Defense Forces] welcome cooperation with NATO. I am really happy to say that NATO sees the Israeli Navy as a partner in the eastern Mediterranean, in this case, for medical aid.”

During the drill, the commander of NATO’s Allied Maritime Command, Vice Admiral Keith Blount from the Royal Navy, visited Haifa Naval Base, where he met with senior naval officials, including the Rear Admiral David Saar Salama, Israeli Navy Chief of Staff.

“The goal of the visit was for NATO to understand the Israel Navy and the IDF better. We discussed with him how to deepen cooperation on various topics. The visit was excellent for both parties,” said Ayalon.

The last such visited occurred a few years ago, he added, and “it’s really important that it happened here. It shows a desire to continue and even expand cooperation with the IDF.”

Relations between the Israel Navy and NATO have grown stronger after the drill, the officer said, adding that “in our arena, it’s really important that we all understand each other, especially in a medical situation. If someone at sea needs assistance, we want to and we can give them aid.”

Asked by JNS whether this cooperation could expand in the future into ways to deal with common threats, Ayalon said it was a possibility. He stressed that medical assistance was the “basics when you work at sea,” emphasizing that knowing how to communicate, maneuver and land helicopters between ships were key tools for saving lives.

A similar exercise could take place next year.

‘We learned from others and passed on our knowledge’

In 2017, the Israeli Navy took part in a two-week NATO drill hosted by the Greek Hellenic Navy. Three Israeli missile corvettes took part in that drill, sailing to Greece and joining crews from that country, the United Kingdom, Italy, Romania and Bulgaria.

The crews practiced sea-based counter-terrorism operations, strikes, dealing with enemy swarm boats laden with explosives, aerial threats, and practiced how to rescue stranded vessels and provide medical attention to the injured. A helicopter onboard the Israeli INS Eilat took part in a search-and-rescue drill with the NATO forces.

“We learned from the others, and we passed on our knowledge. We are improving all of the time,” a naval officer told JNS at the time.

Cooperation between the Israeli Air Force and the Hellenic Air Force of Greece has also been steadily growing in recent years, with several joint exercises conducted by both air forces.