Israeli Tech Expert Warns: “In Less Than 25 Years, You’ll All be Cyborgs”

Home » Israeli Tech Expert Warns: “In Less Than 25 Years, You’ll All be Cyborgs” 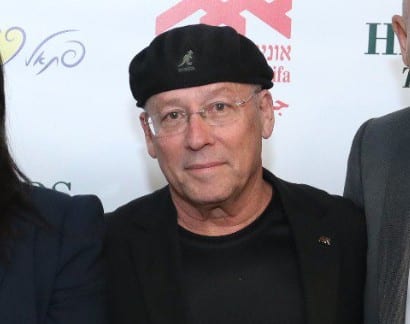 “In 15 years, the Internet will be part of all of our brains,” Intel Israel President Mooly Aden said reports Calcalist. Speaking at a conference in Tel Aviv, Aden went through the most significant technological revolutions in history: the Industrial Revolution and today – the computing, communications and internet revolution.

“Every computer that was manufactured in 1946, cost $ 750,000 and featured less power than a calculator. In 1981, the personal computer was launched. However, it wasn’t so personal but rather an expensive computer that the whole family used. In 2003, a computer was launched that was the first real personal computer – one computer for the home and one computer per person. In 2007, the smartphone came out- and that’s a revolution. We all have a smartphone with greater computing power than the Apollo spacecraft that landed on the moon. In 2010, they launched the tablet. This added a computational element to all of us” he added.

However, Aden believes that the revolutions are far from over noting: “Today we are talking about wearable computing – a computer we carry on us, in our glasses or in a watch or clothing that will monitor us. This is something we will have always have. I, for example, have a watch that recorded my steps and how many calories I burned. In the near future, we will have computers that will show when Vitamin C is lacking, measure exercise, allow data to be passed on to friends via fist-bump gestures, clothes that can change color and design, etc. We will see these in less than three years, and within 15 years They’ll be everywhere. ”

Aden estimates that the “real” revolution sill will only come about in 10 or 20 years. “We’re not talking about wearable computing anymore, but about implanted computing,” Aden warned. “Most dogs already have a small chip implanted inside. How far are we from this terrible phenomenon? Already today a man who loses his eye gets transplanted with a bionic eye. The tendon is capable of holding a cup with a computerized prosthetic hand, to play football or even swim.”

Then a bombshell was uttered from his mouth: “All of you will be Cyborgs in less than 25 years. In a while, we will be able to develop a human-brained chip. It sounds crazy, but in 10 years there will be no drivers in the country. It will be unsafe to travel with a driver. Intel’s first 1971 had 2,300 transistors, the chips today have 2 billion transistors, the brain’s neurons number at approximately 100 billion. According to Moore’s Law, every two years, the number of transistors multiplies on a chip. Inside, today, high-tech companies are developing computers that try to emulate the shape the human brain thinks.”