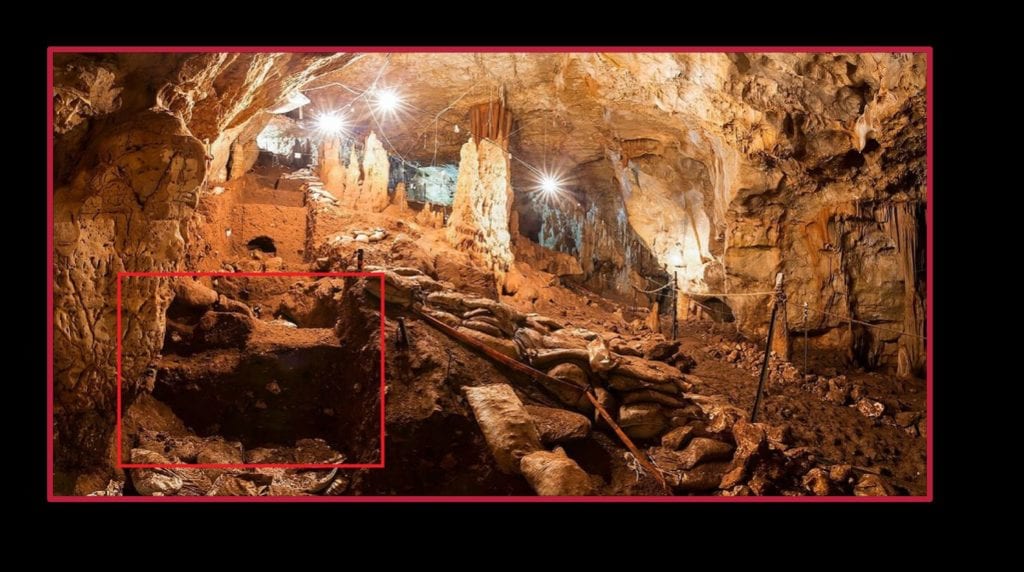 Culturally sophisticated humans who produced jewelry, cave paintings and even musical instruments migrated from Europe to the Levant, the large area in the eastern Mediterranean, mostly in Western Asia. According to researchers at Tel Aviv University, their discovery of six human teeth in the Manot Cave in the Western Galilee sheds light on the Aurignacian era, known for their remarkable cultural contributions.

The Aurignacian is an archeological stage during the Upper Palaeolithic Period that is associated with European early modern humans. The period lasted until about 26,000 years ago. A study on their new findings was published recently in the Journal of Human Evolution.

Until recently, there has been little evidence from human remains or other archeological finds about the Aurignacians who lived in the area.

Now, researchers from Tel Aviv University, the Israel Antiquities Authority and Ben-Gurion University of the Negev in Beersheba have found that these refined humans roamed from Europe to the Levant, shedding light on a significant era in the region’s history.

The Aurignacian culture first appeared in Europe some 43,000 years ago and is known for having produced bone tools, artifacts, jewelry, musical instruments and cave paintings.

The Manot Cave, first discovered in 2008 about 50 kilometers northeast of the Mount Carmel Cave, is notable for the discovery of a skull that belongs to a modern human, as well as bone and flint artefacts.

For years, researchers believed that modern man’s entry into Europe led to the rapid decline of the more primitive Neanderthals, either through violent confrontation or by having lost control of food sources. Recent genetic studies have shown, however, that Neanderthals did not disappear but assimilated into modern human immigrant populations. This new study adds further evidence to back up this theory.

Through sophisticated dental research on the six human teeth discovered at Manot Cave in the Western Galilee, Dr. Racheli Sarig, of Tel Aviv University’s School of Dental Medicine and the Dan David Center for Human Evolution and Bio-History Research – in collaboration with Dr. Omry Barzilai of the Israel Antiquities Authority and colleagues in Austria and the US – have shown that Aurignacians arrived from Europe in modern-day Israel some 40,000 years ago. They discovered that these Aurignacian people were comprised of Neanderthals and Homo sapiens alike.

“Unlike bones, teeth are preserved well as they are made of enamel, which is the substance in the human body most resistant to the effects of time,” explained Sarig. “The structure, shape, and topography (surface bumps) of the teeth provided important genetic information. We were able to use the external and internal shape of the teeth found in the cave to associate them with typical hominin groups – Neanderthal and Homo sapiens.”

This combination of Neanderthal and modern human features had been previously found only in European populations from the early Upper Paleolithic period, suggesting their common origin.

“Following the migration of European populations into this region, a new culture existed in our region for a short time – approximately 2,000 to 3,000 years – and then disappeared for no apparent reason,” added Sarig. “Now we know something about their makeup.”

“To date, we have not found any human remains from this period in Israel,” concluded Prof. Israel Hershkowitz, head of the Dan David Center, “so the group remains a mystery. This groundbreaking study brings for the first time the story of the population responsible for some of the world’s most important cultural contributions.”