The Battle of Baghdadi

Home » The Battle of Baghdadi 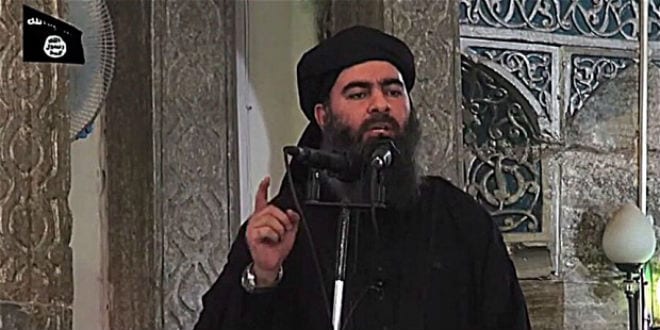 The elimination of Islamic State leader Abu Bakr al-Baghdadi is a battle won. But it is not, by any stretch of the imagination, the end of the “endless war.” Islamism, in all its fury and diversity, goes marching on.

Five years ago, Baghdadi was proclaimed caliph by his followers—successor to the Prophet Mohammed. Even Osama bin Laden was never so audacious.

The Islamic State in Iraq, an Al Qaeda splinter group, was organized in 2006. Eight years later it re-branded as the Islamic State (ISIS)—successor to the Ottoman caliphate which collapsed less than a century ago, in a blink of a historical eye.

At its zenith, ISIS occupied a territory the size of Great Britain, established “provinces” in a dozen other countries, ordered terrorist attacks in Europe and attracted volunteers from around the world.

Some young Muslim men came from impoverished lands where opportunities for meaningful employment, and marriageable women, were scarce. Others came from America and Europe, drawn to what they imagined would be an exciting lifestyle: wielding AK-47s, zipping around in the fighting vehicles known as “technicals,” slave-raiding and occasionally slitting the throats of infidels and apostates.

Still others, men and women alike, regarded themselves as pious pioneers. They were eager to contribute to what they saw as the restoration of the power and glory that had been stolen from the global Islamic community by the forces of unbelief and their wayward Muslim allies.

The death of Baghdadi deals a devastating blow to ISIS. One obvious reason: His skills and stature will be difficult to replace. One not-so-obvious reason: In the theology to which Baghdadi subscribed, it is Allah who decides the outcome of battles and wars. That the caliph—not just a soldier seeking martyrdom—could be taken down by U.S. Delta Force operators and Army Rangers suggests to the faithful that his mission lacked divine endorsement.

Still, ISIS will attempt to reinvent itself. Military strategist David J. Kilcullen warned this week that it “may prove even harder to defeat in its next incarnation.”

It always surprises me how many government officials, academics and journalists, after all these years, remain confused about Islamists—who they are, what they believe, why they fight.

Some Post editors apparently considered that insufficiently respectful of the deceased. The next version read: “Abu Bakr al-Baghdadi, austere religious scholar at helm of Islamic State, dies at 48.”

As “absurdly deferential as this headline is” noted M. Zuhdi Jasser, president of the American Islamic Forum for Democracy, “it confirms what Islamists—including those appearing in the pages of the Washington Post—strenuously deny: that Mr. Baghdadi was actually a respected ‘scholar’ of the global Islamist establishment.”

Post copy editors gave it another try: “Abu Bakr al-Baghdadi, extremist leader of Islamic State, dies at 48.” That’s better, though a casual reader might assume he had slipped in the bathtub rather than chased into a dead-end tunnel by American commandos.

Two questions strike me as worth further consideration. How odd it is to think of Baghdadi as “austere”? True, in his youth, he was offended “at the sight of men and women dancing in the same room,” as Warwick duly reports. But when he assumed the mantle of caliph, he “kept a number of personal sex slaves,” including Yazidi women and Kayla Mueller, an American hostage who eventually died in captivity.

As for Baghdadi’s Islamic scholarship, he had degrees from the University of Baghdad and the Saddam University for Islamic Studies to prove it. How well do you think a non-Muslim arguing that “Islam is a religion of peace” would have fared in a debate against him?

That said, I disagree with those on the far right who argue—as Baghdadi would have—that less belligerent readings of Islam should be dismissed as inauthentic and even heretical.

Which brings me to a final point that goes against the conventional grain: The ideology Baghdadi espoused and the goals he fought for do not significantly differ from those of Al Qaeda, the Islamic Republic of Iran and the Muslim Brotherhood.

True, Muslim Brothers prefer a tie and jacket to a robe and turban. True, too, Iranian followers of Ayatollah Ruhollah Khomeini may be well-educated, cultured, fluent in the language of diplomacy and comfortable in the company of (friendly and compliant) unbelievers. Also true: The strategies these factions employ are not identical.

However, all believe in the imperative of Islamic supremacy, envisioning a world ruled by and for Muslims, one in which infidels are at least relegated to an inferior status. All believe in “Death to America!” and all are prepared to wage an “endless war” if that’s what it takes to achieve their objectives.

As Baghdadi’s followers mourn, what may give them hope is the war-weariness and isolationism rising on both the right and left in America.

President Donald Trump deserves credit for eliminating the leader of the Islamic State. But I hope he now realizes that had he withdrawn all American forces from Syria months ago, cutting off the American partnership with the Kurds—who supplied critical intelligence on Baghdadi’s whereabouts—this mission could not have been accomplished.

Awful as the prospect of endless war may be, conceiving a worse alternative should not require much stretching of the imagination.