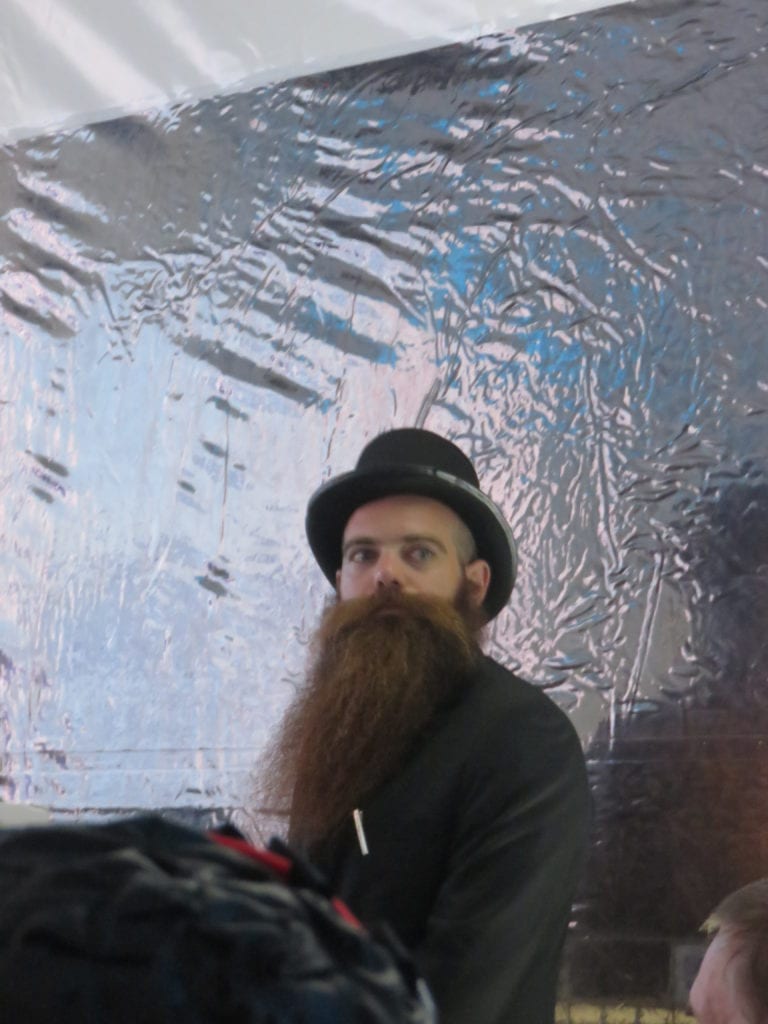 Although the support for Israel among US Christian Evangelicals remains strong today, “I see storm clouds gathering in American politics,” said former US Senator Joseph Lieberman, speaking at the First Herzl Conference on Contemporary Zionism in Jerusalem on Wednesday evening.

The 77-year-old former senator from Connecticut Senate, who served three terms as Majority Leader and was the Democratic nominee for Vice President in the 2000 United States presidential election running with then-Vice President Albert Gore, was the first Jewish candidate on a major American political party presidential ticket.

Lieberman, accompanied by his wife Hadassah, was making one of his frequent visits to Israel, as he is an “American Zionist” and has several relatives living in Israel, including his daughter, son-in-law and five grandsons.

The conference, which continued today on Jerusalem’s Mount Herzl just 100 meters from the gravesite of Theodore (Benjamin Ze’ev) Herzl, was organized by the Herzl Center and the World Zionist Organization. According to the organizers, the event was aimed at discussing Herzl’s vision of a Jewish state and the reality of an incredibly successful – if imperfect society.

“After 1948,” Lieberman continued, “Israel changed the self-Image of American Jews – especially after the Six Day War. The Jewish State has given American Jews more self-confidence; before, we had to lay low. But then, more Jews became activists, and even entered politics (like I did). They became proud activists on behalf of Israel, with a bi-partisan pro-Israel movement led by AIPAC, working with Christian evangelical groups. So America is Israel’s most trusted ally.”

But, added Lieberman, “some think this is collapsing. It is not, but it is changing. I am not alarmist. But I see storm clouds gathering. The majority of Americans support for Israel, but there is real attrition, especial among liberals, Democrats and younger people. That must be taken seriously.”

He noted that only last week, Democratic frontrunner and Massachusetts Senator Elizabeth Warren suggested withholding US aid to Israel because of its politics regarding the territories and its refusal to implement a two-state solution that would give Palestinians sovereignty. Some, he added, are even advocating the taking of some US aid to Israel and giving it to Gaza. Former Vermont Senator Bernie Sanders, who is Jewish but very critical of Israel, is 78 years old but has become a “hero” to pro-Democratic students, including Jews, Lieberman said.

“This is a challenge to Herzl’s vision,” said Lieberman. “There is much Jewish ignorance of Herzl, and most American Jews have grown up with Israel as a reality. They probably know that the Holocaust came before the establishment of the state, but they know little about the anti-Zionism and anti-Semitism that has reappeared in Europe and even in America.”

He urged Israelis to think about how to respond to its critics and bring about some of the “unrealized parts of Herzl’s vision.,,Each of us can become a Nachshon son of Aminadav,” the prince of the tribe of Judah. And brother-in-law of Aaron, the high priest; when the Israelites reached the Red Sea after their Exodus from Egypt, when everyone else hesitated, Nachshon jumped into the swirling sea. “We face anti-Semitism in our time, so let us stand up proudly, speak out, write, organize and advocate like Herzl did in his time. We can we keep Herzl’s dream alive and well and make Israel better and stronger – if we will it, it is no dream.”

Israel’s President Reuven Rivlin, who warmly praised Lieberman at the conference opening that was attended by several hundred people, said that he was a boy when the State of Israel was founded, and that he still gets emotional when he sees its flag. “My grandchildren ask why. I tell them that I saw the British flag of the mandate taken down and the blue-and-white flag go up, so I am very moved.”

But even today, continued Rivlin, “we have to explain to the world, especially to our neighbors, that Herzl’s dream goes back thousands of years to the Jewish hope to return to our homeland. The Emancipation gave us individual rights, but that promise was violated. There was the ugly Dreyfus trial in France that Herzl witnessed as a journalist. Herzl emphasized importance of quality before the law. All are equal here before the law – Jews, Arabs and others. Israel’s establishment was just, coming after much injustice.”

The president added that while Herzl was completely secular, he recognized the importance to the Zionist future of the Jewish religious connection to the land. When he considered the Uganda Plan to temporary settle Jews there before his Zionist vision was fulfilled, he was booed by some participants in the Zionist Congress. “Some people left the hall, and Herzl went after them to ask why as they sat on the floor in the lobby to protest. They, mostly from Russia, said when you suggested Uganda plan, you took Jerusalem, Zion, away from us. Without it, what is the vision? Herzl responded by reciting from the Psalms: ‘If I forget thee, O Jerusalem, let my right hand forget its skill. Let my tongue cleave to the roof of my mouth, if I remember thee not; if I set not Jerusalem above my utmost joy,’ ” Rivlin said.

Dr, Aliza Lavie, chairman of the Herzl Center and Museum, told participants at the morning session that “there are Israelis who say they are not Zionist or anti-Zionist, while others claim to be ‘post-Zionist,’ but the vast majority are Zionist. Yet most don’t see Herzl as relevant to today. Children I have spoken to say that Herzl, his books and vision are not really taught in the school curriculum. There is a Herzl Law, but it goes unimplemented. Very little has to be known about Herzl to pass the history matriculation exam. We are losing our memory of him. He wanted a model society – to help the weak, how to live together, to realize that we don’t have another state. Our center is trying to raise awareness.”

Tel Aviv University emerita Prof. Anita Shapira, an eminent historial who won the Israel Prize, said that that some history researchers abroad claim that the Zionists didn’t intend to set up state, but that it was accomplished because of the Holocaust. But this, she said, is untrue and denies the activities of 50 years before.

Political science Prof. Shlomo Avineri, also an Israel Prize winner from the Hebrew University and former director-general of the Foreign Miinistry, said that Herzl saw his hoped-for Jewish State as he described in his novel Altneuland as diplomatic program. “Full of ideals, it presents a mirror to our society. We can sometimes feel uncomfortable by what is wrong in society today. He advocated giving full rights to others in the Jewish state, as the Bible insists on good treatment to foreigners. He was not a socialist, but he was for compromise between socialism and capitalism – the good things in each such as justice and equality and initiative and freedom. He was for a free education for girls and boys up to the age of 17 and two years’ of national service by all young people to benefit by society.”

The well-attended Herzl Conference is expected to become a regular, even annual event.