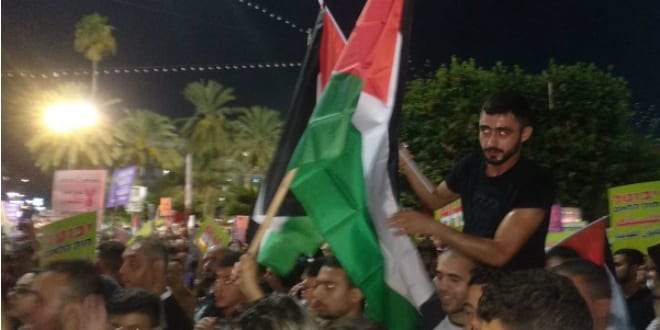 St. Rabin Day is coming to Israel again. If you’re on the political right, its time to run and hide before you’re accused of incitement to murder.

Or maybe a million or two, brave men and women, should hold a quite vigil by the Knesset, on the theme, “I didn’t kill Yitzhak Rabin, and I don’t feel guilty.”

The annual leftist-inspired guilt fest of St. Yitzhak Rabin (patron saint of lost “peace,” with the so-called Palestinians), has come around again, this year.

The phenomena of martyrs being deified, canonized, and raised to super-human status, has a long history among obscure antinomian messianic groups within the Jewish people.

St. Rabin is only the latest one…

Every year at this time, we are reminded that the “Kingdom of Heaven and Peace on Earth,” didn’t come about because of Netanyahu and the right-wing mobs.

Everyone who participated at a right-wing demonstration, everyone who opposed the “peace process” (half the country), everyone who questioned the orthodoxy of the Left; that “peace in our time,” was just around the corner (if Arafat would only have stopped “catch and release” and kept those nasty terrorists in jail); are guilty. You unbelievers, you had a hand in pulling the trigger!

And so, the leftist orthodoxy has a new victim this year, a new “sacrifice for peace,” Dr. Mordechai Kedar, a professor at Bar-Ilan University. The wheels of the inquisition are turning quickly.

He dared raise the issue of, “Who killed Yitzhak Rabin?”

The orthodoxy already “Knows” the “Truth,” how dare he question it. He must be “disciplined.” If the left had the power, he probably would be sent to a “re-education camp” or the “Gulag.” So Bar-Ilan University, that bastion of “academic freedom, free speech and free thought,” is going to muzzle him from talking out of turn. His free trip to represent the university at an academic conference, was canceled.

Not good enough “punishment” for a heretic, University Rector Prof. Miriam Faust, summoned Dr. Kedar to the Disciplinary Committee, just for saying that he thought convicted assassin Yigal Amir was not actually responsible for the murder of PM Yitzhak Rabin.

Kedar spoke recently at a right-wing rally in support of PM Netanyahu. Kedar claimed that Rabin had been the victim of a political conspiracy, and raised the question, that Amir was not the real assassin.

“Twenty-four years ago, the late Prime Minister Yitzhak Rabin was murdered,” Kedar told the crowd, “and the attempt to hide what happened continues to this day.”

Kedar accused the Left of turning the assassination into a political weapon against the Right for something, “Yigal Amir might not have done”.

“The guilt of the Right continues to this day,” he said. “And how do I know it’s been silenced? For 25 years I was in the Intelligence Corps. I’ve seen tens of thousands of documents that are ‘confidential.’”

“Why [are documents relating to the murder] confidential?” Kedar asked the audience, answering: “Ladies and gentlemen, much of the investigation into Rabin’s murder are still in secret documents to date.”

Kedar continued, “Why is he [Amir] sitting in solitary confinement? So that he won’t tell people the truth?” Kedar then called for a “real investigation of Rabin’s murder.”

By the way, according to a poll conducted recently, by the Roshink Research Institute, for those organizing the upcoming Rabin Memorial, 19% of Israelis support a pardon for Yigal Amir, and 18% reported they are unsure whether, to pardon him or keep him in jail.

So it seems that many Israelis have their doubts too.

Yet, Bar-Ilan University was swift in responding, “The Bar-Ilan University administration strongly condemns Dr. Kedar’s comments. The things he said and his opinions, are his own, and do not represent the university and its employees. We believe that there is no place for these kinds of statements in Israeli society.”

Notice, one is not allowed to question the orthodoxy…

But, let’s not forget, two things:

1. In 2001, Yitzhak Rabin’s grandson during a radio interview, revealed that Leah Rabin (Yitzhak’s wife) had expressed doubts and had questions about Rabin’s murder herself. And, Dalia Rabin-Pelossof (Yitzhak’s daughter) has also expressed this in the past.

If the Rabin family themselves have raised questions, why is Dr. Kedar being “burned at the stake?”

2. Bar-Ilan University is where that “wild weed” Amir grew, he was a law student of theirs, at the time. Who were his teachers? What did they teach him? Is Bar-Ilan’s guilt complex over-reacting?

Defending Kedar, attorney Dan Yakir, of the Association for Civil Rights in Israel, sent a letter to Bar-Ilan University’s management, “We are very concerned about the University’s decision to invite Dr. Mordechai Kedar to a disciplinary committee, to suspend him from representing the University at conferences abroad, and prevent his participation in an [upcoming] conference as a University Representative.”

Dr. Mordechai Kedar is a PhD, a faculty member in the Department of Arabic at the University and research associate of the BESA Center for Strategic Studies.

Yakir wrote, that Dr. Kedar’s remarks about Prime Minister Rabin’s murder were stated outside the walls of the academic institution and that the lecturer did not purport to represent the university.

“These steps constitute an improper violation of freedom of expression and academic freedom. Therefore, we would like to see to it that the disciplinary discussion to which Dr. Kedar is summoned and the suspension of his participation in overseas conferences be canceled,” Yakir wrote.

Labor-Gesher leader Amir Peretz was quick to condemn Kedar’s remarks. Again capitalizing on the murder, to besmirch all those who opposed the “peace process” in 1995, Amir said, “Netanyahu and his supporters are again on the balcony in Zion Square. The mouth is Kedar’s mouth, maybe the text too; the atmosphere is Netanyahu’s atmosphere.”

And, let’s not forget the so-called “Rabin Legacy,” about the “peace that could have been,” that’s always mentioned every St. Rabin festival.

The true legacy is that, after firing on the ship, the Altelana, in 1948, St. Rabin, commanding soldiers on the shore, ordered the fledgling IDF to open-fire on defenseless Irgunists in the water, fleeing the sinking ship, killing many.

Much Jewish blood was on St. Rabin’s own hands…

Not to mention the 30,000 machine guns his “peace process” gave to arch terrorist and serial murderer, Yasser Arafat and the Palestinian Authority, that led to the Oslo War (the second Intifada), over 1,500 Jews murdered and thousands more maimed.

What a legacy for St. Rabin.