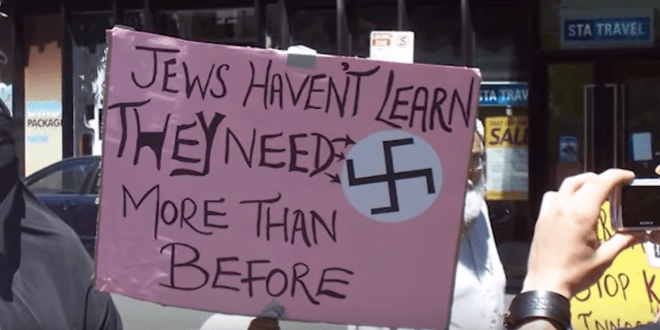 A few years ago, I was paying for some items at a large department store in the Netherlands when I was startled by the sight of a doll behind the cashier’s desk that appeared, at first glance, to be a grotesque racial caricature of a small black child wearing an elfin costume.

I peered again, and with my first impression confirmed, gingerly asked the cashier what it was, exactly, that I was staring at. She turned around, looked at the doll and then looked back at me. Zwarte Piet, she said nonchalantly.

Zwarte Piet (“Black Pete”), I subsequently found out, is a character from the local folklore associated with the festival of St. Nicholas’s Day, which falls just before Christmas. His job is to amuse and play with children as part of the celebrations. His appearance, however, takes the form of what racists in America once offensively dubbed a “pickaninny”—a small child with dehumanizing “blackface” features. Yet even now, many people in the Netherlands will defend this wretched relic of 19th-century “biological” racism as a harmless, even treasured, component of their national culture.

I mention this story because in neighboring Belgium, a similar controversy over racial stereotypes has erupted—and not for the first time. Every year more or less since the 1850s, an annual carnival has been held in the city of Aalst in the build-up to the Easter holiday. In 2010, UNESCO, the United Nations cultural and educational organization, even placed the Aalst Carnival on the “Representative List of the Intangible Cultural Heritage of Humanity.”

But as with Zwarte Piet, the carnival in Aalst provides another alarming example of how discredited smears about race and religion—and in this case, about Jews specifically—still strike a chord, humorous or otherwise, in this swath of northern Europe.

The organizers of the Aalst Carnival would say that its purpose is to entertain; in recent years, they have had enormous fun mocking Jews by conjuring up the most horrendous stereotypes in the form of oversized puppets of Orthodox Jews complete with side curls and hooked noses.

The organizers would also probably say that none of this is about attacking Jews qua Jews; it is merely a means to an end. So, in 2013, when a float appeared at the Aalst carnival that featured individuals dressed as Nazi SS officers alongside individuals dressed as Orthodox Jews, with a display of canisters labeled “Zyklon B”—the deadly poison gas used by the Nazis in the Auschwitz death camp—this was not, the organizers later clarified, a dig at the Jews. Rather, they explained, it was a dig at Belgium’s Flemish nationalist politicians for apparently discriminating against that country’s French-speaking Walloon community.

And so it has continued.

At this year’s carnival, revelers were treated to the sight of two giant puppet figures of Orthodox Jews sitting on bags of money. There are few anti-Semitic tropes that are as instantly recognizable as this one, but still no action has been taken against the organizers. Indeed, what has happened—in much the same way that anti-Zionists on American campuses claim they are “censored” or “silenced” by pro-Israel groups—is that the organizers are now presenting themselves as the victims of an attempt to shut down their freedom of speech. They are particularly angry with UNESCO for condemning the anti-Semitic displays at the carnival. Last week, in preparation for the 2020 event, more than 150 vulgar caricatures of Orthodox Jews were published as a riposte to UNESCO’s interfering.

As hackneyed as the “freedom of speech” defense is in cases such as these, it apparently seduced UNIA—a Belgian government agency focused on ending racial discrimination—into ending its probe into the carnival with a minor slap on the wrist. In its latest report, UNIA conceded that while the Aalst Carnival does “reproduce unmistakable anti-Semitic stereotypes,” it would be unreasonable to charge the organizers with inciting hatred. According to the UNIA report, “the contextual elements and the explanation of the responsible parties … led to a decision that this cannot be considered a malicious intent in the legal meaning of the term.”

Ironically, it is precisely those “contextual elements” that should spark outrage. Like every other country in Europe, Belgium has a notable Jewish past that was irreparably scarred by the Nazi Holocaust. During the German occupation, more than 25,000 Jews were deported from Belgium to the concentration camps, often with the collaboration of local fascists from both the Flemish and Walloon nationalities. Since the war, again in common with the rest of Europe, Belgium has enacted several pieces of legislation to prevent and counter racism, including a 1995 law that made it a criminal offense to “deny, play down, justify or approve” of the Nazi Holocaust. And yet the annual display in Aalst effectively does all of those things, while remaining unscathed.

Thanks in large part to the efforts of the Simon Wiesenthal Center, UNESCO’s meeting in December will consider stripping the Aalst Carnival of its “Intangible Heritage” status. Yet that measure is far from enough. It’s time for the government of Belgium to enforce its own laws against the abuse of the Holocaust and the incitement of racial hatred. Let the carnival go ahead, by all means, but without the anti-Semitic caricatures.