The Dog That Helped Kill ISIS Leader; The Herald of Elijah and Brother in Arms in Magog War

Home » The Dog That Helped Kill ISIS Leader; The Herald of Elijah and Brother in Arms in Magog War 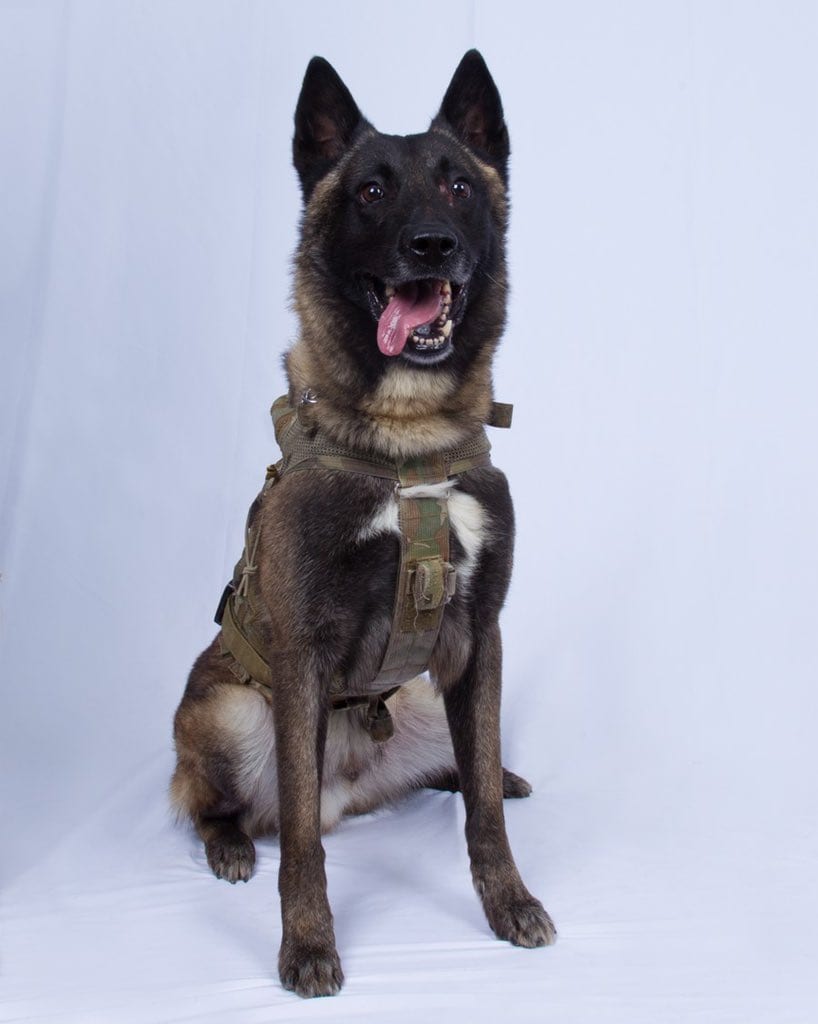 On Monday, President Trump posted a photo of one of the key military assets that engaged ISIS leader in the  U.S. special forces raid that killed Abū Bakr al-Baghdadi: a female Belgian Malinois K-9 unit.

“Our K-9, as they call — I call it a dog, a beautiful dog, a talented dog — was injured and brought back,” Trump told the media on Sunday. “But we had no soldier injured.  “

Newsweek cited Defense Department sources who identified the dog as being named Conan after the late-night television host Conan O’Brien. Conan was injured in the final moments of the operation, sent in first lest the terrorist chieftain was armed or wielded an explosive vest. The concern proved accurate as al-Baghdadi detonated an explosive vest, killing himself and three children he was using as a human shield. Conan is reportedly recovering and has returned to active duty with her unit in Delta Force.

We have declassified a picture of the wonderful dog (name not declassified) that did such a GREAT JOB in capturing and killing the Leader of ISIS, Abu Bakr al-Baghdadi! pic.twitter.com/PDMx9nZWvw

Dogs are routinely used in combat roles and have been part of the U.S military since World War I. Dogs typically are ranked as noncommissioned officers in the U.S. military, a higher rank than the dog’s handler, and are routinely involved in high-level, special operation missions or assigned to conventional forces to find improvised explosives devices. In 2011, a Malinois named Cairo took part in the raid that led to Osama bin Laden’s death. Cairo secured the area around the bin Laden compound while Navy SEALs went in.

Dogs were the first animals to form a symbiotic bond with humans. Paleontologists found the remains of a dog buried beside humans 14,200 years ago but scientists conjecture this bond was first made over 36,000 years ago. This relationship is hinted at in the Hebrew word כלב (kelev; dog) which also means “like the heart.” Though the title of “a dog” was used as a derogatory description in the Bible, dogs do play a positive role as well. Kalev was the only spie who stood by Joshua, remaining faithful to the land of Israel.

During the night before the Hebrews left Egypt, the Bible specifically mentions the behavior of the dogs of the Hebrews as distinguishing them from the Egyptians.

But not a dog shall snarl at any of the Israelites, at man or beast—in order that you may know that Hashem makes a distinction between Egypt and Yisrael. Exodus 11:7

Jewish tradition maintains that the Exodus was a template for the final redemption and, just as the dogs played a pivotal role in Egypt, dogs will play a major role in the Messiah. The Talmud (Baba Kama 60b) says, “Our Rabbis taught: When dogs howl, it is a sign that the Angel of Death has come to a town. But when dogs frolic, it is a sign that Elijah the prophet has come to a town.”

Elijah is, of course, the herald that announces the arrival of the Messiah. It is interesting to note that the gematria (numerological value) of כלב (kelev; dog) is 32, the same as the word אליהו (Eliyahu; Elijah). More appropriate to the role Conan played in the war on terror, the word מגוג (Magog) is also 52.

Breaking Israel News Managing Editor David Sidman served in the IDF as a handler in the K-9 ‘Oketz’ unit.

“I personally was in the unit that trained many U.S military K-9 handlers during Operation Iraqi Freedom” Sidman said. “I can attest to the essential combat role dogs play and, as was so clearly illustrated in the Baghdadi operation in which a canine was sent into a tunnel in pursuit of an armed terrorist, these canine units save human lives. Al Baghdadi was a monster that needed to be removed from the world. That mission, as difficult as it was, would have been even more dangerous were it not for the trained canine units.”