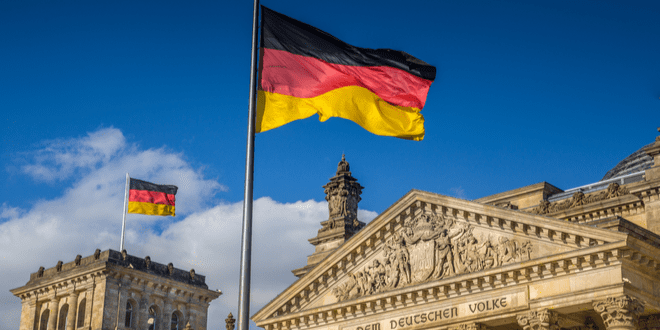 On the night of June 2, a German politician by the name of Walter Lübcke was found lying dead in the garden of his home in Wolfhagen—a village on the outskirts of the city of Kassel in the center of the country—with a gunshot wound to the head. A local politician with more than a decade of service behind him, Lübcke was a supporter of the center-right CDU Party, as well as someone who had expressed sympathy with the hundreds of thousands of principally Muslim migrants who have flooded into Germany from the killing fields of the Middle East over the last four years.

Those views were enough to secure Lübcke’s assassination at the hands of Stephan Ernst, a 45-year-old gun-wielding neo-Nazi. Disturbingly, Ernst was hardly unknown to the authorities in Germany. He had previous convictions for violent hate crimes against minorities and known associations with two hardcore neo-Nazi outfits: Germany’s National Democratic Party (NPD) and Britain’s Combat 18 (the corresponding numbers of the initials ‘AH’—Adolf Hitler.) Yet he was still able to obtain a gun, and plan and execute the murder of a democratically elected politician.

Despite the fury generated by Lübcke’s killing, along with the pledges of politicians and law enforcement chiefs to crack down on the 13,000 violent far-right extremists who are known to the German authorities, the neo-Nazi element has arguably become bolder and more brazen. A few days after the Lübcke assassination, the Financial Times reported on an email received by Henriette Reke, the mayor of the city of Cologne. “The phase of cleansing has started with Walter Lübcke,” it read: “Many more will follow him. Including you. Your life will end in 2020.”

The email was sent from an address identifying itself as the “Staatsstreichorchester” (“orchestra for the overthrow of the state”). Its goals, Mayor Reke was informed, centered on “cleansing the state from scum like you, from Jewish dirt and all the other foreign parasites.” The email signed off with the words: “Sieg Heil and Heil Hitler! With best wishes, the musicians of the Staatsstreichorchester.”

It was the migrant crisis of 2015—when nearly 900,000 refugees from Syria arrived in Germany, followed by 300,000 more the following year—that laid the foundation for the present surge in public support for far-right parties like the Alternative for Germany (AfD), whose elected representatives sit in nearly 100 of the 700-odd seats in Germany’s federal parliament, the Bundestag. In such a political climate, the hardcore racist groups have benefited from a new wave of support, most notoriously in Chemnitz—a dilapidated city in the south-eastern state of Saxony that has become a rallying point for the far-right.

Even though the number of refugees seeking to enter Germany has declined dramatically since 2017, there are plenty of facts—for example, that at present more than 8 million residents of Germany are foreigners—that far-right groups can marshal for political exploitation purposes. More significantly, the post-World War II taboo around neo-Nazi symbols and slogans has been badly punctured. As a result, the prospect of an ongoing series of far-right attacks, reminiscent of the devastating terrorist outrages carried out by the far-left Red Army Faction during the 1970s, cannot easily be dismissed.

For Germany’s Jewish community, the renewed danger of far-right terrorism—graphically demonstrated by the attempted massacre on Yom Kippur at a synagogue in Halle where 51 people were worshipping, and the subsequent murder of two people outside—is perhaps the gravest challenge in an environment where anti-Semitism has become, quite literally, an everyday occurrence. In Berlin, the home of approximately 50,000 Jews, there were 404 reported anti-Semitic outrages during the first half of this year—an average of two per day—according to a recent report by the anti-Semitism monitoring group RIAS. Most of these incidents do not go beyond verbal threats and abuse, but 2019 has still witnessed 13 violent assaults on Jews and more than 20 attacks on Jewish-owned property in the capital.

A large number of these attacks have been carried out by young Muslims, and several victims have reported that their assailants were shouting anti-Israel invective. Moreover, the German police have been criticized on more than one occasion this year for classifying as “far-right” several unresolved anti-Semitic episodes that were more likely carried out by Muslim extremists. In Berlin, according to RIAS, 30 percent of this year’s tally of anti-Semitic incidents were the work of the far-right; the remainder were committed by Muslims expressing pro-Palestinian sympathies.

Anti-Semitism in Germany today evidently wears more than one face. Germany’s government is aware of this, and anxious about it, which is why over the last two years, an anti-Semitism tsar has been appointed at federal level, with local officials performing the same task in many of Germany’s 16 states. The German media, too, is now covering the surge in anti-Semitism as an ongoing national story—much more so than the media in neighboring France, which has a similarly grave problem with violent acts targeting Jews. But none of this awareness has arrested the problem it is intended to address.

If the neo-Nazi gunman in Halle hadn’t been prevented from entering the synagogue by its robust security system, Germany would have been confronted with the most atrocious act of anti-Semitism on its soil since the Nazi era. Having been spared that outcome, it is perhaps time for the authorities to focus more on the “hard power” resources at their disposal.

Most pressing, as Halle demonstrated, is the easy availability of weapons in far-right circles. In 2018, German police seized more than 1,000 guns and other weapons illegally procured by far-right activists, but arms continue to flow from the Balkan countries and former Soviet republics near Germany’s borders. If the far-right in Germany is to be properly defeated, then its adherents have to be disarmed.