Has the Yom Kippur Mystery of Azazel Finally Been Solved?

Home » Has the Yom Kippur Mystery of Azazel Finally Been Solved? 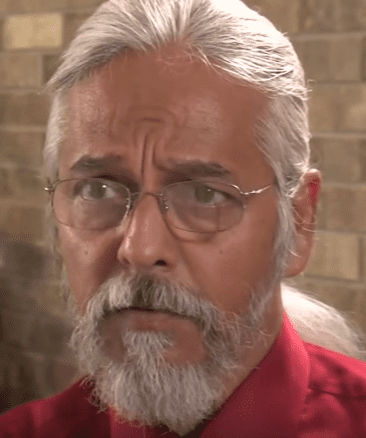 The most important Temple service of the year held on Yom Kippur is described in great detail but one detail remains shrouded in mystery: the location of the Azazel cliff. An unlikely investigator thinks he has unraveled that mystery, but his solution bears with it a buried treasure of gold and silver worth millions.

Since the destruction of the Jewish Temple in Jerusalem in 70 CE, the holy day of Yom Kippur has been observed with intense prayer and fasting. But the Bible mandates 15 specific sacrifices and many other rituals for Yom Kippur outlined in Leviticus chapter 16. This included the Kohen Gadol (high priest) wearing five different sets of garments, immersion in the mikvah (ritual bath) five times, and washing his hands and feet ten times. The temple service on Yom Kippur was the only time the Kohen Gadol entered the Kodesh Kedoshim (holy of holies) three times, the only day of the year he was permitted to enter the site that lay at the heart of the Temple. The day culminated in a lottery that chooses between two goats, purchased at the same time, that were identical in appearance and worth. The fate of the two goats is intertwined and should one goat die, an entirely new set must be provided as it is not sufficient to merely replace the deceased animal. It is interesting to note that the Hebrew word for the lottery (גורל) also means ‘fate.’

Two gold plates, one inscribed with the word “to God” and the other with “to Azazel”, are presented to the Kohen Gadol. He blindly assigns each gold plate to a goat. The goat that is assigned the plate inscribed with “to God” is sacrificed in the normal manner, slaughtered by the Kohen Gadol and burned on the altar inside the Temple as a sin offering. Its blood was sprinkled in the Holy of Holies eight times. The one exceptional aspect of that sacrifice is that the confession of sins that normally precedes sin offerings is omitted.

The other goat is treated in a manner that seems to contradict every rule pertaining to sacrifices. The Kohen Gadol placed his hands on the head of the goat and performed the confession of sins. A crimson skein of wool was wrapped around the horns of the doomed goat and an identical skein was wrapped around the door handles of the Temple. The goat was led into the wilderness outside of Jerusalem a distance that was five times that permitted on the sabbath. Ten stations were prepared along the way with food and drink, thereby technically increasing the permitted distance. Despite the emissary being in the midst of the fast-day ritual, he was offered food and drink at each stop along the way. He refused the offers, of course.

At the end of the journey, the skein of scarlet wool was removed from the goat’s horns and tied to a nearby rock and thrown from a cliff. The cliff was so sheer that the goat tumbled and torn to pieces from the fall. If Israel’s sins were forgiven by this act of contrition, the crimson thread would miraculously turn white as would the thread on the Temple doors. This aspect of the Yom Kippur service was hinted at by the Prophet Isaiah.

It was documented that for the last forty years of the Second Temple, the thread remained scarlet.

The final destination is referred to as Azazel but the meaning of that word is elusive, sometimes explained as being derived from the Hebrew עז (az), meaning ‘bold,’ or alternatively, from the Aramaic עזיל (azil) meaning ‘to go.’  The apocryphal book of Enoch, for example, refers to a fallen angel named Azazel who is blamed for the proliferation of weapons.

It is interesting to note that the man who purifies all of Israel through this mystifying ceremony is made impure, similar to the equally inexplicable preparation of the Red Heifer which also defies the normal Temple customs.

The Mystery of Azazel Solved

Most of the aspects of this enigmatic ritual are described in detail in the Talmud (oral law) but one detail has been lost: the precise location of the final destination, the cliff where the goat meets its end. Five sabbath journies, a distance described in Jewish law, is approximately 12 miles. The region is in the Judean desert across the Kidron Valley from Jerusalem but is referred to simply as צוק (tsuk, literally ‘a cliff’). The Talmud describes it as a “rough and rocky place.”

It may seem that a non-Jewish retired arson investigator and former Army helicopter pilot from Oklahoma is an unlikely candidate for solving this ancient mystery but it may be that it is precisely these qualifications that led Jim Barfield to discover the precise location of Azazel. Oddly enough, he discovered the location while working on another mystery: the Copper Scroll.

Incredibly, while the other Dead Sea Scrolls contain religious and Biblical works, the Copper Scroll is simply a list of 64 locations and corresponding amounts of gold and silver from the Temple that were hidden away. One of the locations is described as holding priestly vestments.

The Copper Scroll, an ancient artifact inscribed in Hebrew, is currently in a museum in Amman, Jordan.

In 2006, Barfield set out to discover the truth of the Copper scroll, following in the footsteps of Vendyl Jones, a Texas preacher turned Biblical archaeologist. Jones’ archaeological investigations at Qumran had discovered a small vial of Persimmon Oil used to anoint kings and high priests and a huge cache of Temple Incense.

The description of inscribed on the Copper Scroll indicated that the hidden treasure was worth millions, perhaps even billions, of dollars. But, like Jones, Barfield’s motivation was simple.

His research led him to believe that all of the treasure was hidden in Qumran itself. Some archaeologists surmised the site was a community of Essenes, an austere sect of Judaism, flourished from the 2nd century BCE to the 1st century CE.

In the course of his research, Barfield spent countless hours staring at maps of Qumran. As a helicopter pilot, Barfield was trained to study maps from all perspectives. He discovered that the shape of the city that had once stood at Qumran was identical, albeit the inverse, of the map of Jerusalem of the same period. Barfield found many parallels between the two cities.

Barfield also discovered that one of the burial places in the Copper Scroll was described as “the mouth of the Tsuk. It cites Tsuk twice for two different burial locations, describing it as “the lofty cliff for judgment.”

In his excursions into the desert area surrounding Qumran, Barfield believes he discovered the precise location of the Azazel ceremony; a lonely 180 foot-tall sheer cliff overlooking the ancient site.

Barfield began his search for the Azazel cliff by using the specified distance as an approximation, drawing a circle on the map around the Temple Mount with a radius of 20 miles. The top of the cliff is approximately 20 miles due east of Jerusalem and the foot of the cliff is just outside Qumran.

“It’s quite a dangerous spot,” Barfield said. “It’s fenced off and I have never seen anyone out there. But there is a path leading precisely to that high spot on the cliff. If you’ve got your little goat and your fixin’ to say goodbye, that would be a perfect spot.”

Barfield visited other sites believed to be the elusive Azazel but none fit the description as well as the cliff overlooking Qumran.

“One site was just a big hill,” Barfield said. “If you pushed a goat off of the peak, all you would get is an angry goat.”

Near the top of the cliff, Barfield discovered a large rock with a peculiar hole drilled into the top in a manner that would be most convenient for inserting the pole used to hang the skein of crimson wool.

Barfield emphasized that his theories were still no more than theories.

“I don’t know that this was the spot but for now, no one knows,” Barfield said. “The important thing is to keep asking the questions and keep looking for the answers. If they were going to do something as important as this, I am sure they would want to do it in a place that was watched over by people who were meticulous about ritual purity, like the residents of Qumran were. That is why they stored the Persimmon Oil and the incense there. It was clearly connected to the Temple in many ways.”

Barfield emphasized that the areas to the north, south, and west of Jerusalem were settled.

“It was only to the east, towards Qumran and the Dead Sea, that you had true wilderness,” Barfield said.

For the time being, Barfield’s investigations at Qumran are stalled, awaiting government permission. Building the Third Temple is an explosive political issue, and finding the actual Temple vessels would thrust that issue into the forefront.

With the answer tantalizingly close, Barfield believes public opinion can tip the scales and help defuse the opposition. But the recent political impasse in the Israeli elections is also a source of hope.

“As the situation currently stands, any archaeological finds from the Jordan valley could be claimed by the Palestinians as their property,” Barfield said. In fact, the Palestinian Authority has tried to claim the Dead Sea Scrolls as part of their ancestral heritage. “Netanyahu promised to annex the Jordan Valley if he gets elected. Maybe after he does that, the Israeli government will allow us to dig in Qumran in the Jordan Valley.”

“I’ll make the Palestinians a deal,” Barfield said. “I’ll give them every single thing we find, every gold or silver coin, every scroll, every artifact. Everything that has Arabic on it or mentions the Palestinians, I will personally give it to them.”

AUTHOR’S NOTE: I would like to thank Shelley Neese, author of the Copper Scroll Project. Her research into the Yom Kippur Temple service is truly remarkable.