Yair Golan Has Got It Right and Very Wrong

Home » Yair Golan Has Got It Right and Very Wrong 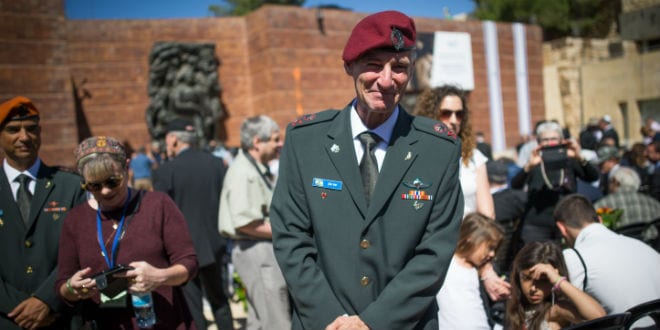 Incoming freshman Member of Knesset from the leftist, Democratic Union list, Yair Golan, did it again. Golan’s constant delegitimization of his political opponents on the right, smacks of the same delegitimization that tyrants, dictators, demagogues and assorted totalitarians always use, just before the Putsch.

In that regard, he’s right when he said recently, “I’m reminding people that the Nazis came to power democratically, so we have to be careful, very careful, so that radicals with a messianic view won’t exploit Israeli democracy to replace the system of government.” Think “Bolsheviks” too.

But, the DANGER comes from people like himself, and his fellow travelers, like Little Napoleon Ehud Barak.

Barak for example, earlier prophesied, “The State of Israel is just ahead of a complete collapse of Israeli democracy,” when he announced his new party’s name Democratic Israel. “Now is the time to bring back Israel’s hope and courage, to unite and to bring Israel back to sanity.”

Barak’s message, “only I can save Israel.” Pretty messianic, pretty demagogic, don’t you think?

Golan continued, “I’m warning everyone about the radical right. During my many years of service I faced the most difficult elements of violent right-wingers aimed at IDF soldiers. The right is dangerous, to the rule of law, to the survival of Israel, to democracy. The right preaches things that are not part of the democratic process, it sometimes uses democracy to harm democracy. We must be careful of it.”

Golan, conveniently is forgetting about all the regular agitation, name-calling and violence against IDF soldiers and Israel from the left-wing, i.e. Breaking the Silence, anarchists, and BDS people.

Yair Golan follows in his political mentor Barak’s footsteps. This isn’t new for Golan, he’s been spouting his hatred of people on the right, who don’t agree with him, since at least 2016. As Deputy Chief of the Staff of the Israel Defense Forces at the time, Golan drew a parallel between Germany in the 1930s and Israel today. In his infamous speech at a Holocaust Remembrance Day event, he said “If there is one thing that frightens me in remembering the Holocaust, it is noticing horrifying processes that occurred in Europe…70, 80, and 90 years ago, and finding evidence of their existence here [in Israel] in the year 2016.”

That’s the scariest thing about the Holocaust to Golan? Not Jews being murdered in their millions?

After Golan’s latest rant, Channel 12 reporter Amit Segal said on social media that, “The obsession of Yair Golan in finding Nazis in every corner of Israel, teaches us that we are lucky that this man was not IDF Chief of Staff, and that the IDF was spared this embarrassment.”

Yamina leader Ayelet Shaked responded on Twitter, to Golan’s most recent statement, “Maybe give up already on this obsession with comparing us to Nazis? It’s not even annoying at this point, just pathetic.”

Yamina MK Bezalel Smotrich agreed, also describing the comparison as an obsession. “As the grandson of Holocaust survivors I despise the cheapening of the Holocaust, which has already become a regular show for [Golan] in his delegitimization campaign against religious Zionism.”

But they’re wrong, its not an obsession. Its the time worn tactic of totalitarians from the far left and far right, to delegitimize their political opponents. And, that’s what ultimately destroys a democracy, when they gain power.

So, people like ex-general MK Yair Golan, and his sidekick, Little Napoleon Barak, who worry Israel is closing in on “fascism,” while ignoring the PalestiNazi’s murderous path; are going to save the day and lead the way to a new era of peace, prosperity and democracy in Israel? I don’t think so.