Praying for the Peace of Jerusalem With Millions of Christians Worldwide 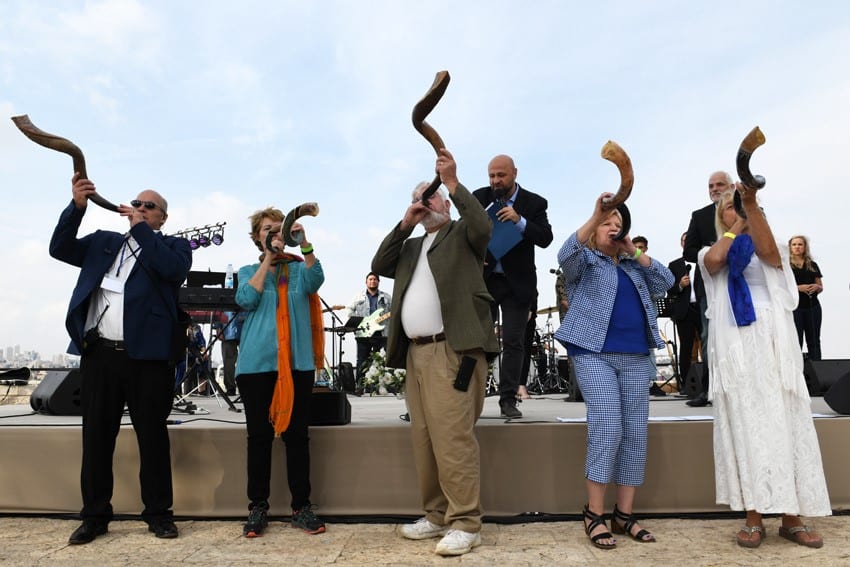 On Sunday, October 6 at 4:00 PM Israel time, Christian prayer for the peace of Jerusalem will be offered live from the Haas Promenade in Jerusalem. Over 500,000 church groups across the world are expected to participate from their home locations and millions more will watch the live broadcast.

In the early 1990s, Robert Stearns, founder and executive director of the international Christian organization Eagles’ Wings, had a transformative awakening at the Western Wall in Jerusalem. What he experienced that day, while volunteering for the International Christian Embassy Jerusalem, changed his life and the lives of millions of Christian Zionists across the world.

“I remember going down to the Kotel (Western Wall) and seeing the fervency and depth and beauty of the prayer there and thinking to myself, ‘Now, who are these people?’ Stearns told Breaking Israel News. “These people are praying to the same God that I pray to. And I pray these same scriptures.

“And so, at that moment, I realized that my relationship with the Jewish people was different than my relationship with any other people group, because the Jewish people were my root system. I had received from them all of the Bible stories that inspired me, all of the prophetic scriptures that encouraged me, the Book of Psalms. I had received from them the framework for my faith. That was a pivotal, life-changing moment for me.”

Stearns would go on to found Eagles’ Wings, whose flagship event is the Day of Prayer for the Peace of Jerusalem. Initiated in 2002, each year on the first Sunday of October, millions of Christians worldwide set aside time to pray for the peace of Jerusalem.

Pray for the well-being of Yerushalayim; “May those who love you be at peace. Psalms 122:6

According to Stearns, “From the beginning, the date for the event was intended to become a fixed part of the annual Christian calendar worldwide in the season of Yom Kippur.”

With over 1400 Christian leaders and 500,000 participating congregations, the Eagles’ Wings organization believes that, “In just a few years, this event has quickly become the largest Israel-focused prayer event in history.”

The keynote speaker for the Jerusalem event this year is David Friedman, United States Ambassador to Israel.  Jerusalem Mayor Moshe Lion and other Jewish and Christian leaders will be joining Ambassador Friedman at the live event which, in addition to prayer and “stirring speeches” will also include “vibrant music,” noted the staff of Eagles’ Wings.

Around the world, over 175 nations, including Korea, Brazil, Indonesia, Tanzania, Portugal, Nigeria, Puerto Rico, Benin and India will also gather locally, helping to fulfill the organization’s vision “for sustained, fervent, and informed global intercession for the plans and purposes of God for Jerusalem and all her people.”

The focused prayers of millions of Christians praying for the peace of Jerusalem is perhaps Stearns’ greatest legacy.

“I get the beauty and joy of watching literally millions of people around the world, nation after nation, fulfilling Psalm 122:6. Every single year, we have dozens and dozens of photographs come in, from some of the largest churches on earth and also some of the tiniest churches, deep in the mountains and rural areas of the world. And to see these hearts turn toward Jerusalem is probably the greatest gift in my life,” he elaborated.

Breaking Israel News asked Stearns about his personal vision for the relationship between Christians and Jerusalem.

“Zion is the spiritual home for Christians. It’s not Rome. Rome is not our mother. Jerusalem is our mother, and the Christians are returning home to Zion. And that is a beautiful and an amazing thing.”

Besides being the founder of the worldwide prayer for Jerusalem, Stearns has brought over 25,000 Christians to Israel. He is also the executive director and founder of the Israel Experience College Scholarship Program, which brings Christian university students to Israel for a three week study tour of Israel, preparing them to be ambassadors for Israel.