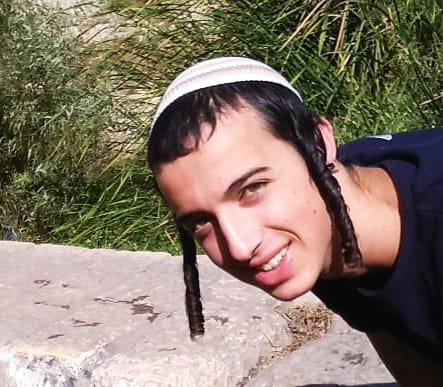 Dvir Sorek was murdered in a terror attack in August. The IDF and other security forces are still searching for the terrorist.

He was “the cornerstone” of the Machanaim Yeshiva where he studied and a much-loved member of the institution.

The dean of the yeshiva, Rabbi Shlomo Vilk, said that Sorek was “a kind and gentle person” who was concerned for the environment and was kind to “every living thing.”

“He looked on everyone very kindly. The difference between the way he lived and the way he died is too much for us,” Vilk told The Jerusalem Post.

Yoav Sorek, the father of the late 19-year-old Dvir Sorek, said that his son “had light in his eyes, and someone who had murderous eyes took him away” from us.

Sorek, who was speaking on Israel Radio hours after the body of his murdered son was discovered near Efrat in Gush Etzion, described the 19 years he had with the young man as a “gift,” but said that “the pain will stay with us.”

The pain that he is referring to isn’t necessarily emotional pain only. The pain can take many forms – including financial.

But this is where you can step in and help. That’s because Israel365 has launched a campaign to provide financial support for families who have lost their loved ones to terrorist attacks.