Top 10 Signs of Redemption This Year 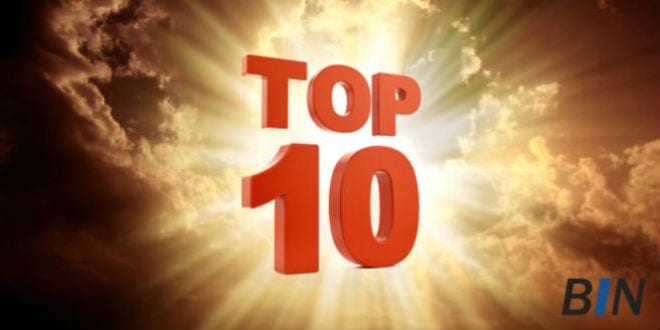 On Sunday evening, the Hebrew calendar moves forward to 5780. According to Jewish tradition, the final redemption must arrive before the beginning of the 6,000th year so signs should be appearing. A quick roundup of the past year shows that this is indeed the case as Breaking Israel News gives a recap of the top ten Geula (redemption) articles of the year (There were so many that we added a bonus).

1.Multiple Jewish Sources Point to Israel’s Election Impasse as the Gateway to Messiah

The modern state of Israel is a miracle, a visible reminder that the Biblical covenant between God and the Jews is indeed eternal. Early elections were called last year and after the voting was done, no government was formed. This was unprecedented but even more surprising was when a second round of elections held last week also ended in a stalemate. Precisely according to prophecies predicting this would happen as a precursor to Messiah.

A catastrophic attack in Saudi Arabia by Iran-backed Yemenite Houthi rebels shook the world, destroying the facilities that produce five percent of the entire world’s oil. If the U.S. picks up the gauntlet thrown at their feet by the Iranians, the confrontation in Yemen predicted by Isaiah as preceding the pre-Messiah War of Gog and Magog may suddenly appear, as one rabbi said, “much sooner than anyone thinks.”

3.Universal Prayer, Non-Jewish Sacrifice on Mount of Olives to Cancel Out War of Gog and Magog

The Conference of the Organization of the 70 Nations will begin with universal prayer and culminate a ceremony in which an animal sacrifice will be offered on the Mount of Olives in Jerusalem to renew the covenant made between God and all of mankind. The organization is a great step towards replacing the United Nations with a Zion-based universal effort to bring the world in line with God’s will.

A major step was made towards reinstating the Temple service: after an intensive study into the practical details, an actual heifer, albeit not a red one, was burned in precisely the manner that will enable the Jewish people to be purified.

5.Foxes Appear on Temple Mount in Time to Fulfill Verse in Lamentations Read on Ninth of Av

An article on Breaking Israel News about foxes being sighted on the Temple Mount garnered over a quarter million reads, leading one influential rabbi to note that the phenomenon coupled with the reaction are sure signs that “more prophecies are on the way.” The sighting comes during the nine-day period of austerity culminating in the Ninth of Av when Jews read the Book of Lamentations which includes a verse about foxes on the Temple Mount.

6.Are the Ten Plagues Reappearing Today?

A recent wave of four Biblical plagues has many wondering if the remaining six are about to strike since, according to Jewish tradition, all of the plagues that struck Egypt will reappear before the final redemption.

8.Watch! Snake in the Temple

A snake wriggling out from between the stones of the Western Wall in search of a meal brought with it a message straight from Jewish mystical teachings; connecting the archetypal enemy of man with the High Priest in the Temple, and also, perhaps, serving as a harbinger of the Messiah.

Saudi Arabia, in particular the location of Islam’s holiest sites, Mecca, was recently been inundated by swarms of locusts, crickets and cockroaches.

10.Sanhedrin Invites 70 Nations to Hanukkah Dedication of Altar for the Third Temple

The nascent Sanhedrin released a declaration to the 70 nations for Hanukkah to be read at a ceremony in Jerusalem on the last day of the holiday. The ceremony included the consecration of a stone altar prepared for use in the Third Temple. The declaration was intended as an invitation to the nations to participate in the Temple and to receive its blessings.

On the sixth day of Sukkot, a group of Jews praying on the Mount of Olives witnessed a strange mist rising up out of the ground on the Temple Mount, enshrouding the holy site and obscuring the base of the Dome of the Rock.