Islamic Jihad: Why No Life Is Safe

Home » Islamic Jihad: Why No Life Is Safe 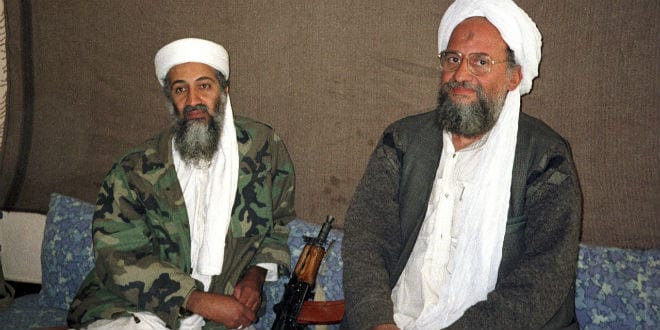 On September 11, 2019—the eighteenth anniversary of the 9/11 terror strikes on U.S. soil—al-Qaeda leader Dr. Ayman al-Zawahiri released a video praising that “blessed raid” and inciting Muslims for more like it, particularly against American, European, Israeli, and Russian targets.

One of the more interesting aspects of the video is that the 68-year-old Zawahiri “criticizes ‘backtrackers’ from jihad, referring to former jihadis who changed their views in prison and called the 9/11 attacks unacceptable because innocent civilians were harmed.”

That Zawahiri finds himself contending with those who claim that “innocent civilians” should not be killed during the jihad is interesting—if not ironic—considering that the al-Qaeda chieftain is himself one of the modern era’s chief theoreticians on the legality of waging jihad, even if innocents are killed.

Written sometime before 2001, Zawahiri’s treatise, “Jihad, Martyrdom, and the Killing of Innocents” (first translated and published in 2007 in The Al Qaeda Reader, pp.137-171) offers a fascinating insight on these three topics, particularly in the context of what shari‘a, or Islamic law, requires.

In regards to the inevitable killing of innocents, Zawahiri establishes the question: “[Often] mixed among the infidels, whom the mujahidin target in warfare, are those whom it is not permitted to kill—such as Muslims, dhimmis, women and children, and so forth. So, is jihad, which is assigned us, to be abandoned on account of their protected blood, or is killing ones such as these—accidentally, not on purpose—forgiven in face of the highest goods that would be realized from waging jihad against the infidels, the enemies of Allah Supreme?”

After going through the various schools of thoughts, Zawahiri distills them to three main views: “The first view: total prohibition … The second view: total legitimacy with blood money and atonement [as the price]… The third view: permissibility to bombard the idolaters even if Muslims and those who are cautioned against killing are intermingled with them as long as there is a need or an obligation for Muslims to do so, or if not striking leads to a delay of the jihad. As for blood money and atonement, these are to be judged individually. This [third] view is the one that we hold to, that is, permitting bombardments in order to expedite the jihad and never cause it delay.”

In this, Zawahiri presents al-Qaeda as taking the “middle road.”  After all, there is ample precedent validating the second view—bombarding infidels even if innocents are intermingled with them with virtual impunity.  He quotes al-Awza‘i (707-774), founder of one of Islam’s earliest school of Islamic jurisprudence, or a madhhab:

[T]he biographers relay that the Prophet besieged the inhabitants of Ta’if [in 630] and fired at them with catapults, despite his ban on killing women and children. He did so knowing full well that women and children would be struck, for it was not possible to differentiate between them. This demonstrates that if Muslims are intermingled with the people of war, it is still permissible to fire at them, as long as the intended targets are the idolaters. [On another occasion] the Prophet was asked about whether it was permissible to attack the idolaters in the dark even if this led to their women and children being struck. He [Muhammad] replied: “They [women and children] are from among them [the infidels].” He also used to command that if those whom his armies intended to attack agreed to prayer [i.e., embraced Islam], then they were to be left alone, but if not, then they were to be attacked. This is the course that the righteous caliphs followed [during the Arab conquest of Persia, Egypt, and Syria, circa. 632-661]. And it is well known that whoever follows such a course, bombarding infidels, will inevitably hit their women and children, who are otherwise forbidden from being killed. Likewise, the same goes if there are Muslims among them. It is compulsory that this [the possibility of hitting women, children, and Muslims] not dissuade the launching of an incursion against them, firing arrows and utilizing other [weapons]—even if one dreads hitting a Muslim. …… He should never abandon this obligatory duty because some Muslims might be killed mistakenly, not intentionally. Whoever does die is in the hands of Allah, and we trust that he is a martyr.

Moreover, throughout his treatise Zawahiri repeatedly stresses that the ulema’s discussions on whether the lives of fellow Muslims, women and children should forestall the jihad were always held in the context of Offensive Jihad—the primary manifestation of jihad throughout history, when Muslims invaded non-Muslim territory for no other “pressing reason” than that Islam required it.   However, in a Defensive Jihad, which al-Qaeda and even the Islamic State claim to be waging and where Islam itself is perceived to be under attack if not trying to “liberate” itself, all these questions fade away in the background of Muslims fighting any which way they can.  As the so-called “Sheikh of Islam” himself, Ibn Taymiyya (1263-1328), wrote:

Defensive warfare is the most critical form of warfare, [since we are] warding off an invader from [our] sanctities and religion. It is a unanimously accepted duty. After belief, there is no greater duty than to repulse the invading enemy who corrupts faith and the world. There are no rules or conditions for this; he must be expelled by all possible means. Our learned ulema and others have all agreed to this. It is imperative to distinguish between repulsing the invading, oppressive infidel [Defensive Jihad] and pursuing him in his own lands [Offensive Jihad]….  Based on the consensus of the ulema, those Muslims who are accidentally killed are martyrs; and the obligatory jihad should never be abandoned because it creates martyrs.

Concludes Zawahiri: “As for those dubious persons who say that jihad should be abandoned for now due to certain ambiguities [the question of killing innocents], let them know that forfeiting the faith is a much greater harm than forfeiting money or lives. Moreover, we see that the ‘ambiguities’ they speak of have no value in light of what we have meticulously demonstrated here—especially the fact that what the mujahidin undertake in many countries has to do with Defensive—not Offensive—Jihad.”

Such is the standard Islamic view on when and why the jihad should be waged—and who can and cannot be killed.  Perhaps the take away from all this is that, so long as Muslims see and/or portray themselves as on the defensive—and most Muslims, “moderate” or “radical,” see the Muslim world as on the defensive—so long will anything (and anyone) go in the jihad.