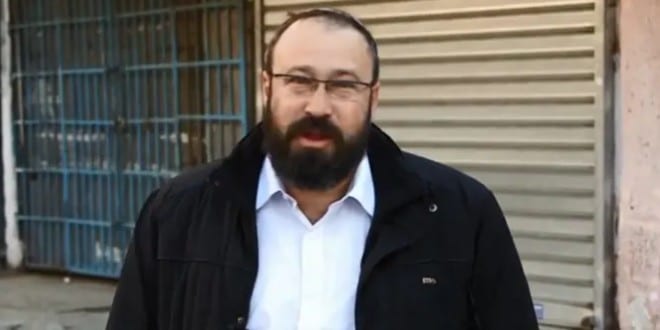 Most people who get fatally shot while driving would either continue driving to flee the scene or stop the car and just allow themselves to die. But Rabbi Achiad Ettinger wasn’t ‘most people’.

Ettinger’s death happened shortly after an Arab terrorist stole IDF soldier Gal Keidan‘s rifle. When that happened, the terrorist went on a mass shooting spree. Among his victims was the brave Rabbi. Relatives told reporters that Ettinger after being shot while driving, heroically turned his car around and managed to fire four bullets in the direction of the terrorist, causing him to flee the scene. And although he didn’t hit his murderer, it prevented the perpetrator from targeting others.

But Ettinger wasn’t just a hero in his death.

That’s because most people don’t realize that the streets of Southern Tel Aviv have been de-facto taken over by illegal aliens who migrated from Africa. They run gangs, prostitution rings, smuggle dangerous drugs and can often be seen intoxicated on street corners. Massive drunken street brawls are an almost nightly occurrence. And despite countless complaints of sexual assault, the Israeli police have all but refused to enforce the law in those parts sending southern Tel Aviv neighborhoods into a state of almost total anarchy. And while every Jewish Israeli with the means to leave south Tel Aviv does, one man made the counter-intuitive decision to actually move into that hell hole. His mission: to establish a Torah learning center and inspire the run-down area’s residents with God’s light. That man was none other than Rabbi Achiad Ettinger z”l.

See his widow explain their transition in an interview with Rabbi Tuly below:

Rabbi Ettinger was dedicated to studying Torah and spreading God’s word to the residents of a neighborhood that desperately needed the Lord’s inspiration. And in case that level of self-sacrifice wasn’t enough, his family announced that they would donate his organs to help others. By the way, when I say ‘family’, I mean all 12 of his kids (yes, 12, just like Jacob).

Below, one of Ettinger’s sons breaks down while naming his baby boy after his father during the baby’s brit milah (circumcision) ceremony:

But now that he’s gone, they need your help.

That’s because it is the family that has to find the inner strength to move on. Most people don’t realize that losing a loved one to terror can be emotionally crippling. It can even prevent those affected  by the loss from performing regular everyday tasks like going to work or even leaving the house to buy groceries.