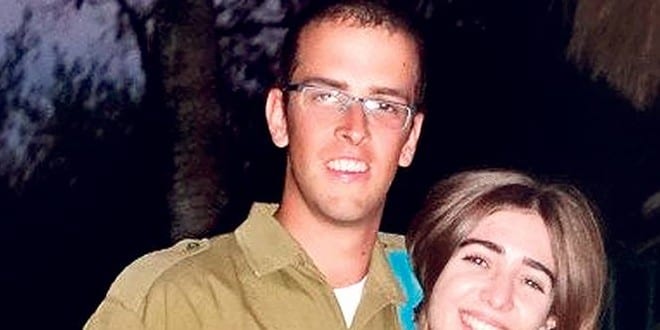 Gal Keidan (19) of Be’er Sheva, a sergeant in the Artillery Corps’, was stabbed and killed in a terror attack at Ariel Junction on  March 17, 2019. After stabbing him, the Palestinian attacker subsequently stole his rifle before shooting him and two other people in separate locations.

The horrid attack was caught on camera and can be seen at the 1:01 mark.

Following his death, Keidan was posthumously promoted to the rank of Staff-Sargent.

The young soldier was laid to rest in the military cemetery of his hometown Be’er Sheba. He was a gifted student and musician. Below is a video of Keidan in the foreground playing the mandocello at a recital.

He is survived by his parents Anatoly and Marina, both immigrants from the former Soviet Union and two older siblings.

Now that this soldier of Israel is no longer with us, it is the family that has to find the inner strength to move on. Most people don’t realize that losing a loved one to terror can be emotionally crippling. It can even prevent those affected  by the loss from performing regular everyday tasks like going to work or even leaving the house to buy groceries.

Donate today and walk into the year 5780 with a sense of spiritual fulfillment.