Home » ‘The Washington Post’ Smears Israel Before its Elections 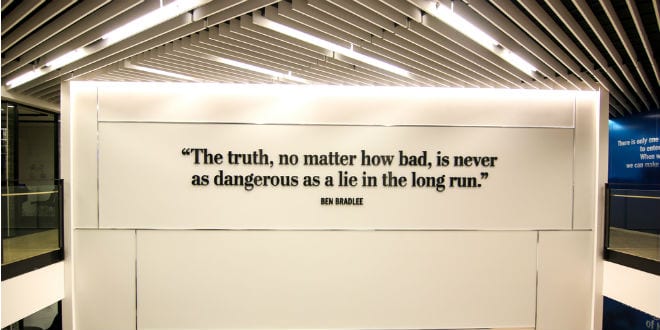 Israel is increasingly “illiberal” argues Robert Kagan in an unprecedented four-page spread in The Washington Post (“Israel and the decline of the liberal order,” Sept. 15, 2019). Kagan’s argument, made on the eve of Israel’s second free and fair elections in six months, falls flat on its face. Indeed, not only is it Israel’s second election in less than a year, polls suggest that the election, with topics hotly debated in the press, is likely to be quite close—the precise opposite of what one would see in an illiberal polity. But this isn’t the only flaw in a deeply flawed piece.

Kagan cites “Israeli foreign policy,” which he claims has been trending in an “anti-liberal direction,” as evidence of the Jewish state’s budding authoritarianism. For proof, he lists several very different governments that Israel has varying degrees of relations with. Israel has worked to establish ties with Hungary’s Prime Minister Viktor Orbán, Brazil’s President Jair Bolsonaro, Poland’s Law and Justice Party, and Russia’s President Vladimir Putin. Israel, he notes, has also “consistently provided strong support for” Egypt, the UAE and Saudi Arabia. It has also offered a Chinese state-owned firm a contract on the port of Haifa and “provided a state visit” for the president of the Philippines, Rodrigo Duterte.

Kagan even throws India’s Prime Minister Narendra Modi and the United Kingdom’s new Prime Minister Boris Johnson into the mix. Somehow, by establishing close relations with these democracies, Israel is being fundamentally anti-democratic.

Worse still, the writer fails to note that much of the West, including the United States, has ties to many of these same countries. Plenty of Western nations hold “state visits” for less than reputable leaders and do business with Chinese state-owned firms, including charter members of what Kagan questionably considers to be the “Western liberal order,” like France and Germany. Indeed, anti-Semitism is skyrocketing in many of the countries that constitute the European Union.

Kagan fails to explain why Israel—and Israel alone—should be held to a different standard.

The writer’s decision to castigate Israel for establishing close relations with its Arab neighbors is particularly bizarre. Israel doesn’t have the luxury of picking and choosing its regional alliances. All three countries he names are, as the United States has recognized, crucial to countering Iran, which seeks regional hegemony and Israel’s destruction. All three were once hostile to Israel, and in years past either directly attacked or supported attacks against the Jewish state. It’s odd that Kagan would lament Israel having better relations with them.

As for Russia, Israel has little choice: The country is active in Syria, on Israel’s border—a fact that occurred, in large measure, because America and the “Western liberal order” allowed it to happen without pushback. Israel must deal with the consequences of that decision. For Israel to strike the Iranian-backed terror groups that reside in Syria requires relations with Russia. Without such contacts, a larger-scale conflict could break out.

Contrary to what Kagan asserts, relations with illiberal nations are hardly new. As Mandel points out, in the early years of its existence, Israel established ties with the Shah’s Iran, and the military dictatorships of Turkey and imperial Ethiopia. Then, as now, democracy wasn’t in abundance in the Middle East, and Israel made do with the alliances that it could get in an often-hostile part of the world. Israel has made alliances with illiberal countries—just as the United States did in World War I (Tsarist Russia) and World War II (Stalin’s USSR). Indeed, America even militarily assisted illiberal governments during the Cold War and the first U.S.-Iraq war—all during what Kagan considers the golden period of the U.S.-led international order.

During the Cold War, Israel furnished the United States with key intelligence, including Soviet premier Nikita Khruschev’s 1956 secret speech denouncing Stalin—the existence of which “changed history,” as some commentators have noted. In a daring 1966 operation, Israel also secretly captured a Soviet-built Mikoyan-Gurevich MiG-21, the most advanced Soviet fighter plane at the time, and shared it with the United States.

Indeed, during the Cold War, Israel was the only American ally to successfully fight two generations of Soviet allies and equipment on battlefields. Not France, which worked to undercut NATO, or West Germany, which at times appeased and colluded with Soviet-backed proxies, including Palestinian terrorists.

More recently, Israel prevented both Iraq’s Saddam Hussein and Syria’s Bashar Assad from having nuclear weapons. As Yaakov Katz noted in his recent book Shadow Strike, the United States was grateful that it didn’t have to contend with a nuclear Saddam during “Operation Desert Storm,” and Assad’s nuclear arsenal could have conceivably fallen in the hands of the genocidal Islamic State during Syria’s Civil War.

Israel still continues to demonstrate its value to the U.S. militarily, sharing intelligence that former CIA head Gen. Michael Hayden has labeled “nothing less than exquisite.” And unlike other alliances and aid, defense technology created in Israel is shared with the United States and is, per law, used to employ thousands of Americans.

More broadly, Kagan’s argument shows a stunning unfamiliarity with Israeli history. By every major metric, the Israeli electorate is broader and more diverse than it has ever been. More Arabs and non-Jews vote, and hold positions of power, than at any point in Israeli history, with greater rates of representation in leading industries and fields from the military to medicine. Indeed, as the left-wing Israeli newspaper Ha’aretz recently noted, the number of Arab engineers in Israel’s high-tech industry has risen nearly 20-fold in only 11 years.

And Israel’s elections are often closer and more narrowly fought than in the nation’s early years—a fact evidenced by the second election in six months, a “do-over.” Indeed, for the first three decades of its existence, a single party, Mapai, dominated Israeli politics, winning every single election from 1948 until 1977.

And by every metric, Israel’s first prime minister, David Ben-Gurion, had far greater power than any of his successors, including current premier Benjamin Netanyahu. Indeed, the current election is occurring because some other political parties declined to form a government with Netanyahu at the helm—triggering another round. That’s not growing authoritarianism and the centralization of political power, but the opposite.

The plural in ‘peace partners’

Kagan’s four-page broadside was part of a larger effort to attack and demonize the Jewish state in the run-up to the Sept. 17 elections.

A Sept. 16 Washington Post editorial asserted that Netanyahu’s election would end the possibility for a Palestinian state. But in hundreds of words, the newspaper failed to mention that it is the Palestinian Authority, which hasn’t held elections in more than a decade and is ruled by an actual dictator, that refused U.S. and Israeli offers for statehood and peace in 2000, 2001 and 2008, among other instances. And it is the P.A. that has refused to quit paying salaries to those who carry out terror attacks, atrociously referred to as “Palestinian resistance” by Kagan in his Post piece.

Regrettably for both Israelis and Palestinians, the Post doesn’t consider Palestinian illiberalism—well embodied by P.A. leader Mahmoud Abbas, who is serving the 15th year of a four-year term—to be worth column space. As CAMERA noted after the last Israeli elections, the Post has almost quit reporting on Palestinian politics altogether. Indeed, a recent job posting for the newspaper’s Jerusalem bureau doesn’t even mention it as a subject that they expect staff to cover.

Similarly, the Post also regurgitated Politico’s claim, which was based on anonymous sources, that Israel was spying on the Trump administration. The Post failed to mention that the LA Times had already discredited Politico’s report.

In June 2018, Netanyahu sent a letter to the ailing Post columnist Charles Krauthammer shortly before his untimely death from cancer. The Israeli premier hailed the writer for harnessing his “formidable intellect” and “immense learning” “to defend liberty and the Jewish state.” In his writings, Krauthammer had “slain the hypocrisy and slanderers of Israel” with “consistency and conviction.”

For those who value such things, Krauthammer’s presence at the newspaper is sorely missed.