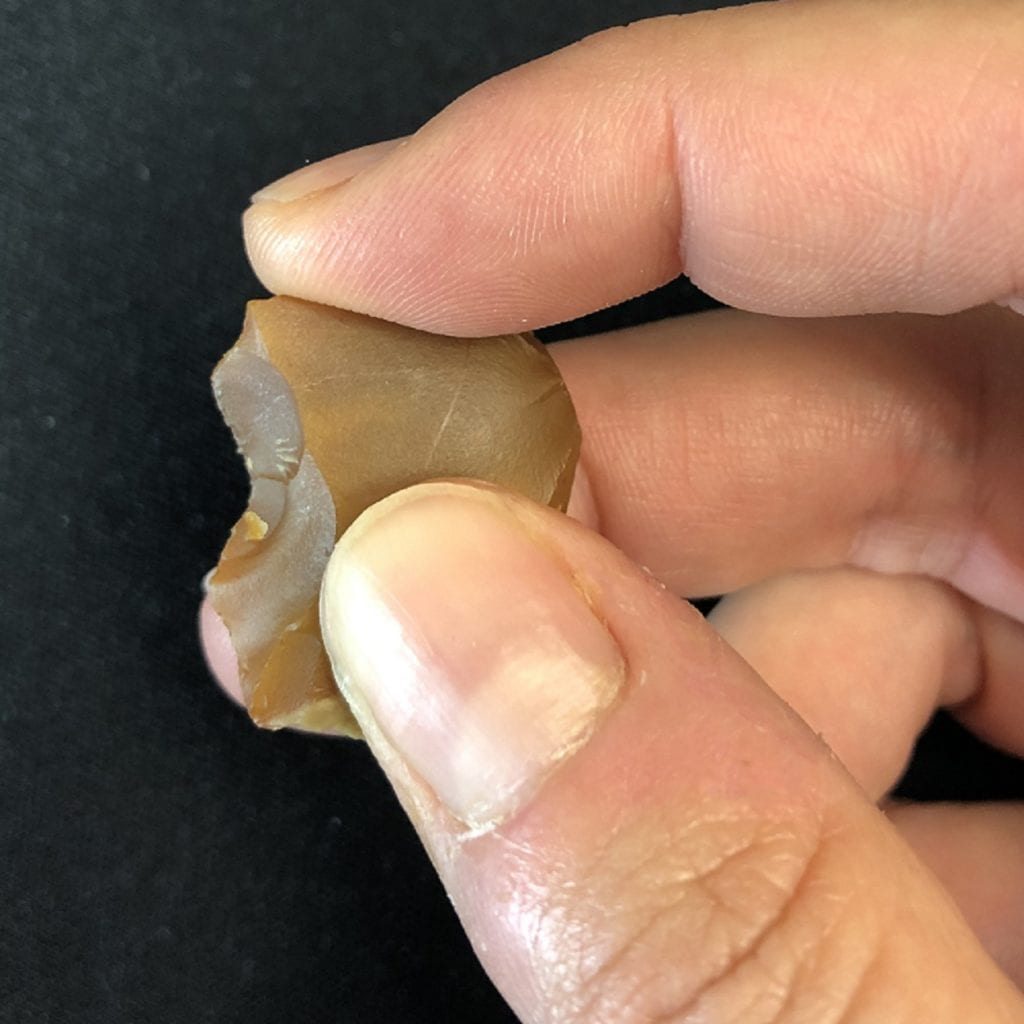 Early humans during the Lower Paleolithic period – between 1.4 million to 400,000 years ago – were no dummies. In fact, the Acheulian culture of whose evidence they left behind shows that they were sophisticated and even environmentally aware. Research showing this was conducted by an archaeological team headed at Tel Aviv University and just published in Nature’s Scientific Reports.

The Acheulian culture endured in the Levant for over a million years during the Lower Paleolithic period. Its use of “bifaces” – large cutting tools like hand axes and cleavers – is considered by the team a hallmark of its sophistication.

The Acheulian culture, which was prevalent also in Africa, Europe and Asia at the time, was characterized by the standard production of large impressive stone tools, mainly used in the butchery of the enormous animals that walked the earth.

The early humans, called Homo ergaster or early Homo erectus, also crafted tiny flint tools out of recycled larger discarded instruments as part of a comprehensive animal-butchery tool kit. This suggests that the Acheulians were, in fact, far more sophisticated than previously believed.

In the past, this site yielded various stone collections, including dozens of hand axes, as well as animal remains, primarily of elephants.

The international team of researchers, led by Dr. Flavia Venditti and Prof. Ran Barkai of Tel Aviv University’s department of archeology and ancient near-eastern cultures, together with colleagues from La Sapienza Rome University, discovered tiny flint flakes in the Lower Paleolithic, Late-Acheulian site of Revadim. Today, the site is near a kibbutz located in the Judean foothills.

Founded on February 14, 1947 as the fourth settlement of the Etzion Bloc in the Hebron Hills, the site at Revadim yielded various stone assemblages including dozens of hand axes, as well as animal remains, mostly of elephants.

“The analysis included microscopic observations of use-wear as well as organic and inorganic residues,” explained Venditti. “We were looking for signs of edge damage, striations [a series of ridges, furrows or linear marks], polishes and organic residue trapped in depressions in the tiny flint flakes, all to understand for what purpose the flakes were used.”

According to the microscopic use signs and organic residue found on the tiny flakes, these flint specimens were not merely industrial waste left over from the production of larger tools; they were also the deliberate product of recycled. discarded artefacts and intended for a specific use.

“For decades, archeologists did not pay attention to these tiny flakes. Emphasis was instead focused on large, elaborate hand axes and other impressive stone tools,” said Barkai. “But we now have solid evidence proving the vital use of the two-inch flakes.”

“We show here for the first time that the tiny tools were deliberately manufactured from recycled material and played an important role in the ancient human toolbox and survival strategies,” added Venditti.

“Ancient humans depended on the meat and especially the fat of animals for their existence and well-being – wo the quality butchery of the large animals and the extraction of every possible calorie was of paramount importance to them,” Barkai noted.

According the study, which was conducted over the course of three years, the tiny tools were used at stages of the butchery process that required precise cutting, such as separating the tendons, carving the meat and removing the periosteum a dense layer of vascular connective tissue enveloping the bones) for collecting the marrow. Some 107 tiny flakes showed signs of processing animal carcasses. Eleven flakes also revealed organic and inorganic residues, mainly of bone but also of soft tissue. Experiments carried out with reproductions of the tools showed that the small flakes must have been used for delicate tasks, performed in tandem with larger butchery tools.

“We have an image of ancient humans as bulky, large creatures who attacked elephants with large stone weapons. They then gobbled as much of these elephants as they could and went to sleep,” Barkai said. “In fact, they were much more sophisticated than that. The tiny flakes acted as surgical tools created and used for delicate cutting of exact parts of elephants’ as well as other animals’ carcasses to extract every possible calorie.

“Nothing was wasted. Discarded stone tools were recycled to produce new tiny cutting implements. This reflects a refined, accurate, thoughtful, and environmentally conscious culture. This ecological awareness allowed ancient humans to thrive for thousands of years.”