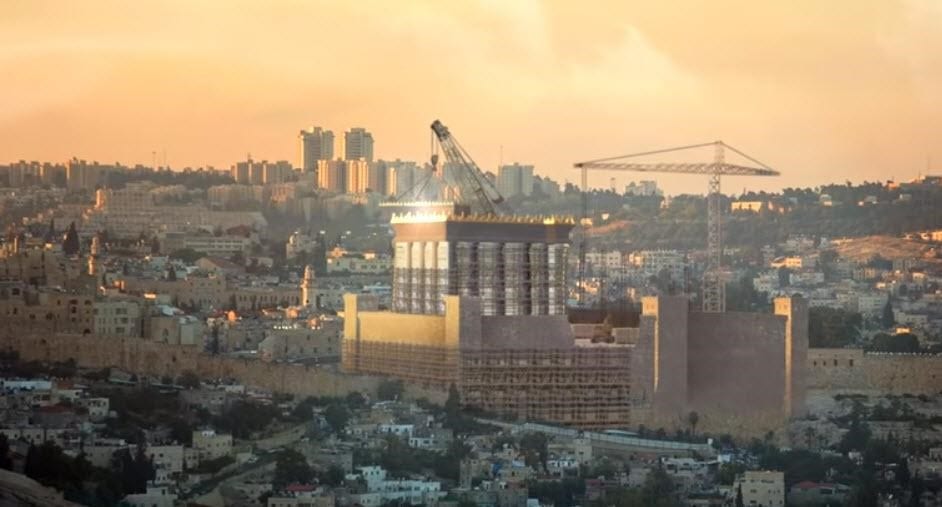 In August, Breaking Israel News reported that Zehut (Identity) party leader Moshe Feiglin will order his party, Zehut, to step down in the current election to join Netanyahu’s Likud party who will make him a “top minister” if the Prime Minister is tasked with forming the government of the 22nd Knesset (parliament).

Moshe Feiglin openly calls for building the third Temple and has even placed it on his party’s platform.

However, members of the far left Democratic Camp party filed a petition against the Likud-Zehut agreement. Their petition has been denied.

Central Elections committee head Meltzer ruled that he doesn’t have the authority to issue the rulings that were requested by the Democratic Camp list, first among them being a determination that the agreement between the factions is illegal. The list will pay NIS 15,000 for negligence in presenting the petition.

Central Election Commission Chairman Justice Hanan Meltzer rejected the Democratic Camp petition against the agreement between the Likud and Moshe Feiglin’s Zehut Movement (Sunday, September 15, 2019). In the agreement, Feiglin was promised a ministerial position if the Likud makes the upcoming government, and legalization of the use of cannabis for medical purposes, and in return Zehut withdrew its candidacy for election to the 22nd Knesset.

The Democratic Camp list sought to determine that the agreement was illegal and to ban the Likud from using it as part of its election propaganda. Meltzer says the list did not point to a source of authority that would allow him to comply with their requests, and that there is therefore no need to discuss the content of arguments against the agreement. The authority of the chair of the Central Election Commission is limited to violating the Propaganda Law Act, which does not deal with political agreements – reminded Meltzer.

According to the Democratic camp, the Likud is using a public property – a ministerial post – for its propaganda purposes. And so Meltzer says that the role of a minister is a public resource property, and this is a promise rather than actual use. The request to prohibit the presentation of the agreement is also unfounded, as it has not been proven that this is a violation of the Propaganda Law.

Unusually, Meltzer charged the Democratic Camp expenses of NIS 15,000 – because the list did not bother to check, before filing its petition, whether the agreement was publicized legally, and one of the remedies it sought was for it to be published, even though it had in fact been published as required. Attorney Hagai Kalei represented the Democratic camp, Attorney Avi Halevi and Michael Rabillo represented the Likud, and Zehut was represented by Attorneys Aviad HaCohen and Iska Bina, and the Attorney General, Attorney Roy Shuika.