After Ari Fuld was Killed by a Terrorist, His Friends Need Your Help to Fulfill his Dream

Home » After Ari Fuld was Killed by a Terrorist, His Friends Need Your Help to Fulfill his Dream 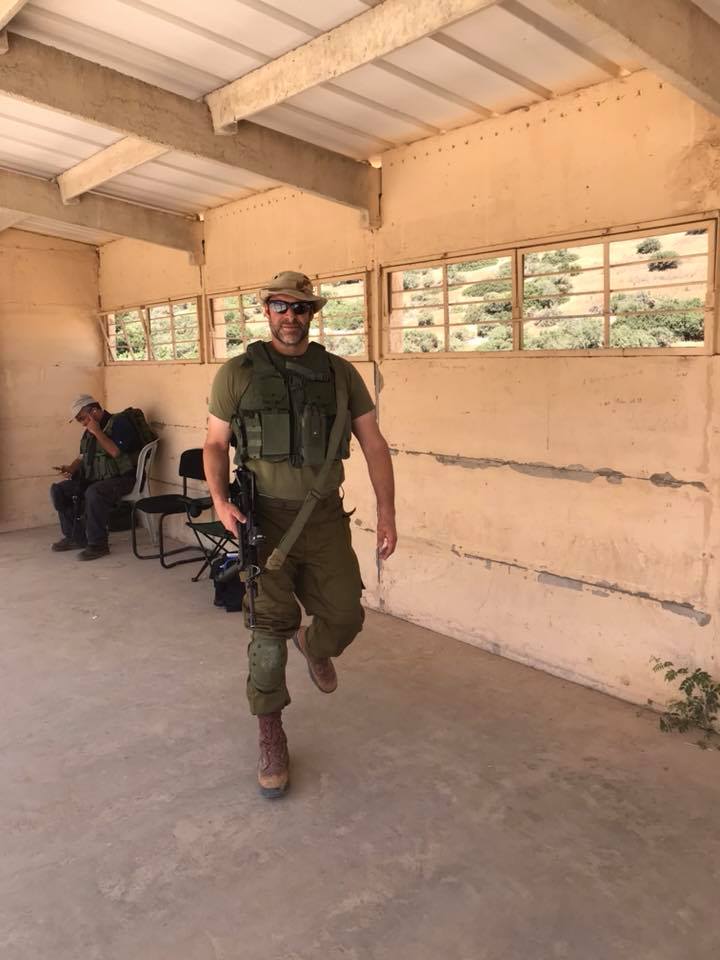 This is the story of a modern Jewish hero in Israel – just like King David, Gideon and all the other ones we read about in the Bible.

Ari was born and raised in New York City. He eventually left the exile and made Aliyah (moved to) Jerusalem, just like God instructed Abraham:

Hashem said to Avram, “Go forth from your native land and from your father’s house to the land that I will show you (Genesis 12:1)

And just like Abraham, Fuld left his family behind in the exile to make a new life for himself in the Promised Land. It was there that he joined the IDF and served in an elite combat unit protecting the land that God promised to Abraham and his offspring, the nation of Israel.

For it is Hashem your God who marches with you to do battle for you against your enemy, to bring you victory.” (Deuteronomy 20:4)

Like many Jewish people looking to reconnect to their Biblical roots, Ari wanted to serve in the first Jewish Army in Israel since the time of King David.

Ari served the state of Israel proudly. In fact, it was in the IDF where he befriended his fellow soldier – Yehoshua Friedberg. Yehoshua drafted together with Ari in 1992. They became close friends, almost like brothers. Both embodying the Abrahamic spirit of leaving it all behind to protect the Promised Land against God’s enemies.

But then something happened.

While on his way back to his base, Yehoshua was kidnapped by a gang of Arabs in a car. Ari was in the search party looking for Yehoshua. Unfortunately, Ari found Yehoshua’s body lying lifeless on the ground. “It made an indelible impression on his life” explained Mary Fuld, Ari’s mother.

Ari chose to honor the memory of the fallen troop by ensuring that Yehoshua’s legacy never is forgotten. “Ari took it upon himself to remember Yehoshua. Ari keeps in touch with Yehoshua’s
family every single year” says Ari’s wife, Miriam Fuld.
Nearly 30 years later, Ari found himself working for an organization called ‘Standing Together’.
Standing Together is a non-profit organization dedicated to making a difference to those who make a difference in Israel – the IDF soldiers. “This includes supporting Israeli soldiers on active duty and giving the worldwide community an opportunity to show their appreciation to those who protect Israel, a land that is holy to all nations” the organization states. More specifically, Standing Together goes deep into the field to provide the IDF troops with all sorts of goodies. This can be anything from clean socks to ice cream to pizza, just to lift their spirits. It goes without saying that everything is given to the soldiers free of charge.
One day, Ari decided that he wanted to find a way to use his incredible organization to preserve Yehoshua’s memory.
So he decided to raise funds for a food truck in Yehoshua’s name. The truck would be used to patrol IDF fortresses and supply the soldiers with all sorts of treats like ice cream, popcorn, waffles, and soft drinks. The truck was designed to serve over 250 troops in less than an hour.
But right before Ari could fulfill that dream, he was stabbed to death by an Arab terrorist only a few kilometers from his home in the Judean region of Israel. His life, as well as his dream to launch the IDF’s first food truck, was cut short.
But that’s where you can enter the picture.
You don’t have to let the terrorists win. That’s because some of Ari’s closest friends are trying to turn his dream into reality.
They are currently collecting funds to get the truck up and running and full of delicious treats to reward Israel’s troops.
But they need your help to make it happen.
That’s because they want to honor him by fulfilling his dream before the one-year anniversary of Ari’s murder.
This is extremely doable, all they need is a few generous Israel-lovers to help fund this incredible project.
Honor the legacy of a man who dedicated so much for the land of Israel and show those protecting that land how much you appreciate their sacrifice.

Go here to donate (whatever you can) and you’ll get exclusive footage of the food truck, in action, giving out pancakes, new undershirts and all sorts of goodies to keep the IDF’s spirits high.