No, Reb Carlebach was not Kicked Out of Yeshivah

Home » No, Reb Carlebach was not Kicked Out of Yeshivah 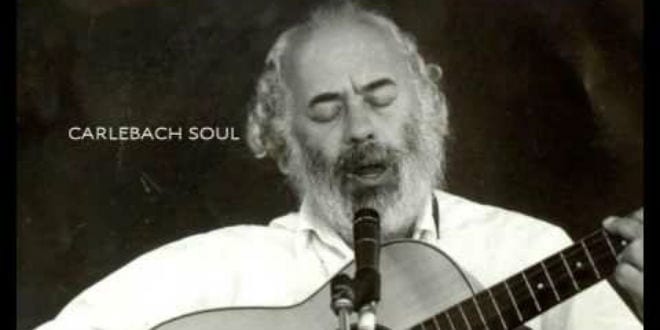 Anyone familiar with the late Reb Shlomo Carlebach, the famous Jewish composer and singer, is aware that he managed to attract countless followers. His influence reached all corners of the Jewish world, Orthodox and non-Orthodox alike, and his tunes and hymns are used to this day by many congregations around the world to welcome the Jewish Sabbath every Friday evening.

With Carlebach’s eclectic approach of bringing Jews closer to Jewish practice through song, a myth and legend developed. It became accepted throughout much of the ultra-Orthodox world that Carlebach had himself kicked out of the prestigious Lakewood Yeshiva, formerly known as “Beth Medrash Govoha,” founded by Rabbi Aharon Kotler in 1943. It was also said that Carlebach had composed his inspiring but quite somber song “Lulaei Torascha” while sitting on the steps outside the yeshivah after his expulsion.

As poetic as the myth may be, Rabbi Kotler’s grandson, whose name is also Aharon, shattered it to pieces in a recent interview.

“Shlomo Carlebach was never kicked out of Lakewood,” said the young Rabbi Kotler, now president of the Lakewood Yeshiva. The yeshivah is an accredited institution of higher education in the state of New Jersey, and has approximately 7,000 students and 13,000 alumni, many of whom are leaders and builders of Jewish communities all over the world.

“Rav Aharon loved him,” said Rabbi Kotler. “He was, as we all know, exceptionally musically inclined … I can imagine that at some point in his life, his musical interests and drive exceeded his desire to learn inyeshivah.”

“He played guitar at my parents’ sheva brochos [“Seven Blessings,” a Jewish wedding tradition],” said Rabbi Kotler. “They made a kumzits [evening gathering]. They closed the lights in the room, he sat on the floor.”

“One of the important things to remember is that Lakewood is not a life system,” he added. “Neither is kollel [an institute for full-time, advanced Talmud study] a life system for everybody, and certainly in Rav Aharon’s days people were in yeshiva for a number of years and then they eventually left. That was the norm. So I have never checked the enrollment records of Shlomo Carlebach, whether he stayed longer than the norm or shorter than the norm—but he certainly was not kicked out of Lakewood.”

The interview was conducted by Rabbi Benjamin Goldschmidt, assistant rabbi of Park East Synagogue in Manhattan, and is part of a new “Kikar Global” project launched by the ultra-Orthodox website Kikar HaShabbat. Through the project, the website seeks to increase understanding between the ultra-Orthodox communities in Israel and Jews in the Diaspora.

The website explains the necessity for such a project: “Diaspora Jewry has been stigmatized as not really being Jewish. Of course, the truth is that Diaspora Jewry is a part of us. They are our brothers and sisters, and we have to know the challenges they are facing.”

As indicated by Kikar HaShabbat, stigmas are very often created within the Jewish community that cast aspersions on certain sects or even upon well-respected individuals, the likes of Reb Shlomo Carlebach. As we approach the High Holidays, a time during which we are called upon to repair our actions and character traits, all of us in the Jewish community should work to completely rid ourselves of this trend. Baseless rumors should always be avoided. But most importantly, a better effort should be made by all to favorably judge fellow Jews.