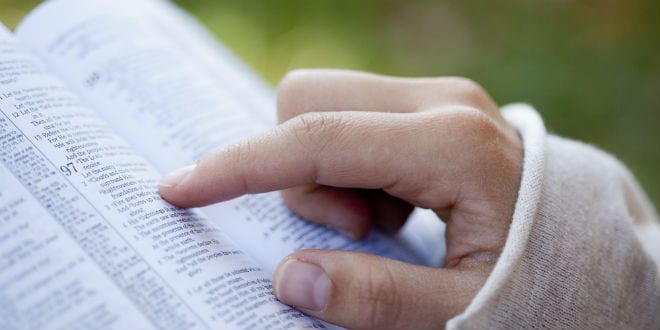 This week’s Torah reading Shoftim, maps out for us, the ideal national structure, of the Jewish people in their homeland, the Land of Israel. It describes the policies that Jews should be striving to implement today: Malchut/Kingdom, Sanhedrin/Torah, Nevuah/Prophecy, and Kehunah/Temple.

It provides the blueprint to build the Tzadik State of Israel.

Just a few weeks ago, Jews observed Tisha B’Av, mourning the loss of political independence, the destruction of Jerusalem and the first and second temples. It seems God gave us some more time to learn all the laws of the Beit HaMikdash. Seventy years after Israeli political independence, fifty years after liberating Jerusalem and the Temple Mount, and the Third Temple still hasn’t been built? That’s certainly something to mourn over. But is fasting and saying Kinot/dirges, the only thing there is to do?

Just like the Torah sets out a structure, of how an individual Jew can best relate to his creator (through the Mitzvot), and express his/or her personal example of Kedushah/holiness in the world, it also does it for the national level.

The Torah shows the Jewish people, how to create the institutions of a holy society in their political state, that will then become an example for the nations, of Tzidkut/righteousness on the national level.

They can be summarized as kingdom, war and peace, law and righteous justice, prosperity, and spirituality.

1. The Tzadik State of Israel needs a strongly pro-Jewish government. The Nation-State Law wasn’t a bad start. Better yet, how about exploring a kingdom? While waiting for the Son of David to arrive, (and we should be petitioning Heaven constantly), the Torah empowers the Jewish people to establish a temporary government of its choosing. The Maccabees had a kingdom. Monarchy provides a type of policy stability that democracy doesn’t.

2. With the rise of Islamo-fascism worldwide, Iran, ISIS, the Taliban, Al-Qaeda, and particularly Hezbollah, Hamastan, and others, in parts of the Land of Israel; a very strong hand must be used by the Tzadik State of Israel to defend its people and interests, that’s Jewish morality.

Is there any morality to letting Jews get stabbed in the street, run over by cars, shot at, stoned on the roads, and forced all the time, to run to bomb shelters from incoming missiles?

No, it says in the Babylonian Talmud, Sanhedrin 72A, “If someone comes to kill you, rise up and kill him first.” Something that the current Israeli democracy seems to have trouble with at times.

In war, you fight to win. Tell the Jewish People the truth, the Arabs in Israel, the so-called “Palestinians,” are Amalek trying to replace us in our homeland and the enemy. There is no “two-state solution.” This is total war, a zero-sum game; there will be only one winner, the Jewish people.

“He who is compassionate to the cruel will eventually become cruel to the merciful,” (Ecclesiastes Rabbah 7:16).

This is the true way to bring peace to the Jewish people and to the region!

3. The legal system of Israel should be brought in line with the values of the Torah. Semicha/classical biblical ordination, has been recently revived. Rabbi Moshe Halberstam, a senior Rabbi on the Edah HaChareidit Rabbinical Court in Jerusalem, was the first to receive Semicha. A nascent Sanhedrin, a working Jewish Supreme Court, according to Torah Law, has come into existence through the efforts of many rabbis and lay leaders, and has been active for about fifteen years. Rabbi Adin Steinzaltz, served as it’s first Nasi/President from 2004-2008.

4. A society based on Torah Law will both free up the economy in key ways and establish healthy limits to economic activity, stressing other values beyond consumer consumption. It will encourage Chesed (acts of kindness) and Tzedek (righteousness and justice) through the social sector, building prosperity without hurting the poor and the weak.

The final stage of Kibbutz Galuyot (ingathering the exiled Jews) will then be accomplished, bringing historical justice to the Jewish people, who were forcibly expelled by their Roman conquerors. Which will only further increase the prosperity of society.

The goal of a Tzadik State is a just, prosperous and God-Centered Society.

Pursuing spirituality will take center-stage, thus laying the foundation for the return of Prophecy and establishing Israel as a true, “Or LaGoyim/light unto the nations.”

5. The Tzadik State of Israel needs to clean off the Temple Mount, those insults to our religion, the so-called dome and mosque. Jewish spiritual rebirth demands complete control of our holiest places in the Land of Israel.

Let’s think really big for a moment. It’s time to build the Beit HaMikdash, the Third Temple on the Temple Mount.

There are Torah sources saying that it might be done before the Messiah comes. See my article, “Ask Yourself: What Did I Do For The Beit HaMikdash Today?” Building God’s House, would be the greatest Kiddush HaShem/Sanctification of His Name/expression of His Power & Rulership in this world, imaginable.

Let’s start before Rosh HaShanah, the Jewish New Year and Coronation Day for the King of the Universe!