Winds of Change are Blowing in the Arab Street

Home » Winds of Change are Blowing in the Arab Street 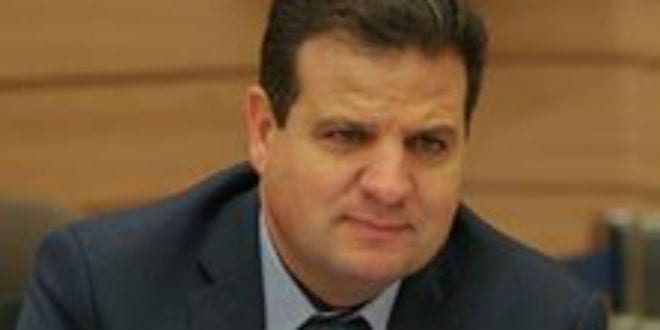 Joint Arab List leader Ayman Odeh’s announcement that he would be willing to join, or at least support, a center-left government sent shock waves through the Israeli political system. The Zionist parties were predictably quick to discard the notion of cooperation with Odeh and his anti-Zionist faction. More noteworthy, however, was that some of Odeh’s Arab colleagues, members of the Balad Party for example, hastily rejected his comment, even dubbing them “unfortunate.”

Odeh’s words, however, weren’t intended for Zionist politicians, even those who might need him after the election; nor were they meant for his fellow Arab lawmakers, who he doesn’t really want to run with on a joint ticket. It goes without saying that his words weren’t meant for the Jewish public in Israel, which he stopped trying to court a long time ago and which he has repeatedly and regrettably alienated through previous statements and actions.

Odeh’s words were aimed at the Arab voters he needs to become an important political force in the next Knesset.

Many of these voters abandoned Odeh and his colleagues during the April 9 election, and according to an Israel Hayom poll published on Tuesday, are still reluctant to give him their support. A mere 55 percent of those who traditionally vote for Arab parties exclusively said they definitely intend to vote in the upcoming election; while just 37 percent of Arab Israelis in general, Muslims and Christians, said they plan on voting. These are the lowest numbers for any sector in Israel.

Arab voters aren’t hiding their anger and discontent with Arab politicians in Israel, due not only to the politicians’ personal and political conduct but also to the agenda they’ve sought to push. Odeh undoubtedly knows which way the winds are blowing in the Arab public, and his stated willingness to join or support a future Israeli government was apparently intended to temper his constituents’ animosity.

It’s important to understand that Arab voters in Israel, particularly the younger generation, want to integrate and participate in Israeli society. Although they often level criticism or raise demands the Jewish public views as extreme, Arab Israelis have chosen the path of connection and integration over separation and alienation. They prefer a civil agenda that addresses welfare, education, employment and more over the current agenda espoused by Arab politicians, who are focused almost entirely on the question of the Israeli-Palestinian conflict.

The drop in voter turnout in the Arab community is wrongly perceived as a symptom of disaffection. It doesn’t signify a disengagement from the state, but rather from the old politics of the Arab parties and their representatives in the Knesset, who ignore the interests of regular Arab Israeli citizens. Sadly, the Zionist parties have given up on Arab voters, abandoning the playing field to those same Arab parties who champion the age-old Bolshevik rallying cry: The worse things are for Arab-Israeli citizens, the better they are for Arab parties.

Arab politicians indeed used to garner support from the Arab street, but nothing lasts forever. It now appears that Arab voters want their representatives to work towards social integration instead of opposition, hence their dwindling support for the traditional Arab parties, leaders and slogans of the past.

This trend became evident the previous decade when local leaders touting civic agendas trounced the politicos from the Arab parties in municipal elections in the Arab sector. In 2013 in Nazareth, for example—which is the largest Arab city in Israel—Ali Salem defeated incumbent mayor Ramez Jarasi of the Hadash Party, as well as the Balad Party representative, former Knesset member Hanin Zoabi. Salem won again by a wide margin in 2018.

Odeh knows all this, and like any political animal he wants to survive politically. He senses the mood in the Arab street and wants to fall in line with his constituency. This is a positive development in and of itself, but only the next generation of Arab politicians in Israel is likely to usher in actual change. And if they seek integration and partnership, we can only hope that they find partners among the Zionist parties.