The Many Faces of Jihad

Home » The Many Faces of Jihad 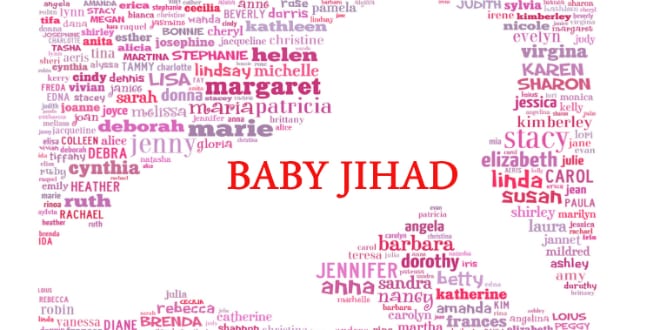 One of the longest standing apologias for Islam is that the Arabic word jihad does not mean “holy war,” as earlier scholars (mostly Orientalists) often translated it.  Rather, we are repeatedly reminded—especially by those notorious for whitewashing Islam—that jihad simply means to “strive” for something, with no necessary connotation of violence.

While this is absolutely true, rather ironically, it also only underscores just how dangerous, multifaceted, and subversive the jihad truly is.

Let us go to the beginning, etymology.  Here is how the authoritative Hans-Wehr’s Dictionary of Modern Written Arabic translates the triconsonantal root j-h-d (from which the word jihad is derived): “to strive, endeavor, labor, take pains, and exhaust on behalf or for the sake of something [namely Islam].”

Published in 1961—that is, before the age of political correctness—the academically rigorous dictionary also makes it a point to place under j-h-d and translate the proper word jihad as “fight, battle; jihad, holy war against the infidels, as a religious duty.”

There is a very good reason for this subcategorized entry.  Historically, jihad certainly manifested itself as a “holy war against infidels”; it revolved around expanding (occasionally, as during the Crusades, defending) the borders of Islam.

Century after century, the only way for Muslim empires to expand into non-Muslim territory was through offensive warfare. Non-Muslims, zealous over their faith and heritage, were not about to submit to Islam without a struggle; force—Islamic invasion and conquest—was the only way.

Times have changed.  With the modern, meteoric rise of the West—economically, militarily, and scientifically—a lax if not gullible attitude has come to prevail, allowing some Muslims to exercise the root meaning of jihad.  If they can no longer subjugate the infidel through conventional war,  they can at least, to quote from the aforementioned definition, “strive, endeavor, labor, take pains, and exhaust on behalf or for the sake of something”—namely, empowering Islam over the West.

One of the most obvious ways, recommended both in the Koran and Hadith, is known as jihad al-mal—the “money jihad.”  Instead of physically participating in jihad, a Muslim supports it financially or materially.  This used to be the caliphate’s responsibility; nowadays and in its absence, every day Muslims—including those living in the West—finance the jihad with their zakat, or “alms.”  For example, in 2001, the U.S. government designated the Holy Land Foundation—once the largest Islamic charity group in the United States—as a terrorist organization dedicated to financing Hamas’s jihad/terrorism against Israel.

Two other “endeavors” are more subtle.  Once useless against premodern Europeans, they are today both highly effective against—and widely ignored by—their Western descendants.

The first is the demographic jihad—also known as the “baby-jihad” (jihad al-wilada).  Muslim men “strive” to breed with as many women as possible—Muslim or non-Muslim—in order to increase the ranks of Islam vis-à-vis increasingly sterile infidels. This is not just a lusty rationalization for illicit sex; Islamic clerics laud this “endeavor” as a legitimate jihad.   Its success can be seen in Western Europe, some regions of which now have more newborn babies named Muhammad than traditional, local names. Such is the true impetus behind the mantra, “Islam is the fasted growing religion in the world.”

The other especially effective form of “striving” goes by many Arabic names, jihad al-kalam, jihad al-lissan, jihad al-qalam—jihad of words, tongues, and pens, respectively—and can be understood with one word: propaganda.  Whether in speaking or writing, here the Muslim’s chief purpose is to empower Islam and/or demoralize the West.  This jihad usually appears as apologetics for Islam and polemics against the West—many of which consist of out-and-out lies; it emanates from Muslim academics, activists, journalists, politicians, and others.

For example, when writer Qasim Rashid used his “pen” to deceive the Washington Post’s infidel readership about the word jihad—saying it only pertains to defensive, never offensive, war—he himself was performing jihad.  Another recent example concerns the Council of American-Islamic Relations (CAIR), a “co-conspirator” of the aforementioned terrorist Holy Land Foundation that masquerades as a “civil rights” group.   In order to cripple the US Army War College’s knowledge on how to combat Islamic terrorism successfully,  CAIR cried “racism,” prompting the college to appease.

In short, yes,the word “jihad” does not simply mean “holy war” to empower Islam over infidels; it means any “endeavor,” any kind of “striving” or “labor,” that empowers Islam over infidels.  Citing this fact, as the apologists often do, should not create less but moreapprehension concerning the jihad.

Reflecting on the similarities and differences between the past and present offers a final lesson:   Historically, no amount of words—lies, propaganda, even cajolery—ever sufficed to empower Islam over the West.  Accusing Europeans before the twentieth century of being “Islamophobic,” “racist,” or in dire need of “multiculturalism,” was, as might be imagined, useless.  Old fashioned warfare—invasions and conquests (as copiously documented in Sword and Scimitar)—was necessary.

Today, many Muslims remain committed to the jihad against and subjugation of the West.  But whereas they can not—they also need not—resort to conventional war.  Words, words, and more words—twisted and false and yet still manipulating the West—are sufficient.