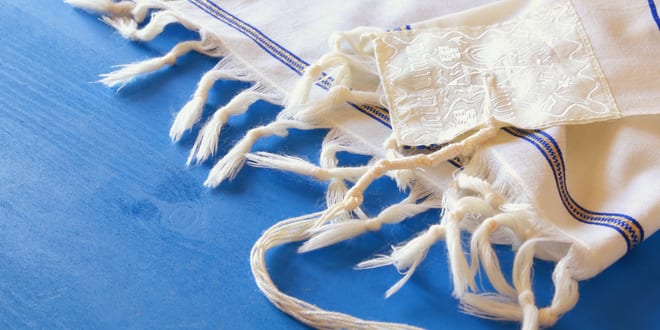 In the explosive ordinance device that killed 17-year old Rina Shenrev and seriously injured her father and brother on Friday, the father told reporters that he used his tzitzit (four-cornered garment with tassels) as a tourniquet to stop his son’s bleeding reported Ynet.

This garment is referenced in Numbers 15:

Speak to B’nei Yisrael and instruct them to make for themselves fringes on the corners of their garments throughout the ages; let them attach a cord of blue to the fringe at each corner. (Numbers 15:38)

46-year-old Rabbi Eitan Shenrev attempted to revive his 17-year-old daughter, Rina, who was killed in the attack near a water hole outside of the Samarian town of Dolev. As the family approached the spring to bathe, the bomb was detonated killing Rina and injuring her father Eitan and brother, Dvir.

Thinking fast, the lightly injured father made a tourniquet from his tzitzit to stop bleeding in his 19-year-old son who was seriously injured.

Shmulik Shenrev, the late Rina’s uncle, recalled the dramatic moments following the attack saying:” He tried to resuscitate Rina hy”d, but it was too late. He then lowered the tassel and, with the tassel, made a tourniquet for Dvir to stop the bleeding from the fragments in his arm. ”

As they both lay injured following the massive explosion, Dvir yelled to his father: “father, we are strong, we will get through this.”

“These are people who love Israel and the nation of Israel” the uncle added.

At noon on Friday, a surgeon at Hadassah Ein Kerem hospital in Jerusalem, who examined Dvir Haim, said that the operation was a success. Dvir ‘s condition is serious but stable, and his life is not in danger. He was subsequently transferred to the ICU for follow-up and monitorization.

For those who wish to pray for Dvir’s full recovery, his and his mother’s name is: Dvir Haim Ben Shira Ester.