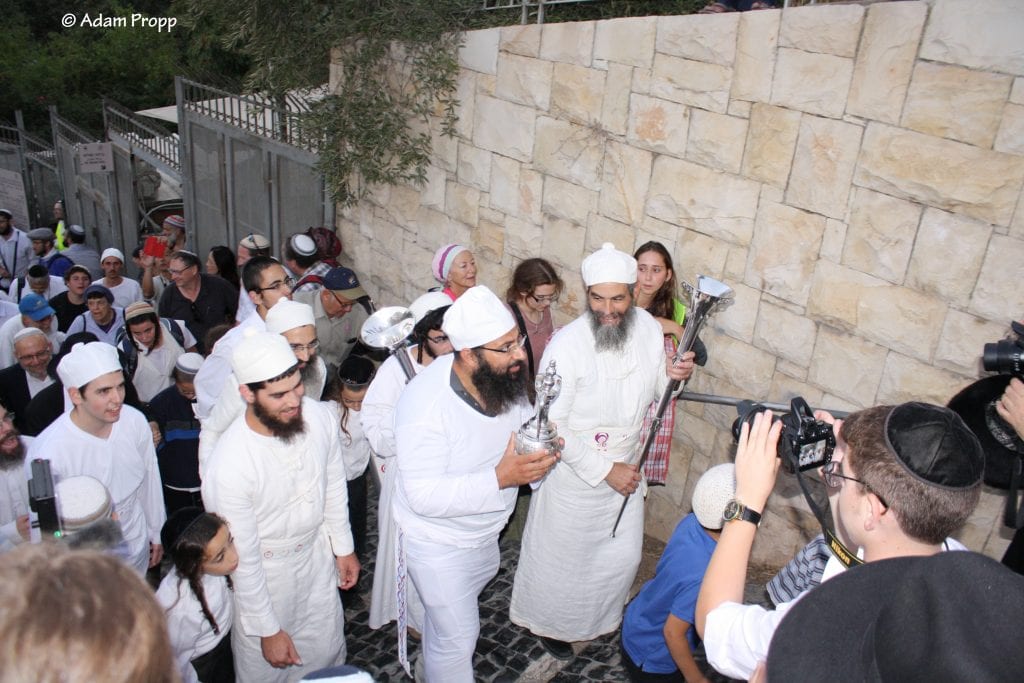 Zehut, headed by Moshe Feiglin is the only party in the current election cycle that has included building the 3rd Temple in their platform.

Initial reports from Channel 13 reporter Akiva Novick, Prime Minister Netanyahu is pressuring Zehut Party head Moshe Feiglin to drop out of the race. That’s because Feiglin is not expected to pass the threshold. And because Feiglin’s voters tend to lean to the right, Netanyahu figured that instead of wasting votes on a party that won’t get into the 22nd Knesset, better to encourage him to drop out of the race and let his voters vote for parties such as the Likud and United Right instead.

Therefore, Netanyahu has offered to cover Zehut’s debt of over 3 million Shekels.

Feiglin, however, explained to Netanyahu that if he drops out of the race, his voters won’t vote for other right-wing parties but rather that they simply won’t vote at all.

Therefore, Feiglin made a counter-proposal to Netanyahu: Instead of paying me to drop out, help me pass the threshold.

According to the report, Netanyahu’s associates are advising him not to fight with Feiglin, but rather to support him and act to boost him.

That’s because aside from building the 3rd Temple, Feiglin’s party are also free-market capitalists that have drawn a very young crowd who are tired of Israel’s socialist policies.

This means that it is in Netanyahu’s interest that liberal right-wingers vote for Feiglin and not for Netanyahu’s rival,  Avigdor Lieberman.

The report adds that the other reason that Bibi was advised to strengthen Feiglin is that it will come at the cost of Ayelet Shaked, and that’s already “a great mitzvah (commandment)”.

In the meantime, Moshe Feiglin and his Zehut party have not made any indication that they are dropping out.

This means that Netanyahu will likely be left with no choice but to boost the only pro-3rd Temple party in the current elections.