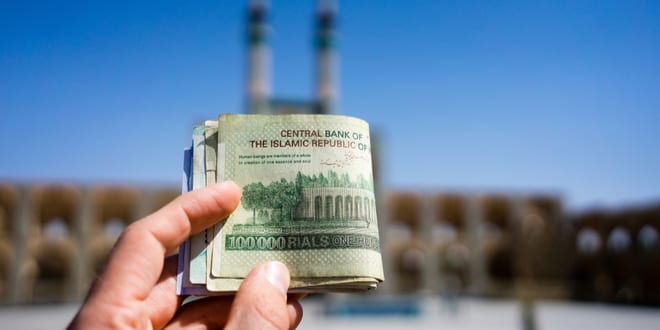 Due to the US imposed crippling sanctions,  Iran approved a measure to delete zeros from bills of their former currency, the rial, and rename the currency the toman on Wednesday. This is a practice that the people of the Islamic Republic have been doing for a while however the recent decision has made it official reports Deutsche Welle.

“The cabinet today agreed on a bill to eliminate four zeros from the currency and that ‘toman’ will be our national currency,” government spokesman Ali Rabiei told journalists in Tehran. The country’s currency value has sunk to a record low since 2018.

The rial was trading at around 37,000 to the US dollar back in 2016. However, it plummeted to approximately 180,000 in 2018 after US President Donald Trump announced that the US would withdraw from the 2015 Iran nuclear deal. The result was the reimposition of crippling sanctions.

When that happened, long lines of people could be seen outside of currency exchange places, until Iran’s government arrested unlicensed dealers and froze the accounts of traders.

This means that realistically, anyone without a credit or debit card in Iran has to essentially abandon coins and carry around thick wads of bills just to make regular purchases.

In an effort to simplify monetary transactions, Iranians have been referring to their currency as the toman and got rid of a zero for a long time already.

The Islamic Republic now acknowledges this with its latest decision, which has to be submitted to the parliament for final approval.

“This will make the national currency more effective,” explained Rabiei. “It will be more in line with common practice in society… the rial is not used that much.”

“Coins will once again come into circulation,” he added.

The International Monetary Fund (IMF) expects the Iranian economy to shrink by 6.0% in 2019. The bearish forecast is due to sanctions and rising instability in the Middle East.

Last week, Breaking Israel News reported that a Middle East analyst in Israel predicts that Iran will have to renegotiate the nuclear deal.