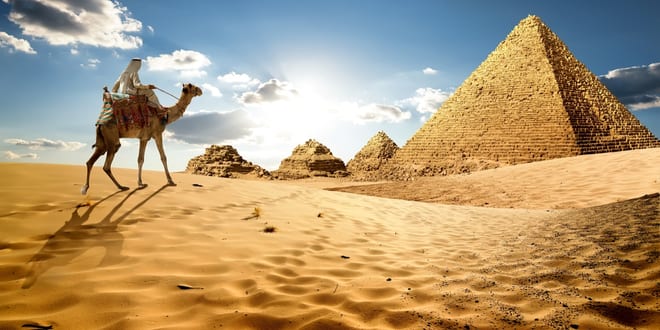 In a criticism of their arch-nemesis, the current president of Egypt, The Muslim Brotherhood cited a prophecy from the Book of Isaiah. Though it may seem odd for Islamist extremists to cite the Jewish Bible, an expert in Arabic studies explained that implicit in this reference was a much larger threat in which the group hints at its agenda to replace all other religions.

The Middle East Media Reseach Institute (MEMRI) reported that the Freedom and Justice Party, the political branch of the Egyptian Muslim Brotherhood, posted an article accusing Egyptian President Abd Al-Fattah Al-Sisi of destroying Egypt in a manner described in the Book of Isaiah. The article, written by journalist Sayyed Tawakkul gave Al-Sisi the moniker “General Israel.” Al Sisi took office in 2014, putting an end to the one-year pro-Muslim Brotherhood rule of Mohamed Morsi.

Who is the Muslim Brotherhood?

The Muslim Brotherhood is a transnational Sunni Islamist organization founded in Egypt and supported by Qatar. It is designated as a terrorist organization by several nations.

The article claimed that al Sisi’s administration was following an agenda outlined in the “Jewish Bible” by the Prophet Isaiah, citing the verse.

“I will incite Egyptian against Egyptian: They shall war with each other, Every man with his fellow, City with city And kingdom with kingdom…And I will place the Egyptians At the mercy of a harsh master, And a ruthless king shall rule them” —declares the Sovereign, the lord of Hosts. Isaiah 19:2-4

“Is that not what Balaha [a derogatory name for Al-Sisi]is doing in Egypt[?],” the article claimed. “It is as if the books of the Bible… describe the destruction of Egypt and the looting of its treasures by the oppressive general who has taken control of it, who is depicted in the Bible as a villain who steals all of [Egypt’s] bounty and its treasures of gold and silver. The current situation in Egypt is that a handful of oppressive generals and corrupt tyrants have plundered Egypt’s treasures and sold them.”

“Does this text not refer to the provocative mobilization of the media [loyal to Al-Sisi] and to [its] ongoing incitement against those loyal to Islam and against the secular opposition? Does [this text] not relate to the severe political polarization, to the division which prevails in the Egyptian street, and to the internal war in all the cities of Egypt to which [Al-Sisi] will yet lead us, as is happening now in the Sinai area [?]”

The article also cited the first verse of that chapter of Isaiah.

The “Egypt” Pronouncement. Mounted on a swift cloud, Hashem will come to Egypt; Egypt’s idols shall tremble before Him, And the heart of the Egyptians shall sink within them. Isaiah 19:1

“This sentence clearly implies that the immense human, economic, and military resources of Egypt will be wasted and consumed by internal conflict,” the article claimed. “And not [invested] in the struggle against the external Jewish enemy.”

An expert weighs in

Though it seems strange that Islamist extremists would cite a Biblical prophecy, Dr. Mordechai Kedar, a senior lecturer in the Department of Arabic at Bar-Ilan University, sees a deeper message implicit in the Biblical reference.

“Muslims do not believe that they are canceling out Judaism and Christianity,” Dr. Kedar explained to Breaking Israel News. “Islam presents itself as a religion that came into the world to reaffirm the religions that came before while also replacing them. Islam believes in all the prophets that preceded Mohammad including Jesus. So Isaiah’s prophecies are accepted by Muslims as a Muslim prophet and what he said is valid and can be quoted.”

“But the Muslims believe the words of the prophets were changed and forged by the Jews and Christians so Allah took the prophecy away from them,” Dr. Kedar said. “The prophets in the Bible do have a message for mankind that has value but they believe the Koran came to replace that message. They also learn the New Testament as a book that contains this subverted form of prophecy. Islam is forced into a kind of wishy-washy reasoning that tries to bridge over these contradictions.”

“This is why the Islamist movements have no problem quoting the Jewish Bible as a criticism of their enemies,” he said. “But there is another, much worse reasoning behind their accusations. They are accusing Al Sisi of making the Jewish sources correct, of making Isaiah more valid than Mohammad. Isaiah spoke about Egypt’s internal struggle and Mohammad did not. The Muslim Brotherhood is saying that by bringing about this internal struggle within Egypt, Al Sisi is giving validity to Judaism. The Muslim Brotherhood is saying that by bringing about the prophecy as described in Isaiah, Al Sisi is showing that the Jewish Bible has something that Islam does not. This is a huge and unforgivable sin.”

“They see al Sisi as a bad leader, a danger to Egypt,” Dr. Kedar said.”But by quoting the Bible, they are saying much more. They see him as a danger to Islam.”