Is Bubonic Plague Predicted in L.A a Sign of Zechariah’s Prophecy in 2019?

Home » Is Bubonic Plague Predicted in L.A a Sign of Zechariah’s Prophecy in 2019? 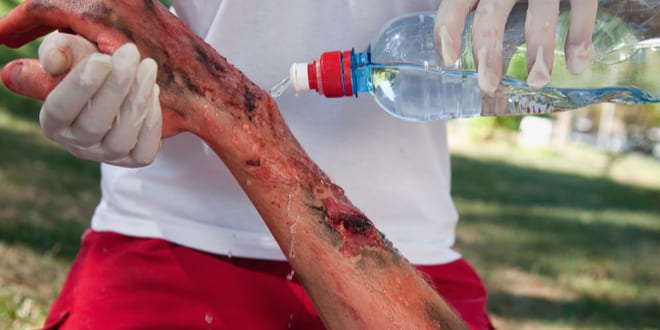 During a Periscope broadcast on Friday, celebrity doctor Dr. Drew Pinsky, known simply as Dr. Drew, predicted that Los Angeles is in danger of an outbreak of Bubonic Plague in what he termed an imminent “apocalypse.”

Bubonic Plague in LA-Homeless and Immigration

Talking with Dr. Drew about the Los Angeles apocalypse, then on to Trump’s tweet, Iran, and coffee https://t.co/2sx040Ldj6

Dr. Drew pointed at two factors that make an outbreak of Bubonic Plague in Los Angeles: L.A. is one of the few cities without a rodent control program and the city is challenged with a growing population of homeless people.  Bubonic plague is spread by fleas from rats who transfer the disease to humans.

“And if you look at the pictures of Los Angeles, you will see that the homeless encampments are surrounded by dumps. People defecate there, they throw their trash there, and the rats just proliferate there,” Dr. Drew said in the interview.

Recent estimates indicate the homeless population in L.A. rose 12 percent over the past year, currently standing at 60,000.

In an interview with Laura Ingrahm of Fox News, Dr. Drew identified another, more politically charged component that may lead to an epidemic.

“[T]he government is somehow insisting that housing is the problem when in fact we have a chronic mental illness, we have an addiction, we have people who don’t want to leave the streets,” Dr. Drew said. “They literally won’t take the housing if we give it to them. And that’s the population that’s vulnerable and is going to get so ill this summer. It scares me for their well-being.”

Dr. Drew said the problem had not yet reached the level of a national emergency but he was “ready to pull that trigger if we start to see the diseases that I think we are going to.”

Despite his celebrity status, Dr. Drew’s medical predictions have proven to be accurate in the past. He noted in the interview that he had predicted the recent typhus outbreak in Los Angeles, which is spread in a similar manner to Bubonic Plague: the disease is carried by rats, transferred by fleas to pets, and from pets to humans.

Plague: Past and Present

To make matters worse, recent studies show that due to longer, hotter weather patterns over the past decade extending the breeding season of rodents, urban rat populations are up by 15% to 20% worldwide.

The last outbreak of bubonic plague in the U.S. was in 1924 and was centered in Los Angeles. Bubonic plague in the 14th century, also known as the Black Death, was one of the most devastating pandemics in human history, resulting in the deaths of an estimated 75 to 200 million people in Eurasia and in Europe. If untreated, the disease has a 100 percent mortality rate, and the pneumonic form can be fatal within 12-24 hours.

Plagues of Egypt in the Future Redemption

The sixth plague in Egypt, boils, may very well have been bubonic plague, whose characteristic symptom is boil-like skin lesions that form black ulcers.

The connection between Bubonic Plague and Egypt was proven in 2010 when scientists traced the plague to ancient Egypt. Ancient cultures lived close to their livestock, and the plague was transferred from the animals by fleas. While exploring ruins in Egypt, Egyptologists found 3,000-year-old remains of Nile rats and used fine sieves to discover the remains of fleas, both carriers of the plague.

The plague of shechin (boils), as are all the plagues that struck Egypt before the Exodus, is prophesied to return in the end of days by Zechariah.

Plagues: America is Not Egypt

Rabbi Ytzchak Batzri a noted kabbalist from Jerusalem, said that despite Dr. Drew’s expertise, there was one factor he was not considering.

“The U.S. is currently a very strong ally of Israel and is helping us,” Rabbi Batzri told Breaking Israel News. “That is the absolute opposite of Egypt. This friendship with Israel and the Jews gives them an extra level of divine protection from any natural plague or judgment. This is true for as long as they are helping Israel.”

Rabbi Yosef Berger agreed that at this point, an epidemic of Bubonic Plague could not be perceived as divine retribution.

“The plague affected every living thing in Egypt that was either Egyptian or belonged to the Egyptians,” Rabbi Berger said. But the rabbi noted similarities between the situation in LA and the plague in Egypt.

“The plague of boils came after Moses and Aaron threw soot into the air in front of Pharaoh,” Rabbi Berger said.

Then Hashem said to Moshe and Aharon, “Each of you take handfuls of soot from the kiln, and let Moshe throw it toward the sky in the sight of Pharaoh. Exodus 9:8

“This was one of the few plagues in which it could be perceived as the result of man’s actions. If a plague does break out in America, it surely is a result of God’s intervention but man has to take responsibility for his part in bringing it.”

The rabbi noted that all of the plagues in Egypt came as a warning and had Egypt heeded God’s demand to release the Hebrews, the plagues would have ceased immediately.

“LA is the home of Hollywood that sends messages out to the entire world in an unprecedented manner,” Rabbi Berger said. “The threat of plague, especially one that already devastated the world, should be a wake-up call that the message they are putting out to the world needs to be reassessed.”