Survey: 93 percent of tourists to Israel in 2018 had a ‘good to excellent’ time 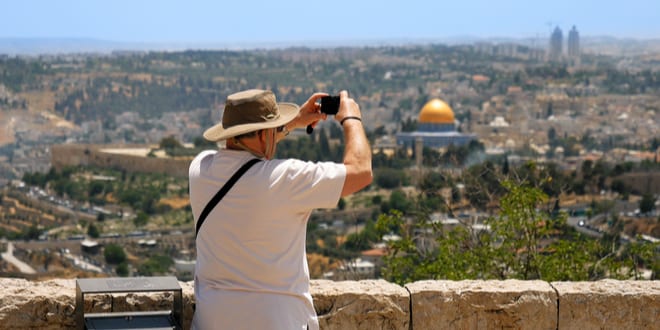 A whopping 93% of tourists who visited Israel in 2018 rated their experience as “good to excellent,” according to the annual Israel Tourism Ministry Inbound Tourism Survey, released on Sunday.

Among the 15,000 tourists surveyed, 53.2% said their views on Israel improved during their visit, with just 1.5% saying their view changed for the worse. Another 41% said their opinion of Israel stayed the same.

The visitors were predominantly Christian (54.9%), followed by Jews (27.5%). Among the Christian tourists, the largest denomination was Catholic.

Jerusalem was the most visited city in the country, with 77.5% of visitors arriving in the capital, followed by Tel Aviv at second place with 67.4%, followed by the Dead Sea region and Tiberias.

Tel Aviv Port was ranked the best-maintained site in Israel by 31.3% of tourists, followed by Masada and the Tel Aviv Museum of Art.

While the average tourist spent $1,421 during their visit in 2017, that number dipped slightly in 2018 to $1,402. Nonetheless, the overall boost of tourism to Israel’s economy last year was NIS 21 billion (over $5.93 billion), not including airfare.

“The year 2018 was a record year for incoming tourism to Israel, with more than 4 million tourists,” said Tourism Minister Yariv Levin. “The constant increase in incoming tourism is a result of the ministry’s new marketing strategy, and we see a continuation of this upward momentum in 2019.”