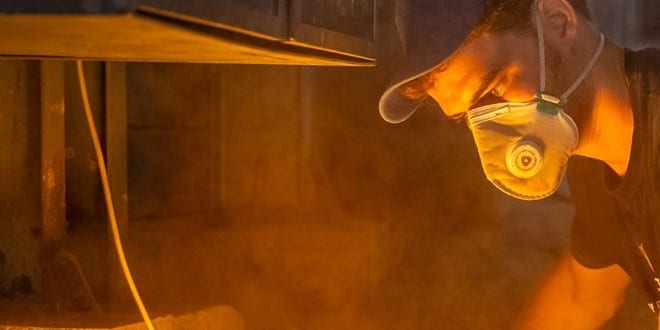 A milestone was reached in archaeology which, with great fanfare, recognized the connection between the U.S. that goes beyond mere political expediency. American dignitaries were invited to take part in the event, underscoring the message that the U.S. and Israel have a connection rooted in Biblical Jerusalem.

On Sunday, the City of David hosted the event opening the Pilgrim’s Road, the stairway archaeologists believe was the main thoroughfare for pilgrims ascending to the Temple Mount. Originally constructed to ascend from the Shiloah Pool to the Temple, the stairway was hidden, buried under a potato field. Hints of the existence of the City of David were first discovered by Captain Charles Warren,  one of the earliest European archaeologists of the Biblical Holy Land. In 1867, Warren conducted the first major excavations of Jerusalem’s Temple Mount. He discovered a hidden passage to Jerusalem’s biblical water source, the Gihon Spring. He discovered artifacts that predated those found inside the walls of the Old City by thousands of years, leading him to opine that the original City of Jerusalem actually lay to the south of Temple Mount and the Old City. Extensive archaeological work at the site has since confirmed his theory.

Zeev Orenstein, the Director for International Affairs for the City of David, emphasized the significance of the find.

“The City of David is the historic site of Jerusalem,” Orenstein told Breaking Israel News. “When people think of Jerusalem in the Bible, King David, prophets like Isaiah and Jeremiah, they usually think of the area currently referred to as the Old City of Jerusalem, inside the walls. It is only over the last century that we discovered the original location of the city of Jerusalem was located outside the walls of the Old City, just south of the Temple Mount. This is the most archaeologically excavated site in Israel, if not the world, and this has been confirmed.”

Despite being the most intensively researched archaeological site in Israel, the Pilgrim’s Road was discovered by accident. In 2004, a water pipe burst and due to the sensitivity of the area, the municipal maintenance crew was accompanied by an archaeologist. During the repair work, the archaeologist discovered stone stairs. The eight-meter wide stairs lead up 600 meters from the Shiloah Pool to the Hulda Gates on the southern side of the Temple Mount and were determined to have been built by King Herod in the first century CE.

“The discovery of the stairs answers the question of how the hundreds of thousands of pilgrims went from the Pool of Shiloah which they used as a mikveh (ritual bath) for purification to the Temple Mount,” Orenstein explained. “These are the actual stones that our ancestors walked on to arrive at the Temple on the Temple Mount. Alongside the road are the remains of shops used by these pilgrims before walking up the road to the Temple.”

“These findings show that the connection between the Jewish people and the ancient City of Jerusalem is a matter of fact and not a matter of faith,” Orenstein said.

It is interesting to note that the stairs are built in a unique repeating pattern of two steps followed by a long landing. Another interesting

Archaeologists have spent the last eight years painstakingly uncovering 250 meters of the stairway from its base by the Shiloah (Siloam) Pool originally built by King Hezekiah. The serendipitous discovery also led to the discovery of King David’s Palace and many artifacts including seals bearing the Hebrew names of many biblical figures from the House of David. Researchers also found a tiny gold bell in a drainage channel beneath the road they believe accidentally broken loose from the tunic of the high priest on his way up to the Temple.

Another surprising find was a raised podium built on the side of the road.

“This is unique in all of Jerusalem,” Orenstein said. “Anyone who had a political or religious message would stand on the podium and address the masses that were on their way to the Temple.”

Adjacent to the podium, archeologists found the burned remains of a male palm tree, one that doesn’t give fruit. They have theorized that the tree was intended to provide shade for the speakers.

Another find with more nationalist significance were thousands of coins from the period of the revolt against the Romans dating from 66-70 CE.

“Why would they make these coins?” Orenstein asked. “It was pretty clear at this time that the Romans were going to destroy Jerusalem and the coins were virtually worthless. It seems like a waste of metal.”

Orenstein has arrived at a powerful conclusion.

“Inscribed on the coins were phrases like, ‘For the freedom of Zion,” he explained. “Even though the battle against Rome seemed hopeless at the time, the Jews believed, hoped, and prayed that one day, their descendants would return to Jerusalem and find these coins. They wanted us to know that they lived and died for Jerusalem. 2,000 years later, their prayers were finally answered and today, there is a sovereign Jewish Jerusalem.”

The dig was made even more difficult since the Arab village of Silwan was built on top of the site. Archaeologists had to dig horizontally, using steel beams to support the ground above.

Doron Spielman, vice president of the City of David Foundation, wrote a Times of Israel op-ed on Sunday, describing the unique operation to uncover the site.

“The discovery of the Pilgrimage Road was an unprecedented scientific feat of biblical proportions,” he wrote. “Unlike most archaeological digs which begin from the ground down, this excavation was done subterraneously, beneath the hustle and bustle of modern Jerusalem,” he wrote. “Dozens of fiber optic cable cameras were used to decipher where to excavate, while maps and diagrams made by archaeologists over the last century and a half paved the way forward,” Spielman added.

U.S. Ambassador David Friedman, White House Special Representative for International Negotiations Jason Greenblatt and an array of Israeli ministers and members of Knesset were invited to the event.

In his op-ed, Spielman emphasized the relevance of the ancient City of David to the U.S.

“Two millennia after the last Jews of Jerusalem left their message to mankind another is being written into our memories. The people of Israel have returned to Jerusalem, and the City of David has also returned as an anchor of Western civilization.

“Upon these ancient stones, the biblical prophets delivered revolutionary messages of peace, freedom, liberty and justice for all. These values are the shared roots on which the United States of America and Western civilization were founded and they continue to enhance the lives of billions.”

The U.S. representatives seemed to agree.

“The City of David brings truth and science to a debate that has been marred for too long by myths and deceptions,” US Ambassador Friedman told the JPost Magazine. “Its findings, in most cases by secular archeologists, bring an end to the baseless efforts to deny the historical fact of Jerusalem’s ancient connection to the Jewish people.”

“There has been enormous support for the City of David by the American public,” he said. “This is yet another example – and a great one – of the recognition of the Judeo-Christian values upon which both nations were founded.”

Orenstein agreed, noting that the role of Jerusalem is unlike any other city and has special significance for its ally on the other side of the world.

“The Americans understand that the foundations the United States are built upon are the Judeo-Christian heritage with its roots in Jerusalem,” Orenstein said. “The City of David is not simply a Jewish or Israeli heritage site but it is, in fact, an American heritage site as well in the same way Valley Forge is American. We see ourselves as the stewards, not just for the Jewish people, but for all people.”

He emphasized that this was consistent with, and implicit in, Jerusalem’s role as the host of the Temple.

I will bring them to My sacred mount And let them rejoice in My house of prayer. Their burnt offerings and sacrifices Shall be welcome on My mizbayach; For My House shall be called A house of prayer for all peoples. Isaiah 56:7

The site is expected to be open to the public in a few months.