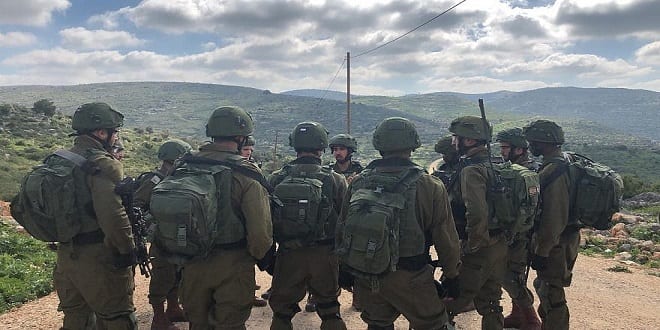 Rabbi Yekutiel Fish,  an expert in Jewish mysticism who blogs in Hebrew under the title ‘Sod Chashmal,’ told Breaking Israel News that the final redemption is very close indeed. He also noted two clear signs that this is so, signs that will be seen in newspaper headlines.

“According to our calculations, there will be a war by the end of the summer, certainly before the Jewish high-holidays,”  Rabbi Fish said.

One of his calculations was based on a section of the Talmud.

Rabbi Fish explained that the term שער (gate) refers to government or leadership, as seen in a  verse in Deuteronomy.

You shall appoint magistrates and officials for your tribes (gates), in all the settlements that Hashem your God is giving you, and they shall govern the people with due justice. Deuteronomy 16:1

In a recent blog, Rabbi Fish cited a commentary that explains the words שער (gate) as an acronym for שִׁלְטוֹן עֵרֶב רב (rule by the mixed multitude). Rabbi Fish explained the ‘gate’ referred to the government of Israel.

According to Jewish tradition, there will be two end-of-days conflicts: the Gog and Magog conflict in which foreign nations rise up against Israel, and another internal conflict between Jews and a Jewish mixed multitude.

“The ‘gate’ fell when Avigdor Liberman (the head of the Yisrael Beiteinu party) resigned as Defense Minister, breaking the ruling coalition and leading to a call for elections,” Rabbi Fish said. “It fell again when Netanyahu failed to make a coalition last month, leading to a second round of elections for the first time in Israeli history.”

The rabbi made a prediction about the future of Israeli politics.

“The ‘gate’ will fall a third time,” Rabbi Fish said. “This will happen when the second round of elections fail. Again, there will be no coalition. The root source of this political failure is the same as the erev rav (mixed multitude) in the Exodus whose methodology was to vie for the leadership of Israel by sowing discontent.”

Rabbi Fish’s prediction that elections will fail to create a new Israeli government is consistent with a 40-year-old prophecy that was recently revealed in Breaking Israel News. Rabbi Kaduri, the most prominent Kabbalist of this generation, was asked when the Moshiach (Messiah) would arrive and whether there were signs the would precede his arrival. The rabbi answered, ‘When there will be elections but there will not be a government’.”

Rabbi Yosef Berger, the rabbi of King David’s Tomb on Mount Zion, agreed with Rabbi Fish’s assessment, adding that the precedent is in the Bible for all to see.

“The soon-to-be redemption will mirror the Exodus from Egypt,” Rabbi Berger told Breaking Israel News. “Just as they did when the Jews left Egypt, the mixed multitude will be within Israel in the final redemption, even inside of the modern state of Israel. There will certainly be a huge surge in anti-Semitism in the end-of-days from without, from the 70 nations, most especially Ishmael and Edom. But there will also be a huge rise in the mixed multitude.”

“The mixed multitude were and will be especially represented among the Jews,” Rabbi Berger said. “These are Jews who fight against redemption from within, even urging us to go back to Egypt, praising life in exile even at the expense of allying with people who have declared themselves to be the enemies of Israel.”

“Like Korach, the mixed multitude want to be in control, the leaders of the nation of Israel. This is rising in Israel now. Very soon, God forbid, we may even see Jewish antisemitism, Jews attacking Jews, even in Israel. We are already seeing this in politics in America and now, it is making its way into Israeli politics. The secular and the religious parties have always come to agreements, compromises. All of a sudden, Netanyahu won the election but cannot form a government because Lieberman refuses to sit in a coalition with the religious. This can very quickly develop into actual hatred of the Torah and Jews.”