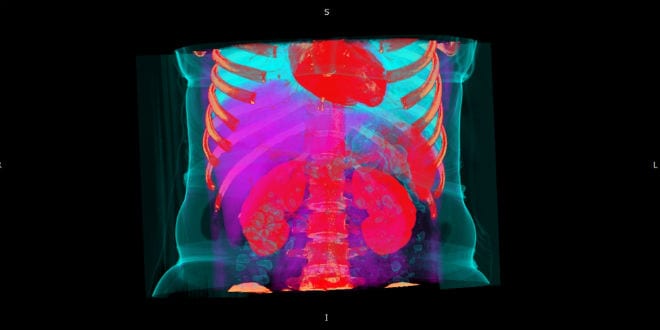 The human immune system is like a Superman whose primary task is to defend the body against viruses, cancer cells and other pathogens. The most important weapons in the immune system are T cells, a group of white blood cells that play a central role in immune response, recognize and target specific cells throughout the body that must be eliminated.

These cells are the guardians of the body and can usually eliminate threats such as influenza, chicken pox and other diseases within a few days.

But sometimes, infections can persist over the course of several months, causing chronic diseases. It is believed that the same goes for cancer cells that pop up in the body and to which the immune system is constantly exposed. This puts tremendous pressure on the immune system, which on the one hand tries to actively eliminate these threats but on the other, limits its action so as not to cause collateral damage to healthy cells, chronic inflammation or autoimmune diseases.

Thus, T-cells often suffer from a state of exhaustion, which slows down their activity, and they fail to fully get rid of a disease, such as in cancer.

Scientists have suggested that reversing this state of exhaustion may re-establish proper immunity. Indeed, the 2018 Nobel Prize for Medicine or Physiology was awarded to Prof. James P. Allison of the University of Texas-MD Anderson Cancer Center and immunology Prof. Tasuku Honjo of Kyoto University for their discovery of cancer therapy by inhibition of negative immune regulation. Allison was recognized for his work on CTLA-4, a checkpoint protein that inhibits T cells from attacking malignant cells. Honjo discovered the PD-1 protein family, which inhibit T cells from attacking by a different mechanism.

The two laureates thus found the “molecular brakes” in T-cells that force them to become exhausted. But until now the general mechanisms that orchestrate this have remained a mystery.

In a paper just published today in the prestigious journal Nature, an international group of scientists from Israel, Germany, Switzerland, Australia and the US, led by Prof. Dietmar Zehn, of the Technological University of Munich, has elucidated part of this mechanism for the first time.

“Thanks to this international collaboration, we demonstrated that the protein called Tox is a master regulator of exhaustion state in T cells,” said Prof. Cyrille Cohen, a cancer immunologist at the Mina and Everard Goodman Faculty of Life Sciences at Bar-Ilan University in Ramat Gan near Tel Aviv, who participated in the study. “This protein, when active in T cells, is able to drive them into a state of severe non-responsiveness.”

Cohen studied this phenomenon in human cells in a model of melanoma, successfully demonstrating a link between the expression of Tox in T-cells and the induction of hypo-responsiveness, or diminished response to cancer.

The study may provide researchers with a better understanding of how T cells are repressed and help them unlock their potential in fighting chronic diseases. “Now, with this information in hand, we can think about how to neutralize some of these barriers so that we may restore the normal function of the immune system, even in chronic diseases, to better fight cancer or viral diseases,” concluded Cohen.