30 BDS Organizations Lose Fundraising Accounts Due to Ties With Terrorism 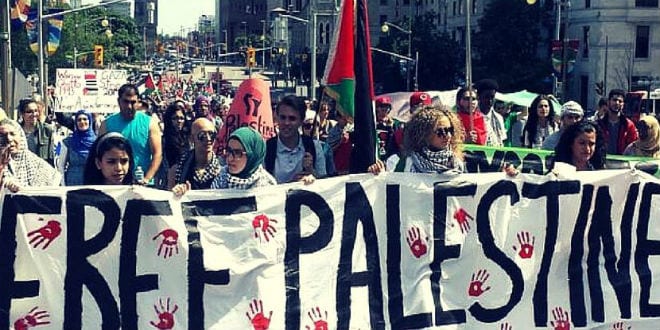 Israel’s Strategic Affairs Ministry released a report on Monday revealing that a two-year ministry campaign to dry up the funds of pro-Boycott, Divestment and Sanctions (BDS) movement organizations with ties to terrorist organizations has resulted in the closure of 30 financial accounts in Western countries.

“For years, boycott promoters have disguised themselves as ‘human rights activists,’ managing to raise tens of millions of euros from Western countries and citizens who thought they were contributing to causes supporting justice and equality,” said Strategic Affairs Minister Gilad Erdan in a statement. “Over time, however, we have revealed that the supposed ‘human rights’ NGOs are actually filled with anti-Semitic operatives with deep ties to terrorist groups fixated on destroying the State of Israel.”

“Our efforts have drastically undermined the boycott campaign,” said Erdan, directly reducing the funding of pro-boycott NGOs and also “barr[ing them] from receiving financial services.”

Included in the 10 American and 20 European accounts were the PayPal, Donorbox and Plaid accounts of the Samidoun Palestinian Prisoner Solidarity Network, after it was divulged that Samidoun maintained close ties with the Popular Front for the Liberation of Palestine (PFLP) and utilizes terrorists as representatives in Europe. The credit card accounts of Al-Haq were also closed, after it was discovered that the director general of the organization was a senior PFLP terrorist who had spent several terms in Israeli jails.

Erdan spearheaded the 79-page report titled “Terrorists in Suits” published by the Strategic Affairs Ministry earlier this year, which revealed over 100 links between terrorists and organizations promoting BDS, and illustrated how terrorists hide under the guise of human rights activism.

According to Israel’s Channel 13, several NGOs, U.S., and French Jewish groups, as well as foreign journalists, took part in the effort to shutter the terror-related accounts.