America Doesn’t Have an Anti-Semitism Problem. American Politics Does

Home » America Doesn’t Have an Anti-Semitism Problem. American Politics Does 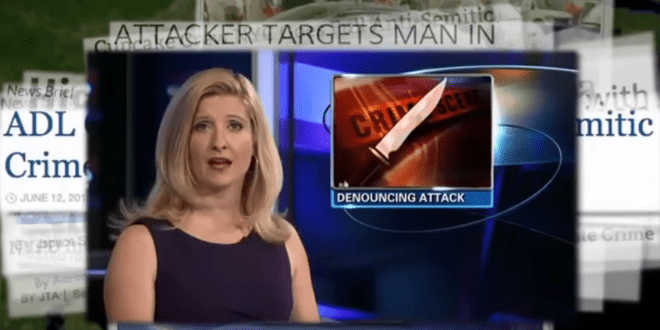 If anti-Semitism is thriving among Americans, there’s no sign of it in any of the latest polls. Americans are the least anti-Semitic people in the world. A 2017 poll, taken at the height of a spike in anti-Semitism, showed that 14% of Americans held anti-Semitic attitudes. That was up from 10% in 2015 and 12% in 2013. That’s not a great trend, but it also shows just how narrow the scope of the problem is.

It’s also dramatically different than the numbers from similar polls conducted in Europe.

There’s no climate of hatred in America. The rising anti-Semitic rhetoric and violence are the work of small but highly active political groups who have become disproportionately influential in public life.

The rise in anti-Semitism isn’t happening among ordinary Americans, but among a narrow group of influencers. An anti-Semitic cartoon in the New York Times isn’t representative of the country. Neither is Rep. Ilhan Omar. Nor are Richard Spencer or the alt-righters who tweet their own anti-Semitic memes.

Anti-Semitic violence is rising. But the total number of incidents remains small. The perpetrators represent a small segment of the population. The violent doesn’t come from ‘anywhere’. On campuses and in synagogues, it comes from a small radical population of the alt-left and the alt-right. In urban areas, it originates with a slightly larger, but still fairly small population, of neighborhood bigots.

Anti-Semitism is marginal among Americans, but it’s increasingly mainstream in political activism.

Anti-Semitic incidents on campuses have doubled for several years in a row. Growing numbers of Jewish students report feeling intimidated and threatened. But the intimidation is the work of a small minority motivated by political ideology. The number of students engaging in campus harassment through hate groups such as Students for Justice in Palestine remains tiny. The real problem is the complicity of identity politics groups in supporting campus hate groups and administrators in turning a blind eye to it.

The harassment is most intense at a handful of top, but not truly elite schools, in a few states. The situation is not representative of the country or even its average campus. Even in the most problematic schools, only a small politically active minority plays any role in the harassment. But that minority dominates campuses and the campuses provide much of the future leadership of the country.

American politics isn’t anti-Semitic. But its leadership is becoming complicit in anti-Semitism.

Polls show that most Americans still view anti-Semitism as disgusting. But that’s no longer the case among political activists and elites as anti-Semitism becomes embedded within political movements.

America’s anti-Semitism problem is worst, not in small rural towns, but in urban media operations.

National politics was radicalized by media operations that took the marginal agendas of fringe groups and mainstreamed them. Anti-Semitism is just another one of those many radical agendas.

The media mainstreamed and normalized radicals like Tamika Mallory and Linda Sarsour while glossing over their hateful agendas. It celebrates and defends Rep. Omar’s bigotry. Rep. Omar is one of hundreds of members of the House. She’s a freshman with no notable accomplishments. The only reason that everyone in the country knows her name is because the media chose to turn her into a celebrity.

Muslims make up around 1% of the country.

How did a woman who represents 34% of 1% of the country suddenly become the face of a political movement that claims to represent half the country?

And why did Democrats rally behind a bigot who represents a third of a percent of the country?

Most Democrats are not anti-Semitic. Even most of the radicals backing Rep. Omar are not explicitly anti-Semitic. But they’re willing to defend anti-Semitism as part of an alliance with that hateful third.

That’s also how the anti-Semitic cartoon showed up in the New York Times.

American politics isn’t anti-Semitic. But it’s full of politically active people who will defend anti-Semites against charges of anti-Semitism because they agree with them on the rest of their political agenda.

Anti-Semitism in American politics is a symptom of this mainstreaming of political radicals.

The media may not be trying to intentionally mainstream anti-Semitism. As in Omar’s case, it’s collateral damage from mainstreaming radicals. The New York Times editorial staff didn’t wake up one morning and decide on the best way to mainstream anti-Semitism by printing a cartoon of Trump in Jewish religious garb. The anti-Semitic cartoon was collateral damage from mainstreaming radicals like Rep. Omar and Linda Sarsour who blurred the line between hatred of Israel and hatred of Jews.

Once the media mainstreamed anti-Semitic radicals, it defended them against charges of anti-Semitism.

Racial supremacism and obsessive hatred of Israel are radical views shared by few Americans. But they are the feverish obsessions of small, determined groups of activists who are defining national politics. As their activists gain traction, anti-Semitism leaks from the fringes and into movement organizations.

Radicals make up an even tinier percentage of the country than the campus. But anyone who reads, listens to and watches the media would think that a minority of radicals have become the majority.

This isn’t the Corbynization, but the ‘Campusization’ of American politics.

American politics have come to resemble the college campus with a small group of radicals calling the shot and a media that hardly anyone pays attention to defending them, while the majority doesn’t care.

The lessons of the battle against anti-Semitism on campuses will need to be applied to national politics. Jewish groups failed to fight the problem on college campuses. The graduates from many of these institutions went on to bigger and better things. And now the problem has gone nationwide.

The Campusization’ of American politics is the challenge of fighting to prevent a tiny minority of extremists from doing to the country what they have already done to the college campus.