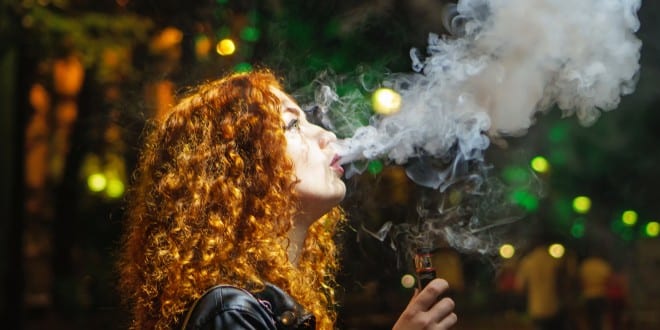 Public health experts in Britain, Israel and elsewhere are fuming over a recent statement by a government public health organization that claimed electronic cigarettes (e-cigs for vaping) are “95% safer” than conventional, tobacco-filled cigarettes.

The Israel Cancer Association (ICA) declared: “We were among the first to question the statement by Public Health England (PHE). Having 95% fewer substances does not indicate a reduction in damage at the same rate.”

Public Health England – established in 2013 – is an executive agency, sponsored by the UK’s department of health and social care responsibilities and has 5,000 employees. It states that its mission is to “make the public healthier and reducing differences between the health of different groups by promoting healthier lifestyles, advising government and supporting action by local government, the National Health Service and the public.” Its formation came as a result of reorganization of the National Health Service.

The PHE, which previously published an electronic cigarette support report, this time stated that “switching from smoking to cigarette use reduces the risk of smoking by 95% and almost eliminates the risks of passive smoking.” After its latest controversial statement about e-cigs – including a recommendation that addicted cigarette smokers switch to e-cigs – the PHE was accused of “turning a blind eye and ignoring evidence accumulated by leading medical personnel.”

Prof. Martin McKee, a leading world expert in European public health at the prestigious London School of Hygiene and Tropical Medicine, said the UK was “out of step” with countries on the issue of vaping. Electronic cigarettes are composed of liquid nicotine or other chemicals enhanced by fruit and other flavors to attract users.

The US has tried to warn young people, including teenagers, of the dangers of nicotine addiction from vaping, said McKee, who added that the San Francisco municipality had adopted a “sensible” policy of prohibiting the sale of e-cigs until their health effects are fully evaluated by the US government. After strong demands by anti-smoking groups and experts to prohibit the sale of e-cigs, the Israeli government passed a law to reduce the concentration of nicotine in e-cigs but did not prohibit their sale to those over the age of 18.

In an interview with the Press Association of Britain, McKee said PHE “seems to be doing everything it can to promote e-cigarettes” and was choosing to ignore warnings over the risks. “Given the short-term effects on lung function and cardiovascular effects, there is enough evidence to say we should be very, very careful,” he said.

“The nicotine in e-cigarettes is not a harmless drug and then there all these other things such as flavorings that are inhaled. We haven’t had e-cigarettes for long enough to know the true effects, but when we look at the evidence we do have, there’s enough grounds for serious concerns,” he continued. “If they are going to be demonstrated as a quitting aid, you’ve got to demonstrate that they are really a quitting aid and that they are at least as safe as or better than other products. But that has not been done. There is not the evidence at the population level that they are a useful quitting aid.”

McKee warned that e-cigs are increasingly attracting youngsters, not only teens but also those of elementary school age. “This creates an entirely avoidable risk of a new generation that will be addicted to nicotine.” They “could become hooked on Juul, an e-cigarette that has been blamed in the US for creating nicotine addiction in children, and which was introduced to the UK market last summer,” he added.

“I think e-cigarettes should be regulated as medicines which means you’ve got to demonstrate that they are safe and effective,” McKee said. “It’s as simple as that.”

The ICA, headed by Miri Ziv, noted that it was among the first to warn (including at the Knesset’s Labor, Welfare and Health Committee last November 27) against health damage and to cast doubt on the recommendations of the British report, which chose to side with e-cigs without referring to the long-term consequences.

Dr. David Biton, a physician and senior ICA information officer, explained that “the claim that there is a reduction in damage has no scientific basis. We said at that Knesset meeting that the PHE report serves as a fig leaf for the manufacturers of electronic cigarettes and should be questioned. The PHE’s misleading message…is intended to tempt ordinary cigarette smokers to switch to electronic cigarettes, young people and youth to the smoking cycle, so it seems that this is a replacement of damage more than to reduce the damage. To argue that an electronic cigarette is less harmful than a regular cigarette is, at this stage, equivalent to the claim that a heart attack is less harmful than cancer,” Biton said.

Frost continued that “there is not yet enough research on the long-term implications of the extent of the health damage associated with the use of electronic cigarettes, but it has already been found that e-cigs are not an innocent product and that they do contain toxic substances, known carcinogens and metals. They can also cause genetic changes in the oral cavity associated with the development of cancerous tumors, plus myocardial infarction, stroke and increased risk of angina pectoris or coronary heart disease and damage to the immune system.”

Biton concluded: “We already know that electronic cigarettes are suspected of causing seizures among teenagers, based on reports from the field, and recent studies also indicate a link between nicotine and cancer. This is not just a direct damage to smokers. In pregnant women, risk was seen for the developing fetus, as well as exposure to people exposed to the fumes of the electronic cigarette.”